They ... Descended Alive to the Pit

There is a very strange phenomenon in our parsha. Moshe Rabbeinu loved Am Yisrael deeply, and beseeched on their behalf many times, even to the point of foregoing his share in Olam Haba at the sin of the golden calf -- "If not, erase me now from Your book that You have written" (Shemot 32:32), which the Zohar explains as Olam Haba. Why was he so extreme in his punishment of Korach, seeking for him a death that did not exist before? "If Hashem will create a new creation, and the earth opens its mouth and swallows them and all that is theirs, and they will descend alive to the pit -- then you shall know that these men have provoked Hashem." (Bamidbar 16:30) If Moshe had said that a snake should bite them, or that a fire should come forth from heaven and burn them, this would have provided the same proof that G-d sent him and that they are the disproven!

Rav Goren zt"l provides a novel interpretation of this strange phenomenon. The families of Kehat were appointed over the vessels of the Mishkan. "Their charge was the Ark, the Table, the Menorah, the Altars and the sacred utensils." (3:31) Midrash Tanchuma teaches that Korach was among the bearers of the Ark, and there was a special prohibition not to cause them death, "Do not let the tribe of the Kehati families be cut off from among the Levites. Thus you shall do for them so that they shall live and not die: when they approach the Holy of Holies..." (4:18-19) It says about this in the Midrash (Bamidbar Rabbah 5:1):

G-d said to Moshe and to Aharon: Do something for the children of Kehat so that they will not be cut off from the world: "Thus you shall do for them so that they shall live and not die." (4:19)

Thus, Moshe and Aharon were especially commanded to look out for the lives of the descendents of Kehat, and were warned in this regard with a positive and negative commandment: "Do not let the tribe of the Kehati families be cut off from among the Levites;" "Thus shall you do for them so that they shall live and not die."

Accordingly, Moshe was forbidden to ask for the death of the children of Korach, the bearers of the Ark, in any form, because then he would violate the special commandment, "so that they shall ... not die." There was no death with which to kill them, because Moshe and Aharon were commanded to look out for their lives. Therefore there was a special request, "the earth opens its mouth and swallows them and all that is theirs, and they will descend alive to the pit," without dying.

This is, indeed, what happened. "The earth opened its mouth and swallowed them ... They and all that was theirs descended alive to the pit; the earth covered them over and they were lost from among the congregation." (16:32-33) The goal was not that they should die, but that they should be lost from the congregation. Therefore the Torah emphasizes, "The sons of Korach did not die." (26:11)

The Chassidic Masters say that Moshe asked that they should go down alive out of his mercy, so that during their fall they would have the opportunity to repent. This, indeed, is what happened: "They contemplated Teshuva in their hearts, and therefore a place was fortified for them in Gehenom and they sat on it and sang." (Sanhedrin 110a) 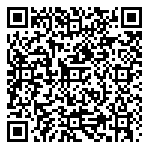