This is the Decree of the Torah

The Shibolei Haleket writes about what happened in his time on Fri., Erev Shabbat Parshat Chukat, when twenty-four wagons full of Talmud scrolls were burned in France. The rabbis of the time posed the question whether this was a Divine decree, and the response in a dream was, "This is the decree of the Torah." I.e., the day of this parsha caused this decree against the Torah. From that day on, individuals accepted upon themselves to fast each and every year on the Fri. of Parshat Chukat.

The Maharam of Rothenburg wrote about this terrible tragedy the famous kina (recited on Tisha B'Av), "Sha'ali serufah ba'esh." Some linked the burning of the Talmud books to the fact that in France they belittled the honor of the Rambam in the Maimonidian controversy. In the place that the works of the Rambam were burned, there also the books of the Talmud were burned. It is said that R. Yona wrote his sefer, Sha'arei Teshuva, as a means of compensation for the burning of the Rambam's works.

R. Moshe Chaim Luzzato writes in a letter to his mentor, R. Yeshayahu Basan, about another decree that was in Italy a few hundred years after the decree in France. He also links this decree to the words of the Targum, "This is the decree of the Torah." He writes that in these places there were big persecutions because people did not sufficiently dedicate themselves to learning Torah, but followed the pleasures of the world.

The Shach similarly writes in his work, "Megillat Eiphah," in his kinah about the Chmielnicki massacres of 1648, that on Fri., 4 Tammuz, two great communities 60 miles apart were destroyed. This is what the pasuk alludes to in the parsha, "The [serpents] bit the people, and many people of Israel died." (Bamidbar 21:6)

There were other incidents that caused the writers of the time to write that this day, the Fri. of Parshat Chukat, is of bad omen. The Chasam Sofer writes in his sermons that perhaps this is the allusion of the pasuk, "Let them take to you a red heifer," on which the Midrash comments, "To you I reveal the reason of the heifer." He writes about this: "See Magen Avraham (480:9) that this is a language of decree and sorrow. It would appear that to Moshe Rabbeinu there was sorrow, since G-d revealed him the secret, and, as it says, 'To you I reveal it, and to others it is a decree.' [Moshe] would have preferred not to know, than to know and not reveal to others."

About a hundred years ago, a kinah was publicized in Vienna about the destruction of the Krems community:

This decree, for this day reserved,On Fri., of "Zot chukat Hatorah."The merit of these saintly is like the burning of the heifer;Their merit should forever be remembered to us.

Therefore, the custom was to fast on these days. The poskim even dealt with the question of whether to complete the fast when it falls on Erev Shabbat.

The Minchat Yitzchak explains the Targum in an entirely different direction, based on the words of the Kli Yakar in explaining Rashi's comment, "It [the red heifer] is always called on your [Moshe's] name." Chazal say that the heifer atones for the sin of the golden calf. Just as Moshe began the atonement with the burning of the calf and grinding it until thin as dust, so, too, the completion of the atonement is with the burning of the heifer. Therefore, the conclusion is called after him, since is mitzvah is credited to the one who completes it. The beginning of the atonement was with the breaking of the Tablets, about which G-d said, "Yishar Koach that you broke [them]." This is what the Targum alludes to: This – i.e., this heifer – is the completion of the beginning of the decree of the Torah, of the breaking of the Tablets. 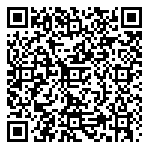