The story of Mei-Meriva is very unclear, and many explanations have been offered as to the exact nature of Moshe's sin. Rashi, for example, explains that Moshe was supposed to speak to the stone, but he hit it instead. There are a number of difficulties with this explanation.

1. Why was Moshe told to take the staff with him if he was not meant to use it?

2. G-d tells Moshe that he and Aharon are not being allowed to enter the Land of Israel, "because you have not had faith in Me ("lo he'emantem bi") to sanctify Me ... because you have trespassed against Me ("me`altem bi")." (Devarim 32:51) What sanctification was supposed to be brought about, and what trespassing was involved?

3. Is it possible to say that Moshe lacked faith?

4. Why was Aharon, who was completely passive, included in the sin and its punishment?

5. What is the connection between the sin and the resulting punishment not to enter the land of Israel?

The Netziv offers an alternate explanation which answers these questions. Sefer Bamidbar is the book which deals with the transition from the miraculous lifestyle of the wilderness to the natural lifestyle which was intended for the land of Israel. The event of Mei-Meriva takes place in the fortieth year, just as the people were about to enter the land, and through it G-d wanted to teach Israel how to lead their lives in the natural environment of Eretz Yisrael.

One of the fundamental aspects of G-d's dominion in Eretz Yisrael is His provision of sustenance and rain. The Torah emphasizes the importance of rain specifically in Eretz Yisrael, in contrast to the land of Egypt which was irrigated by the Nile:

The land that you are coming there to inherit it is not like the land of Egypt ... that you water with your feet ... But the land that you are crossing over to there to inherit it, ... you will drink water from the rain of the heavens ... If you listen to my commandments ... I will give the rain for your land in its time ... Be careful lest your hearts be tempted ... He will shut the heavens and there will not be rain. (Devarim 11:10-17)

The mishna (Ta`anit 15a) relates that when there would be a shortage of rain, the people would gather, and the leader of the community would say words of rebuke (or a halacha), and then they would begin their prayers and fasts. At Mei-Meriva, G-d wanted to teach Israel this method and to demonstrate to them the power of public prayer.

The midrash comments on the verse, "Speak to the stone" (Bamidbar 20:8), "Teach it one chapter [of laws], and it will give forth water from the stone." (Yalkut Shim`oni) In other words, Moshe was not told to speak to the stone and command it to give water, but rather to say words of Torah and prayer. This was in order to teach Israel that in Eretz Yisrael there is no need for the miraculous abilities of Moshe and his staff in order to make a living, but rather, in the merit of Torah and prayer one can earn a living through natural means. G-d did not instruct Moshe to use the staff and hit with it, but just to hold it in his hand while he talked and prayed. This was to emphasize that the era of the staff and daily supernatural miracles was over, and from now on the mode of Divine intervention would be through natural means.

Moshe did, indeed, speak and rebuke, but he did so in an angry manner, which caused him to forget the halacha that was supposed to lead and inspire them to prayer. This is what Hazal mean when they say about this event, "He became angry and made a mistake" (Sifrei Bamidbar 31:21) - that he was unable to properly express the halacha. He therefore hit with the staff, and once again acted through the means of a miracle. This is why the Torah calls this act one of "me`ila" (trespassing), since one who performs a miracle without G-d's desire for it trespasses and is punished. [The Gemara (Ta`anit 22) relates that Rava was rebuked by heaven for having caused a miraculous rain in the summer.] In this way, Aharon also sinned, since he too was included in the original command, "v'dibartem" (you (pl.) should speak), and he did not do so.

This explanation answers the other difficulties as well. Had Moshe and Aharon done as they were told, they would have strengthened the faith of the people, who would have seen that Israel is answered through Torah and prayer. This is why "lo he'emantem" is in the causative form; their sin was not that they themselves lacked belief, but rather that they had lost an opportunity to promote belief in Israel. The sanctification that was supposed to ensue, "to sanctify me," refers to prayer, which is done with sanctity in public, and they failed to do. Finally, the reason that they were not permitted to enter Eretz Yisrael is because it became evident that Moshe and Aharon were unable to lead the people in the natural mode necessary in Eretz Yisrael, only through the miraculous mode of the staff.

This idea of the Netziv is encapsulated in a fascinating expression in the Zohar:

It says about the Torah, "My words are like fire, says G-d, and like a hammer that shatters a stone." (Yirmiyahu 23:29) This refers to the stone about which it was said, "Speak to the stone in front of them and it should provide its waters." (Bamidbar 20:8)

In other words, the lesson of Mei-Meriva is that Torah itself has the power to shatter the stone, and to provide water and sustenance. 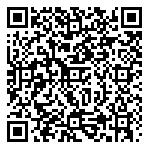