Mashiach and the Ingathering of the Exiles

The concept of the Mashiach has its source in our parsha, according to the Rambam (Hil. Melachim 11:1):

The Messiah king is destined to rise and to return the Davidic dynasty to its former state, to its initial rule. He will build the Temple and gather the dispersed Jews ... Whoever does not believe in him, or does not wait for his coming, denies not only the other prophets, but rather the Torah and Moshe Rabbeinu, since the Torah testifies about [the Mashiach], as it says: "Hashem, your G-d, will bring back your captivity and have mercy upon you, and He will gather you in ... If your dispersed will be at the ends of Heaven ... Hashem, your G-d, will bring you back to the Land" (Devarim 30:3-5) ... It is also mentioned in the parsha of Bilaam, and there he prophesied about the two Messiahs: the first Messiah, who is David, who delivered Israel from their enemies, and the final Messiah, who will rise from his descendents, who will deliver Israel in the end. There [Bilaam] says, "I shall see him, but not now" (Bamidbar 24:17) -- this is David; "I shall look at him, but it is not near" -- this is the Messiah king.

Furthermore, where in the Torah do we find that there is a special mitzvah to await the coming of the Mashiach, and that belief that he will come is insufficient?

On this pasuk, "I shall look at him but it is not near" (ashurenu velo karov), which speaks about the Mashiah according to the Rambam, Sha'arei Ora cites Rashi's comment on the pasuk, "kenamer al derech ashur" (Hoshea 13:7). Rashi explains the word ashur here does not refer to the place, Ashur (Assyria), but rather it means "I will lie in wait, or lurk"  (like a leapord I will lurk on the road), as in "ashurenu velo karov." Thus, the word ashurenu has the connotation of lying in wait, like an ambush who awaits the person who is supposed to pass by. So, too, ashurenu -- I will await this event consistently and with diligence.

Rav Zvi Yehuda Kook zt"l pointed to a further connection between Mashiach and the ingathering of the exiles. In Parshat Shemini there is a list of unkosher birds, "the tinshemet the kaat and the racham" (Vayikra 11:18). The Gemara (Chulin 63a) identifies the racham as the shrakrak. "R. Yochanan says: Why is he called racham? When the racham comes -- rachamim (mercy) comes to the world." The Gemara explains that if it stands on ground and whistles (shorek), it is a sign that the Mashiach is coming, as it says, "I will whistle to them and gather them." (Zechariah 10:8) Thus, the ingathering of the exiles is connected to the coming of the Messiahs, and the two are interdependent.

Rav Kook adds the Tur (O.C. #286) writes that in Ashkenaz the practice is to say in Shabbat Musaf, "Tikanta Shabbat ratzita korbenoteha." This prayer is based on the backwards aleph-bet of TaSHRaK signifying the redemption, as it says, "I will whistle (eshreka) to them and gather them." The Beit Yosef explains that the redemption will ultimately come in the merit of Shabbat, as it says, "The barren ones who observe my Shabbat ... I will bring them to My holy  mountain." (Yeshaya 56:4-7) The inverted aleph-bet of TaSHRaK indicates backwards order, since the order of the redemption will raise many strong questions.

Rav Teichtel zt"l writes about this in Em Habanim Semeichah:

Why will this be, to herald the greatest news that we await for with eager anticipation specifically through unkosher birds? ... The truth is, as Iyov already said, "Can you achieve an understanding of G-d?" (Iyov 11:7) Who can achieve and who can understand His ways? "[Only] G-d understands its way" (28:23), why He accomplishes his errand through this creature, and what issue do you have with these Divine secrets?! ... Our saintly Rebbe, in the holy work, Noam Elimelech calls the wicked of Israel "unkosher birds," and writes based upon the Kabbalah that they are the unkosher birds mentioned in the Torah [who will herald the redemption]. 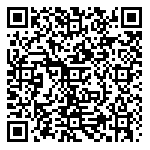