The Gemara states (Berachot 12b) that Chazal would have incorporated parshat Balak in the daily recital of Shema, had they not been concerned about burdening the people because of its length. The reason behind this is that the Unity of G-d, which is the theme of Shema Yisrael, is closely related to the unity and eternity of the Jewish people. Chazal expound on Yeshayah's prophecy (43:12), "You are my witnesses, the word of Hashem, and I am G-d. -- If you are my witnesses, then I am G-d; if you are not My witnesses, then (figuratively speaking) I am not G-d." In parshat Balak, we find important principles regarding the essence of Am Yisrael and its relationship towards G-d, a relationship of closeness and love.

At the end of parshat Balak (25:3), the Torah says, "Israel became attached ("vayitzamed") to Ba'al Pe'or." Yet, the Torah states in Devarim (4:4), "You, who cling ("hadeveikim") to Hashem, your G-d ..." The Gemara (Sanhedrin 64a), in order to resolve this apparent contradiction, explains that the word "vayitzamed - attached" which we find in Balak connotes a relationship similar to that of a bracelet ("tzamid") which is worn around the arm, but is not actually connected to it. However, the term "deveikim - cling" denotes a relationship in which the two parties are completely connected to one another.

Because of this connection to G-d, Jews are unique, and differ from the other nations of the world. The innate nature of the Jewish people is G-dly; any evil which exists amongst them is only superficial, and can be cleansed and atoned for. Due to this, "A Jew, although he sins, is still considered a Jew." Similarly, "Your people are all righteous." (Yeshayah 60:21) Even when the Jewish people stray from G-d and worship idols, this desire is not inherent. Rather, as the Maharal writes, worshipping idols for the Jewish people is an aberration from the norm ("mikreh"), and not indicative of their innate nature ("etzem").

In the midrash, R. Yitzchak offers the following parable to illustrate the unique bond between G-d and Israel (Shir Hashirim Rabbah, Parsha 1):

Once there was a noblewoman who had a Cushite (black) maid, who went down with her friend to draw water from the spring. The maid told her friend, "My friend, tomorrow my master will divorce his wife and marry me!" [The friend asked,] "Why?" [The maid] responded, "Because he saw that her hands were blackened with coal." [The friend] said, "You fool, let your ears hear what your mouth is saying! If you are saying that his wife, whom he loves dearly, he is divorcing because her hands were dirty - you, who are entirely covered with grime and are darkened from birth, all the more so!"

Similarly, since the nations of the world taunt the Jewish people, "This nation exchanged their Glory for the likeness of an ox [at the sin of the golden calf]," Israel responds, "If we were punished so for one moment [of transgression], you all the more so! ... That is what is said, "Do not look upon me that I am dark, for the sun has darkened me." (Shir Hashirim 1:6)

Bil`am said (23:21), "He did not perceive ("hibit") any iniquity in Ya'akov, and did not see ("ra'ah") any perversity in Yisrael." The name Ya'akov represents the lower echelons within the Jewish people, whereas the name Yisrael signifies the elite. [It is explained in the name of the AR"I, z"l, that Ya'akov comes form the word "eikev" (heel), while Yisrael is composed of the same letters as the words, "li rosh" (my head).] Furthermore, the term "hibit," used in conjunction with Yaakov, is a penetrating sight that sees all, while the term "ra`ah," used in conjunction with Yisrael, refers to a peripheral look.

We can thus explain Bil`am's words, that the penetrating sight of "hibit" will not uncover any deep-rooted sins even amongst the commoners, for the sins of the Jews are all external, and not a part of their essence. Moreover, when examining the elite of the Jewish people, one does not find anything to be wrong even with an external viewing of "ra'ah".

The key to clinging to Hashem is being a part of the congregation. It is therefore important that every Jew belong to the group, and then G-d "dwells with them amid their contamination." (Vayikra 16:16) Similarly, the Sefat Emet explains that the basis of sin is separation from the congregation, and the basis of repentance is through returning to it.

Balak said to Bil`am (23:13), "You will see its edge but not see all of it." The masorah notes that the word "vechulo" (all of it) appears only twice in Tanach, here in Balak, and in Shir Hashirim in the verse, "vechulo machamadim - all of he is desirable." Therefore, Balak told Bil'am not to see of Israel, because he would not be able to curse B'nei Yisrael if he saw all of it. Similarly, it says, "Kuloch yafa r`ayati - You are all beautiful, my wife [B'nei Yisrael] - and you have no blemish." Chazal explain that when the individual is connected with the congregation, despite his personal, individual deficiencies, he merits all the privileges given to the congregation. 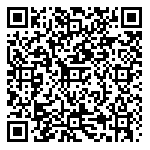