Many people today speak of and pursue "self-fulfillment," which means actualizing each person's unique potential. Some apply it on the material plane and some on the spiritual plane. Clearly this is a positive and vital thing. However, the purpose of this self-fulfillment must be clearly recognized.

Pinchas's zealotry was positive because he was not acting out of personal interests; he was acting to save the nation.

In the past few decades, some have attempted to remove Torah from the three elements. The State's founders thought that it was possible to make do with a nationality that was comprised out of only two of the three – land and people. As a consequence they spoke only of history, culture, tradition, literature and the language.

Rav Kook zt"l wrote about this a hundred years ago:

The mighty hand that is armed with unrestraint and gentile practices, without memory of the real holiness of Israel; that covers it's shards with ... false nationality, with kernels of history and love of language; that clothes life with an external Israeli shape while the entire inside is not Jewish at all; it is about to become a monster and destroyer and will inevitably lead towards hatred to the Land of Israel and the nation of Israel, as we have learned from experience.

It seems that today there is no need to prove this statement. When we remove religion from nationality – nothing remains, not even land or language. It is very painful to witness children from the Nation of the Book who cannot read or write, whereas in previous generations every child was taught to read.

Back then zealotry was the province of the tribe of Levi. Today it is up to the young people of Israel to guard the nation's values. The Rambam writes in Sefer Hamitzvot (#9), that the mitzvah of sanctifying Hashem's name is to spread faith and not be afraid. This is the exact opposite of what happened during the time of Nevuchadnezzar, when everyone bowed down to the idol. It was a great disgrace to Israel that no one was willing to sanctify Hashem's name. However, the prophet Yeshayahu predicted that there will be young men at that difficult time who will not be scared by death, and they will forego their lives, and publicize the faith, and sanctify the Name in public, as he promised when saying, "Yaakov will no longer be shamed, and now his face will not turn pale, for when he sees his children, the work of My hands, in his midst who will sanctify My Name..." (Yeshaya 29:22-23)

The Sifra states: "On this condition I took you out from the land of Egypt, so that you will sanctify My name in public."

The Yeshiva is the only place that educates towards this kind of perfection of land, nation and Torah. We are the only ones who connect the many links from the Revelation at Sinai to the days of the Mashiach.

This is a great responsibility that is placed upon every young Jewish man and woman in Israel, to develop and fulfill himself in order to strengthen the national body.

When Rav Kook zt"l was asked what occupation to choose to study in university, he responded: linguistics or agriculture. He did not suggest a career occupation that delivers lots of money; instead he suggested what Am Yisrael needed at the time.

A Labor Party member once commented at a symposium: Once we all rode in the same train. We (the irreligious Zionists) were in the locomotive and you functioned in the remaining cars as Kashrut inspectors. You were in charge of kosher food, Halachic marriages, etc. That was acceptable to us. Now, though, the roles are reversed – we are being led in the cars and you are leading in the locomotive. This is intolerable.

However, this is our role today: to lead, to spread faith, and to maintain the integrity of the land, nation and Torah.

The education for this kind of self-fulfillment has produced glorious fruit like the Hesder Yeshiva student who died in Jenin. There was a letter in his pocket that he wrote to his fiancé. We will conclude with some words from his letter:

I feel, on the one hand, that the thing I want most is to establish a house and family together with you. Yet, on the other hand, I feel that the thing I want most is to embark on this mission, and hit those villains so hard so that they will never ever think about perpetrating another terrorist attack ... We will be willing to pay the price and I will be willing to pay this price. Don't be angry with me, but in moments like these the feeling of belonging to all of Israel is supposed to guide you. You have to strike wickedness with all your force, as if you do not possess a private life. 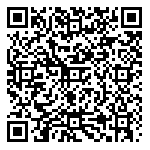