Haftorah: "To Implant the Heavens and Found the Earth"

In the beginning of this week's Haftorah, Yeshaya encourages the people, who are afraid of the oppressor's fury. He argues that the oppressor is only a mere mortal, whereas G-d, Who protects the nation, is the One "Who spread out the heavens and set the foundations of the earth" (Yeshaya 51:13) and "Who stirs up the sea and its waves rage." (51:15) Therefore, there is no need for the nation to fear.

According to this explanation, Hashem is promising protection to the prophet, that he should bear his words to the people and the other nations, and when he encounters stubborn resistance, "I have placed My words in your mouth – and with the shade of My hand I have covered you," similar to the promise to Yirmiya, "They will wage war against you, but will be unable to [defeat you] for I am with you – the word of Hashem – to rescue you." (Yirmiya 1:9) What is the content of this prophecy? According to Targum and Rashi, it is the existence of Am Yisrael, which is compared to the stars and the sand. According to the Malbim, the sky and the earth are mentioned here to emphasize that the redemption of Israel will certainly come, even if G-d will need to create a new heaven and earth.

Why does the prophet require encouragement and support in the middle of a prophecy of consolation? [With Yirmiya, the words of encouragement appear in his first prophecy, at his initiation as a prophet. (See also Yirmiya ch. 15.)] We already mentioned that in the previous verses Yeshaya encourages the people by saying: "You have forgotten Hashem, your Maker, Who spread out the heavens and set the foundation s of the earth, and you are terrified continually, all day long, because of the oppressor's fury when he prepares to destroy – but where is the oppressor's fury?" (51:13) The prophet himself is liable to be caught up in this fear of the heathen oppressor and of Am Yisrael itself, and therefore G-d strengthens him: "With the shade of My hand I have covered you – to implant the heavens and to set a foundation for the earth," just as he himself strengthened the people beforehand.

Radak opts for the second way and explains that in the pasuk Hashem turns to the people: "I have placed... – Behold, I have placed a word in your mouth to be My nation. [This verse is] similar to, 'My words that I have placed in your mouth.' (59:21)" Da'at Mikra (Yeshaya 51:16 note 6) adds:

There the words are said to all of Israel (since it says in the beginning of the pasuk, "This is My covenant with them," and "them" relates to the pasuk beforehand, "A redeemer will come to Zion, and to those of Yaakov who repent of willful sin." (59:20)) It is also possible that the phrase, "I have placed My words in your mouth," alludes to what the Torah says about the Song of Ha'azinu, "Teach it to Bnei Yisrael, place it in their mouth." (Devarim 31:19)

According to this explanation, our pasuk serves as a direct continuation of what precedes it: "I, only I, am He who comforts you; who are you that you should be afraid of mortal humans?" Now Yeshaya promises them, once again, in G-d's name that since Am Yisrael bears G-d's Name and His message to the nations, as per, "You are My witnesses," therefore:

"With the shade of My hand I have covered you" – So that the nations will not be able to destroy you in the exile, so long as My words will be in your mouth ... All this I will cover over you in the exile until the time comes "to implant the heavens and to set a foundation for the earth," which is the time of ingathering of the exiles, when Israel will be a new world. Similarly, it says, "Behold, I am creating the new heaven and the new earth." (Radak)

R. Chaim Volozhoner adds a new flavor to our pasuk. In his opinion, the pasuk speaks to every Jew, as he is, and calls to him to remember his enormous potential level and the great abilities that are inherent in him, that are able "to implant the heavens and to set a foundation for the earth." This is the topic of the first section of the Sefer, Nefesh Hachaim. R. Chaim begins his sefer with an explanation of the pasuk, "In G-d's image He created [man]" (Bereishit 1:27), and with G-d's rule over all that He created:

In this image, as it were, He created man and gave him rule over many myriads of forces and endless number of worlds and delivered them in his hand that he should be the one who leads them ... Through his actions, talk and good thoughts he upholds and gives strength in a many forces and upper holy worlds and adds to them sanctity and light, as it says, "I put My words in your mouth ... to implant the heavens and to set a foundation for the earth." As Chazal teach, "Do not say your sons (banayich), but your builders (bonayich), for they are the ones who arrange the upper worlds, like a builder who arranges his building and give them additional strength." (ch. 3)

[In a comment in ch. 4 he interprets the Mishna (Avot 2:1): "Know what is above – from you! ... Since all that is done above in the upper realms, on the highest levels, everything is from you."]

His explanation seems more homiletical, since the connection of the pasuk to what comes beforehand is not understood. However, it is possible according to this interpretation that Yeshaya wants to contrast the lowliness of the oppressor, who is a "mortal human" and "men who will be made as grass," with the Jewish person, who has the ability "to implant the heavens and to set a foundation for the earth," a quality that is mentioned in our verses in relation to G-d Himself. If so, why the fear! 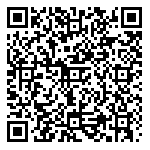