I will Erase and You shall Erase

There are two fundamental principles of Judaism that the Torah promises their fulfillment – Teshuva and Torah. A covenant was sealed with Am Yisrael regarding the Torah: "According to these words I have sealed a covenant with you and Israel." (Shemot 34:27), and the promise was made: "For it shall not be forgotten from its descendents." (Devarim 31:21) It also says in the prophets: "This is my covenant with them, said Hashem, My spirit which is upon you and My words that I have placed in your mouth will not be withdrawn from your mouth nor from the mouth of your offspring nor from the mouth of your offspring's offspring." (Yeshaya 59:21)

Regarding Teshuva, the Rambam writes: "Yisrael will be redeemed only through Teshuva. The Torah already promised that in the end, Israel will repent ... as it says: 'When these things will come upon you ... you will return to Hashem, your G-d.'"

In fact, the Tannaim and Amoraim argued about this point in the end of Masechet Sanhedrin (97b). R. Eliezer said that if Israel do not repent they will not be redeemed, whereas R. Yehoshua argued that even if they do not repent they will be redeemed. Each one of them brought proofs from verses for their respective opinions. How is it possible that the verses should contradict each other? It must be, as the Gemara says later on, that Mashiach will come either in a generation that is entirely righteous or a generation that is entirely guilty. Thus, there are two possibilities. There are verses that describe the redemption in a manner of Teshuva, and there are verses that deal with redemption without Teshuva. This is related to the verse, "I, Hashem, will hasten it in its time." (Yeshaya 60:22) Chazal commented: "If they are worthy – I will hasten it; if they are not worthy – in its time."

There is a redemption that will come hastily, as the clouds in the sky, and there is one that will come in its own slow pace, "poor and riding on a donkey."

The Achronim explain, based on the Gemara there, that even the one who says that redemption will come without Teshuva, the intention is without Teshuva motivated by love. Nonetheless, "G-d will set over them a king as harsh as Haman, and Israel will repent." I.e., in the end they will repent, just that this will be Divinely inspired, even against Am Yisrael's will. The prophet Yechezkel promised us, when the elders of Israel claimed that the covenant was nullified, "As for what enters you minds – it shall not be! As for what you say, 'We will be like the nations, like the families of the lands, to worship wood and stone.' As I live – the word of Hashem, G-d, [I swear that] I will rule over you with a strong hand and with an outstretched arm and with outpoured wrath." (Yechezkel 20:32-33)

This will be done through Divine initiative: "I will take you ... and I will gather you from all the lands and I will bring you to your Land. I will throw over you holy water ... and I will place in you a new heart ... and my spirit I will give in you and I will do that you should go in My statutes." (Yechezkel 36:24-27) Thus, there will be Divine intervention to cause purity, a new heart and a new spirit.

This is the allusion in the portion of Amalek. Amalek is the leader of all the evil forces that prevent Israel from repenting, from accepting the Torah – [Amalek came and battled with Israel in Refidim – they weaked their hands (rafu yedeihem) from the Torah"] – and from entering Eretz Yisrael. This is, "who encountered you on the way," who cooled off Israel. Based on the Zohar, it is Amalek who sits at the entrance to the heart and prevents Israel from repenting and coming to Israel; he is the Satan, and the evil inclination. Therefore, there is an obligation to destroy everything of Amalek. G-d informed Moshe, that he should not be afraid lest he will not be able to overcome them. Therefore, G-d says to Moshe, "Write this as a remembrance in the Book and place in the ears of Yehoshua, for I will surely erase the memory of Amalek from under the sky." In other words, the obligation is upon us, but we are promised by G-d, that even if we will not be able to prevail of our own accord, G-d will help us, and in the end He will erase their name, and clear the way to teshuva, Torah and full redemption: "I will remove the heart of stone from your flesh ... I will make it so that so that you will follow My decrees." (Yechezkel 36:26). 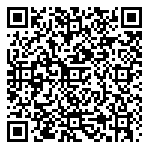