I will Surely Conceal My Face

"I will surely conceal ('haster astir') My face on that day." (Devarim 31:18) The Ba'al Shem Tov would often say, "I am very afraid of this concealment that is called 'haster astir,' more than of the concealment itself." That is, when a person suffers, but knows that G-d is hiding, he seeks after Him. However, when the person is not even aware of the concealment, he is not worried and doesn't submit, because he considers himself completely righteous, and therefore doesn't repent.

The Ba'al Shem Tov writes a parable about this, for it seems very strange, how could G-d hide His face from Israel? Rather, it is comparable to a king who made numerous illusionary obstacles before his palace, so that it would be impossible to reach him, and hid there. He made walls, and fire, and rivers -- all illusions -- before his children. The one who thought about this wisely said, "How could it be that a merciful father would not be willing to show his face to his children, his friends?" It must be that this is all an illusion, that the father wants to test if the child will attempt to come to him, and he really is not hiding. Immediately, when he plunged into the "river," the illusion was exposed and he crossed it, and so, too, all the other obstacles, until he came to the Royal Chamber. The fool was afraid even to begin to cross the barriers, and another crossed the water successfully, but went back because of the walls and the fire. The meaning of the parable is obvious.

"I shall descend with you to Egypt, and I shall also surely bring you up" (Bereishit 46:4), was said to Yaakov when he went down to Egypt. The Ba'al Shem Tov explains (Parshat Vayigash):

When you contemplate, that even in descent there is also, "I" -- that is, that the concealment that I will conceal Myself from you is also for your benefit, then -- "I shall surely bring you up," that is, that you will merit a lofty level, and this is, "surely bring you up." The Toldot Yaakov Yosef (the brother-in-law of the Ba'al Shem Tov) gives another parable about this. It is comparable to a king that sent one of his servants to test his subjects, and told him to pretend as if he were leading a rebellion against the king. Some said: "If you are the king, we are your servants," and they submitted to him. Some went out to war against him. Some said: "How could a lowly servant rebel against his master? Rather, he must certainly be doing the will of his master," and told him that they would make peace with him.

Whenever a person feels something restraining him, this is a sign that he is being tested specifically there, and that G-d is hiding there. G-d's name is Y-H. However, the yu"d has a crown which points upwards, and this alludes to the aleph, the Unique King of the world. When we examine the words "Hstr AstYr" we find that in the double concealment hide the letters A, Y-H. This teaches that G-d is a "hiding G-d," and the "I" is hidden within the double concealment. 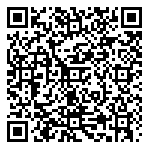