The Torah concludes with the greatness and achievements of Moshe Rabbeinu (Devarim 34:10-12):

Never again has there arisen in Israel a prophet like Moshe, whom Hashem had known face to face, as evidenced by all the signs and wonders that Hashem sent him to perform in the land of Egypt, against Pharaoh and all his courtiers and all his land, and by all the strong hand and awesome power that Moshe performed before the eyes of all Israel. Rashi, on the final verse, explains that "all the strong hand" alludes to receiving the two tablets in his hands; the "awesome power" alludes to the miracles and mighty deeds performed in the awesome desert; "before the eyes of all Israel" alludes to Moshe's initiative in breaking the tablets before all of Israel. This last allusion is striking. Why does the Torah conclude with the BREAKING of the tablets, something seemingly bad which reflects negatively about Am Yisrael?!

Furthermore, R. Shimon Shkop asks (Introduction to Shaarei Yosher), could Moshe have possibly thought that just because Israel made the calf they should remain without the Torah? He should have put the tablets aside temporarily until Israel repented, rather than breaking them and then pleading with G-d to give a second set!

R. Shimon Shkop answers that the first tablets had a unique quality that a person would learn and never forget. Hence, Moshe was concerned that this could lead to a desecration of the Torah, since a corrupt and base person could have intimate knowledge in all areas of the Torah. From the mitzvah of korban Pesach, however, Moshe derived that a person whose actions are foreign to his Father in heaven does not deserve the Torah. He therefore broke the first pair of tablets so as to receive a second set, which Moshe had to carve himself and did not have this quality. Thus, only a person who behaves in a manner befitting the teachings of the Torah will know it. In this way, Moshe's acceptance of the Torah symbolizes the acceptance of the Torah by each Jewish person:

It is a hint to all those who receive the Torah that each Jewish person should prepare "tablets" for himself [in his heart], to write the word of G-d on them. He will then receive Torah proportional to the degree that he successfully prepares these "tablets." So too afterward, if his "tablets" get ruined -- the Torah will not endure. Thus, Moshe's concern will not be likely to occur, since proportional to a person's level in yirat shamayim and midot (character traits), which are the "tablets" of his heart, he will be granted from Heaven the acquisition of Torah. If he later falls from his level, proportionally he will forget the Torah ... This is the great point that Chazal spoke of in explaining the concluding verse of the Torah. The Meshech Chochmah (Shemot 32:19) writes a similar idea. He explains that Am Yisrael's mistake in the sin of the golden calf was that they believed that there was some tangible, lower level of Divine existence which oversaw the lower realms, since the concept of an intangible Being had not yet been internalized by them. Had Moshe brought them the tablets then, although they would abandon the calf, they would still remain with their mistaken ideology. It would be like they were simply replacing the calf with the tablets! Therefore, Moshe decided to break the tablets, to show the people that there is no source of sanctity or Divine existence other than G-d himself. For this reason the fragments of the first tablets are placed together with the intact second tablets, to show that "there does not exist any source of inherent holiness other than through Israel's observance of the Torah according to G-d's will, the true Being and Creator."

In other words, Moshe demonstrated through this act that there is no value in the tablets other than through Am Yisrael's observance. To bring the tablets while they were engrossed in the sin of the golden calf would be to miss the entire point of the Torah! Without internalizing the teachings of the Torah and observing it properly, it has no meaning. This lesson to the nation is truly Moshe's greatest accomplishment and the appropriate message with which to conclude the Torah, since it is the underpinning of the entire Torah. In this vein, Yirmiyahu (31:32) promises in the name of G-d that in the future, "I will place My Torah within them and I will write it onto their heart." The lessons of the Torah will be internalized in their essence, and will be reflected in their practice.

The key to this successful integration of the Torah into one's self is through proper character development and midot. This is why the Torah begins with the story of creation and the patriarchs, and not just with the first mitzvah of sanctifying the new moon, "Hachodesh hazeh lachem" (Shemot 12:2), to illustrate to us the proper way of life. "Derech eretz kadma latorah -- proper behavior precedes the Torah" (Vayikra Rabbah 9:3), since without it the whole Torah is meaningless.

This explains, as well, how come when we conclude reading the Torah on Simchat Torah we go back to the beginning and read from Bereishit, since this is essentially the same message that the Torah concludes with -- that the true Torah is in the heart and essence of each Jew! 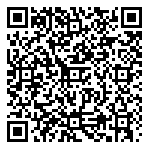