The Sons of Korach

It says in Parshat Nitzavim: "When all these things come upon you ... you will return it to your heart ... you will return unto Hashem, your G-d ... When you shall return to Hashem, your G-d, with all your heart and with all your soul." (Devarim 30:1-10) A number of levels of teshuva are mentioned here. The Ran explains in his tenth sermon that the first level of repentance is the mere thought of teshuva in the heart. Although it is not yet expressed in action, there is, nonetheless, the beginning of the teshuva process. Afterwards comes an additional stage, in which the teshuva is expressed in action. This is why is says first, "return it to your heart" – i.e., you will think teshuva in your heart, although not yet complete it in action, and afterwards you will go one to complete it, as it says: "return unto Hashem."

What teshuva did the sons of Korach do? The Yalkut explains this, as well (#749):

"My heart murmurs something good." (Tehillim 45:2) This teaches that they were not able to confess verbally, but since their hearts murmured teshuva, G-d accepted them. Thus, it says: "You my son, Solomon: Know the G-d of your father and serve Him with a perfect heart and with a willing soul, for Hashem searches all hearts and discerns every product of one's thoughts." (Divrei Hayamim I 28:9) It does not say 'every thought,' but rather 'every product of ones thoughts.' Before a person forms the thoughts in his heart – G-d understands. Why were they unable to sing with their mouths? Hell was open and fire was burning around them, as it says: "A fire went forth from before Hashem" (Bamidbar 16:35), and, "The earth opened its mouth and swallowed them." (Bamidbar 16:32) Therefore, it says, "My heart murmurs."

Thus, the repentance of the sons of Korach was only in their heart. The thought still did not find expression in action, not even through speech, and they were already called 'yedidim.'

The Rambam writes something similar in Hil. Teshuva (7:6): "Teshuva draws close those who are distant. Yesterday he was hated before G-d – despised, distanced and abominable. Today he is beloved and charming, close and yedid." The time span between yesterday and today is very short, and still it is possible in this short time to turn into a yedid. This is what the sons of Korach did.

This needs to be our inspiration when saying "Lamenatze'ach to the sons of Korach." The time of shofar-blowing is one of justice, and we must remember the sons of Korach, who were unable to speak because of the fire of Gehenom, and even so their heart murmured something good. In the merit of this thought of teshuva they deserved to become shoshanim and yedidim, even at the last minute.

Most importantly, we should not be afraid and not give up hope! 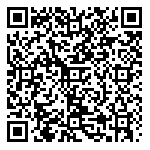