It is well-known that Rosh Hashana is the coronation day of G-d as King of the Universe. All of the prayers of Rosh Hashana are based on this theme of G-d's reign:

"Uvechein tein pachdecha:" And so, Hashem, our G-d, instill your awe upon all Your works, ... Then You, Hashem, will reign alone ...

"Meloch al kol haolam:" Reign over the entire universe in Your glory ... Let everything that has been made know that You are its Maker ...

However, the great Mussar teachers present us with an additional facet of the theme of coronation. "Set over YOURSELF a king." (Devarim 17:15) First and foremost, a person should coronate G-d over himself, and only afterwards should he pray for G-d's rule over the universe. What is meaning of this personal, individual, kingship?

We can explain this based on the following dialogue in the Kuzari (3:2-5):

The king requested: Describe to me the actions of the "chasid" (pious man).

The "chaver" (Jewish sage) responded: The "chasid" is the man who guards over his state, distributes to all its inhabitants their sustenance, provides their needs, and deals with them justly. He will not deceive any one of them, and does not give to anyone more this his proper share. When he needs his subjects, he finds them willing to obey him and diligent to answer when he calls them. When he commands them -- they do as he commands; when he admonishes them -- they observe his admonition.

The "chaver" said to him: The "chasid" IS the ruler. He is the man whose senses, emotions and desires obey him, as it states, "A master of his passions [is better] than the conqueror of a city." (Mishlei 16:32) All the faculties serve and work according to the directives of the mind.

The Maharal writes numerous times that a person is divided into three aspects -- body, spirit and intellect (guf, nefesh v'seichel). Corresponding to these aspects there are three organs: the liver (kaved) for the body, the heart (lev) for the spirit, and the brain (moach) for the intellect. The acronym of these three words is "MeLeKh" (king). When a person acts properly and his intellect controls the lower faculties -- when the mind is above and the liver below -- in this manner a person rules over himself! He does not allow his physical nature and desires to seize control over him; rather, he rules over them. The intellect is responsible for ensuring that every talent and every limb achieves its potential. Therefore, every act that one of the limbs or talents performs is done only through consultation with the intellect. For this reason, to deliberate in one's mind is called in Hebrew "lehiMaLeKh."

In this way, Man -- who is expected to consult with his mind -- is distinguished from animal, which follows its natural inclinations. This is reflected in that man walks upright with a raised head, whereas an animal walks with a lowered head. As such, the Rambam writes in "Shemona Perakim" (ch. 5):

If a person were to go and eat an appealing food, pleasing to the palate and with a fragrant aroma, but it is damaging and harmful, and a potential cause for sickness or even sudden death -- he and an animal are considered equal to me. This is not the act of a man as Man; rather, it is the act of man as any living creature.

Similarly, the Ibn Ezra writes (Bamidbar 6:7) in explaining the meaning of the word, "nazir:"

The word "nazir" is from the word "nezer" (crown), and the proof is [from this verse], "For the crown of G-d is upon his head." Note, that all people are subservient to worldly desires. But the true KING, who has a crown and royal diadem on his head -- is someone who is free from his desires.

Rosh Hashana is coronation day because on this day man was created, and on this same day he accepted G-d's reign. Therefore, the Levites' song in the Temple on Friday was, "Hashem Malakh -- Hashem has reigned." (Tehillim 93:1) Beforehand, there was no intelligent creature who could accept his reign. Only Man, who was created in G-d's image and has intelligence, accepted his reign. This is why on Rosh Hashana each person is obligated to accept the yoke of G-d's reign, and to arrange his character traits so that his brain will rule from above over the heart and liver.

I would like to take this opportunity to wish all of our students, alumni and readers a "ketiva vachatima tova," for a year of ahavat torah, yirat shamayim and all good things. 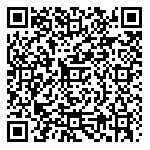