The Special Status of Oil

The Rambam writes in Hil. Bikurim 2:4:

Bikurim are not brought as liquids other than olives and grapes alone (i.e., oil and wine), as it says, "the fruit of the Land," and not liquids. If one brought [other] liquids, they are not accepted from him

Oil and wine have special chavivut. The same is true regarding trumah, and orlah, as we find in the Mishna Trumot 11:3 that produce of trumah and ma'aser sheni may not be converted into liquids other than oil and wine, and that one receives lashes for orlah only for drinking oil and wine.

However, in the last Mishna in Challah (4:11) we find an apparent contradiction: "Yosef hakohen brought bikurim of wine and oil and they were not accepted." This is explicitly against the Rambam, who rules that bikurim of oil and wine are accepted! Furthermore, the Rambam himself in Peirush Hamishnayot Trumot explains that the Mishna there, which also allows bikurim of oil and wine, follows the opinion of R. Yehuda (or R. Yehoshua), who learns bikurim from trumah, but the halacha is not so. [Rather, it is like the Mishna in Challah that even oil and wine are not brought, perhaps since "ma'aseh rav."] How, then, does the Rambam rule in Hil. Bikurim that oil and wine can be bought lechetchila?

The supercommentaries on the Rambam refer to the Yerushalmi, which explains that the Mishna of Yosef hakohen is not absolute. That was a special case where the grapes and olives were not collected for the purpose of liquid, but if they were – it would have been acceptable to bring. Thus, the Rambam ruled like the Mishna in Trumah that one may bring bikurim of oil and wine. However, the Kessef Mishneh comments that he does not know why the Rambam omitted the distinction of the Yerushalmi. The Radbaz asks the same question.

Rav Chaim Kanievsky, in his sefer on Zeraim, "Derech Emunah," wants to prove from the sugya in Chulin 120b, which deals with the status of liquids from fruit, against the Yerushalmi. (The Gemara in Brachot discusses the particular issue of whether the bracha of the fruit juice "drops" to shehakol, but the main sugya of liquids is in Chulin.) The Gemara Bavli indicates that the olives and grapes don't have to be picked for this purpose, since the Gemara there does ignores this distinction in its discussion. [Rav Amar repeated Rav Kanievsky's intricate proof, which we are omitting here.]

However, it seems that the fact that the Gemara Chulin did not mention this distinction has no bearing on bikurim. There is a big difference between bikurim and trumah. We compare them only as far as the general status of liquids. However, the Torah explicitly mentions "tirosh and yitzhar" regarding trumah, so how could we stipulate that the liquids are only obligated if the fruit were picked for this? Can we limit the case of the pasuk? Thus, clearly oil and wine are obligated in trumah even if not picked with the intention of being converted to liquids.

Furthermore, this distinction of the Yerushalmi is not formulated just to resolve a contradiction. It is built based on a rule in bikurim. Just like Chanukah has a special rule of chaviv, bikurim have a special law of meshubach. For example, only the seven species with which the Land of Israel is praised are obligated in bikurim. Moreover, the Mishna in Bikurim 1:3 teaches that bikurim are not brought from dates that grew in the mountains or fruits from the valleys because they are not min hamuvchar (choice quality). There are different varieties of grapes and wine. Grapes that are picked for wine are usually from a species that is good for it. Thus, this distinction is a special law in bikurim, not trumah, where anything edible requires trumah. Even low quality fruits are obligated in trumah. Thus, even according to the Yerushalmi we don’t have to compare to bikurim to trumah, and the Gemara Chulin should not be expected to mention this distinction, and there is no proof from the Bavli against the Yerushalmi. Why, then, did the Rambam not differentiate regarding bikurim?

We can explain as follows: It is clear from the Rambam that one may not separate tithes from drinks. It is also clear from the Rambam that if there is no trumah, it is not tevel. Thus, the rule of liquids is that they are not even tevel (against the Brisker Rav that they are obligated in tithes, but there is no possibility of declaring them as trumah). This is not a special rule in trumah, but rather as the Gemara in Brachot 38a teaches that liquid which oozes from fruits is considered as ze’ah b'alma, and one is culpable for them only miderabanan. On the other hand, tirosh and yitzhar are certainly obligated in tithes mid'orayta. It is considered ikar pri, and thus, there is no way that we can differentiate whether it was picked for this or not. Regarding all laws, the liquids are considered mere ze'ah, with the exception of wine and oil, which are ikar pri. Thus, regarding tithes and regarding other fruits there is no room to distinguish for what purpose the fruit were picked.

However, the simple explanation of the Yerushalmi does not seem to be talking about oil and wine at all. When we examine the sugyot, we find that the primary discussion is about the Mishna in Trumot, which distinguishes between oil and wine and other liquids. An objection is raised from a braita, which indicates that even other fruits can be brought as liquids, against the Mishna in Trumot. To this, the Yerushalmi answers that those fruits were picked for the purpose of liquids, and thereby achieve importance. This is certainly against the sugya in the Bavli, which assumes that juice of other fruits is inherently considered mere ze'ah.

The Midrash (Bereishit Rabbah 84:3) comments that Yaakov sought to sit tranquil (beshalva). G-d said, "Is it not enough for the righteous that they have the world to come, they also seek to sit tranquil in this world?!" The obvious question is, what does G-d care? Moreover, what does the tzaddik want from tranquility other than to serve Hashem more? Moreover, "shalva" is a rare word; usually the word shalom or betach is used.

Perhaps the intention is that G-d wants the prayer of the righteous, and that is why the matriarchs were barren. Didn’t our ancestors pray anyway, as we find that the three patriarchs established the three prayers? Nonetheless, the prayer of one who davens out of complacency is not the same as one who has troubles. David prayed the Tefillah of a poor person (Tehillim 102:1), but this was not enough. "The sacrifices G-d desires are a broken spirit; a broken and humbled heart, O G-d, You will not despise." (Tehillim 51:19) The Kotzker Rebbe comments that a broken heart is the most complete thing. All thoughts cannot purify the heart as breaking it. "All vessels become susceptible to tumah through thought, but only become tahor through an act of change." (Mishna Keilim 25:9) Through affliction a person is purified and elevated.

G-d wanted to create world with the attribute of justice, but in the end created it with the attribute of mercy. The AR"I notes that the initial plan was not abolished; in heaven the judgment is with din. "Forever, Hashem, Your word stands firm in heaven." (Tehillim 119:89) Din remains in heaven. The fact that G-d is meticulous with the righteous is not a punishment, but this is the true reality.

Yaakov, who struggled, never had rest, wanted to sit in shalva. In the Name Y-H-V-H, the first half is more lofty. In the future the Name will be Y-H Y-H. Yaakov wanted to sit as the Shunamite woman, "betoch ami" – don’t distinguish me from my people, so that shouldn’t examine me with scrutiny. Shal vah = shel V-H. Not the justice of Y-H, but the ease of V-H. G-d didn’t agree with this, but expects the righteous to uphold justice in this world as well.

We should strengthen our prayer and learning Torah, which is the greatest means of protection for Am Yisrael. 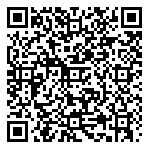