Haftorah: "Have no Pity on Him"

The command to wipe out Amalek is absolute. Not only must Amalek be destroyed, but also the memory of Amalek. This is found both at the conclusion of the first battle: "I will surely erase the memory of Amalek" (Shemot 17:14), as well as in the mitzvah, "You shall wipe out the memory of Amalek from under the heaven -- you shall not forget!" (Devarim 25:19) In the Haftorah, this generalized commandment receives a practical application: "Kill man and woman alike, infant and suckling alike, ox and sheep alike, camel and donkey alike." (Shmuel I 15:3) Even though Shmuel's words do not add to what is written in the Torah, the fact that the Torah talks in general terms, whereas Shmuel deals with the details, forms the impression in the Haftorah of a seemingly "cruel" mitzvah, which does not exist when reading the verses in the Torah.

Here, in the Haftorah, it suddenly becomes clear that the abstract "memory" of the Torah is, in essence, man and woman, even a small baby, and even unfortunate animals. (What did these sheep do?!) Shmuel is aware of the danger of a misplaced awakening of "mercy," and therefore precedes his command to Shaul with the phrase, "Have no pity on him!" The Radak writes: "Since they were going to have pity in the end ... he warned him, 'Have no pity' -- so that he would have no excuse." What would be Shaul's excuse? Chazal comment on this (Yoma 22b):

"He fought in the valley" -- R. Mani said: About the issues of the valley. When G-d said to Shaul, "Now go and strike down Amalek," he said: If for a single soul the Torah says, "Bring an eglah arufah (cf. Devarim 21:1-9), for all these souls -- all the more so! If man sinned, did the animals sin? If the adults sinned, did the children sin? A heavenly voice rang out and said to him, "Do not be overly righteous." (Kohelet 7:16)

The Tanach itself mocks Shaul's mercy in our chapter (v. 8-9):

He captured Agag, king of Amalek, alive, and the entire people he destroyed by the edge of the sword. Shaul, as well as the people, took pity on Agag, on the best of the sheep, the cattle, the fatted bulls, the fatted sheep and on all that was good; and they were not willing to destroy them; but the inferior and the wretched livestock, that they did destroy.

How is mercy measured and divided up? The king -- yes; the people -- no! A hundred pounds of a fat animal -- yes; the fifty pounds of a scrawny, wretched sheep -- no! These are worthy of mercy and these of death?! The path that begins with this kind of mercy ends with Nov, the city of the priests, and with their cruel murder. Chazal in Yoma continue to comment about this final station:

When Shaul said to Do'eg, "Surround and kill the priests," a heavenly voice rang out and said to him, "Do not be overly wicked." (Kohelet 7:17)

Shaul's "mercy" proves that one cannot question or challenge G-d's ways. The verses, "One who spares his rod hates his child" (Mishlei 13:24), and, "Hashem admonishes the one He loves" (Mishlei 3:12) -- will never be understood by one who sees only the moment of admonition. This moment is, indeed, difficult. However, it cannot be judged without looking at what preceded it and what comes in its footsteps. Only with a broad perspective -- which sees the wild behavior before the moment of punishment and the improvement after the moment of punishment -- does the difficult moment of punishment receive proper meaning.

The same it true in the course of history. We must understand the meaning of Amalek's war against Israel, "that he happened upon you," with all of its explanations, and the meaning of a world in which Amalek's memory is eradicated, in which G-d's Name and His throne is complete only there, in order to understand and to accept even this "cruel" order, "Kill man and woman alike ..." so that Amalek's name will no longer be remembered. It is because this is the only way to achieve a world of complete mercy. Mercy on Amalek in this case is cruelty to the entire world in the long run, and "cruelty" in this case is mercy itself -- because destroying the wicked is kindness!

Perhaps in order to prove to us the absence of cruelty in the decree to destroy Amalek, the directive also contains a great call for kindness and pity, the message to the Kenites to distance themselves from amongst Amalek: "Shaul said to the Kenites: 'Go, withdraw, descend from among the Amalekite, lest I destroy you with them; for you acted kindly to all Bnei Yisrael when they went up from Egypt.'" (Shmuel I 15:6) The very same fighters who are commanded to destroy Amalek are called upon here to endanger their lives by foregoing the element of surprise  in the war against Amalek, in order to pay gratitude to a kindness that was done hundreds of years beforehand. Moreover, that kindness was not the saving of a nation or some similar great act. It was a seemingly trivial kindness: "Moshe and Aharon and all the elders of Israel partook of his [Yitro's] feast" (Rashi); "They benefited from Yitro who would show them where to encamp" (Mahari Kara); "The advice that Yitro gave Moshe" (Radak).

A nation that remembers such acts of kindness, and repays them after so many generations, proves that its killing of man and woman, infant and suckling, is also a killing of justice and Divine morality, and is the expression of G-d's pity on all of His creatures. This, and only this, is the way for G-d's Throne to be complete and His Name to be complete! 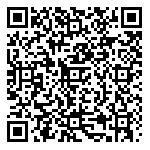