The Remembrance of Shabbat and of Amalek

This passage in the Yalkut is difficult to understand.

1. What is the relationship between Shabbat and Amalek that the Midrash compares them? Is it just because the word "Remember" appears in both of them?2. The distinction that Midrash makes between them, that one is wine and the other vinegar (wine that fermented) is very strange. Amalek is the source of evil in the world, as it says, "Amalek is the first among nations" (Bamidbar 24:20), whereas Shabbat is the source of sanctity in the world! The distance between them is great, and the Midrash should have distinguished between wine and poison, whereas the Midrash here minimizes the contrast between them.

When we examine the war of Amalek (in Parshat Shelach), we find something that is repeated over and over in this war: the motif of hands.

1. On the pasuk, "Amalek came and battled Israel in Rephidim" (Shemot 17:8), Chazal comment: "They weakened their hands (rafu yedeihem) from the Torah." Why do Chazal call weakness in Torah "weakening of the hands?"2. In the continuation of the parsha: "It happened that when Moshe raised his hand Israel was stronger, and when he lowered his hand Amalek was stronger. Moshe's hands grew heavy." (Shemot 17:11-12) Why was the entire war focused on Moshe's hands, since, in practice, the war was waged by Yehoshua?3. In the end of the parsha: "For the Hand is on the throne of G-d: Hashem maintains a war against Amalek." (17:16) What is this hand which is found on Hashem's throne?4. "He remained with his hands in faith until sunset." (17:12) What is the connection between the hands and faith; hands are something external, whereas faith is something internal?

There is another point that requires explanation. In the parsha it says, "Moshe built an Altar and called its name: 'Hashem is my Miracle.'" (17:15) What is the idea of this altar, since he did not offer sacrifices on it, but rather its entire purpose was to thank G-d for the miracle; where do we find something like this?

In order to understand the deeper meaning of this parsha, we need to clarify the essence of the war against Amalek. The Rambam (Sefer Hamitzvot) writes that this war is double: 1. A spiritual war in the heart. 2. A physical war. This is what it says, "I shall surely erase (macho emcheh) the memory of Amalek" (17:14) – there is a double eradication. Amalek wanted to harm Israel in these two aspects.

Amalek came to fight Israel on the way out of Egypt at the station of Rephidim – why specifically there? After the splitting of the Red Sea, Israel achieved the pinnacle of faith: "They had faith in Hashem and in Moshe, his servant." This faith prepared Am Yisrael to approach ma'amad Har Sinai in order to receive the Torah. Rephidim was the last station before ma'amad Har Sinai. Here Amalek stepped in to damage that pure faith that Am Yisrael had. Their goal was to weaken Am Yisrael's faith so that they would not be able to receive the Torah and the mitzvot: "He happened upon you on the way" – he cooled you down. This refers to cooling down the great power of faith that Am Yisrael had at the Exodus after the splitting of the Red Sea.

However, the success of Amalek was only against the weak: "He struck those of you who were hindmost, all the weaklings at your rear." (Devarim 25:18) – He does not succeed with those who are strong of faith.

This is the meaning of "They weakened their hands from the Torah." The damage to their faith caused damage in their desire to receive the practice of Torah. The hands represent this practical observance of mitzvot, and Amalek sought to prevent Am Yisrael from the "na'aseh venishma." Amalek, the Zohar says, is composed of two wicked people: Balaam and Balak. Balaam – representing the serpent, damage in faith; Balak – representing sorcery, damage in the practice of mitzvot.

This is the meaning of raising Moshe's hands, which was to counter the weakening of hands in Rephidim, to bring to a strengthening of faith, as Chazal taught: "Do the hands of Moshe make war? ... Rather, when Israel subjugate their hearts to their Father in heaven – they were victorious."

This is also the idea of Altar that Moshe builds and calls, "Hashem is My Miracle." Just as we find that the children of Gad and Reuven built an altar on the Jordan in order to strengthen their faith, so, too, this was the purpose of building the altar of Moshe Rabbeinu.

This is why is says, "He remained with his hands in faith." Through the very raising of his hands, faith was instilled in Am Yisrael, against the weakness of faith caused by Amalek.

Now we can understand the Midrash with which we opened, "Remember the Shabbat." Shabbat is the foundation of faith, "For in six days Hashem made the heavens and the earth," and Amalek is the source of heresy. Against "Remember what Amalek did to you," we have to set up the Shabbat, which is the foundation of faith. This is the wine, which represents the pnimiut, the power of faith, whereas the vinegar represents heresy.

Perhaps this is the inner meaning of drinking wine on Purim – to strengthen our faith in G-d! 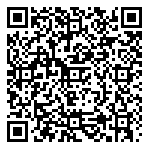