The pasuk in Shemot (12:42) states, "It is a night of anticipation (leil shimurim) for Hashem to take them out of the land of Egypt, this was the night for Hashem; a protection for all of Bnei Yisrael for their generations." What does this pasuk mean?

The Midrash on this pasuk says that in this world Hashem performs miracles for us at night, to indicate that these miracles will pass. In the future, however, Hashem will perform miracles during the day to show that those will last. The Beit Halevi explains that the galut (exile) is symbolized by night. When the redemption takes place at night, it represents that we are still in the midst of that galut and have more to go. A redemption during the day, though, shows us that the "night" of that particular galut is over.

When Hashem told Avraham Avinu that his children were going to be in galut in a strange land, the galut was going to last for 400 years. Although Bnei Yisrael were in Egypt for only 210 years, the environment was so spiritually detrimental that they reached a spiritual low. Had they stayed in Egypt any longer they could never merit a redemption because they would have sunk below the lowest point of spirituality. Hashem, in his great kindness, took Bnei Yisrael out of Egypt in order to improve themselves and to be able, eventually, to merit a final, complete, redemption. This is the purpose of the Torah, to guide us through the "night." Since we were taken out of Egypt 190 years early, these years will have to be completed at the end of the final galut.

Since the redemption from Egypt was only a part of the final one, we were redeemed at night. Once establishing this, we realize that the main part of the promise to Avraham was not yet completed. Hashem promised (Bereishit 15:14), "And after [the galut], they will leave with great wealth." Only after Bnei Yisrael have done all of their time will they go out of their galut with great wealth.

The Midrash in Eichah says on the pasuk, "He filled me with bitterness, filled me with wormwood (destruction)" (Eichah 3:15): Just as you filled me on the night of Pesach with bitter things (marror), so too will you fill me with destruction [of the Beit Hamikdash] on the night of Tisha B'Av, for Tisha B'Av always falls on the same night of the week as Pesach. This can be explained that since the redemption of Pesach was premature and the galut has to be completed, we now have Tisha B'Av, which is the beginning of the final galut. Truthfully, this gives us a great inspiration. We know that we will be redeemed, for the whole promise of Hashem to Avraham has not yet been fulfilled. We now have to wait for the coming of the redemption and the great wealth that was promised.

The Gemara in Brachot (12a) says that anyone who dosn't say the brachot after kriat shema of "emet ve'emunah" at night and "emet v'yatziv" in the morning, does not fulfill his requirements because the pasuk in Tehillim says (92:3), "To proclaim your kindness in the morning and your faith at night." If these brachot are both about the same topic of redemption, though, why is a different word used by each one? The Beit Halevi answers that according to what we are saying this is very understandable. The redemption that is in the morning is "yatziv" (enduring), because we know that a redemption at day is a lasting one. At night, however, we have "emunah" (faith), for even though we know that the redemption at night is just passing, we have faith that just as we had a temporary one, eventually there will be a permanent one.

With this, we can also explain the reason that we eat eggs on the night of the seder. The Shulchan Aruch says that we eat eggs to commemorate the mourning on Tisha B'Av. The GR"A asks on this, though, why do we mention mourning on the night of Pesach? According to what we just said, though, this concept makes sense. When we eat eggs on the night of Pesach, it isn't to commemorate the actual mourning of the Beit Hamikdash. We eat eggs to remember that the redemption from Egypt was only a temporary one and that this is the reason that we had Tisha B'Av, to start our final galut. We then realize that this is a night of protection and anticipation, and that one "day," hopefully very soon, Mashiach will come and we will have our final, lasting, redemption! 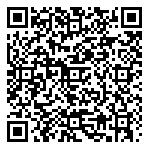