The Supernatural Quality of Am Yisrael

The Supernatural Quality of Am Yisrael

Knowledge of Hashem is the basis of Am Yisrael, especially in the teaching of Chabad = Chochma, Bina and Da'at.

There is an inherent difference between the other nations and Am Israel. This is evident from the first person born as a Jew – not Avraham, but Yitzchak. When Avraham was told that Yitzchak would be born, he beseeched G-d, "May Yishmael live before you." (Bereishit 17:17) Rashi and Onkelos explain: "before you – beyir'atecha (G-d fearing)." Hashem explained that this alone is not enough, but rather, "Your wife Sara will bear you a son, and you shall call his name Yitzchak; and I will fulfill My covenant with him as an everlasting covenant for his offspring after him." (17:19) Am Yisrael requires a child born as a Jew. What exactly is the difference – that even if Avraham's wish were fulfilled, and Yishmael were to be G-d-fearing – still there is need for someone born as a Jew? What is special about a Jew? How is he different than the best of non-Jews?

The continued existence of Israel is supernatural, as we say in the Pesach Haggadah: "In each and every generation they stand up against us to destroy us." Yet, we exist, and will continue to exist! How is this so? The rules of nature were also created by G-d. Thus, while the world is bound by them, G-d Himself is not. And since "Yisrael, the Torah and G-d are one" (Zohar), Israel is also not subject to the rules of nature. In other words, Am Yisrael is not really a part of the Creation, and therefore they are above the rules of nature. This is what G-d told Avraham: Even if I grant your request regarding Yishmael, still, he was born naturally, and his connection to G-d is natural. You need a special son! What does it mean when Hashem promised Avraham, "I will make of you a great nation?" (12:2) This is what is stated in Devarim, "Which is a great nation that has a G-d Who is close to it, as is Hashem, our G-d, whenever we call to Him." (Devarim 4:7) Their history is above the rules of nature, and their very creation is above nature. This is as far as the difference in creation: natural vs. miraculous.

What about the second point, the age of milah? The Midrash relates an argument between Yishmael and Yitzchak. Yishmael felt that his dedication was greater, since he entered the milah as an adult, whereas Yitzchak maintained that since he was circumcised at eight days his brit is better. At first glance, what does a covenant with an eight-day old baby mean?

We can explain with the following introduction. There are many proofs, throughout the ages, that the world did not come into existence by itself, but rather was created by G-d. However, by analogy, when we see a table we don't need proofs that it exists. We only need proofs when don't see the thing itself. What is greater: knowledge based on seeing or based on logical proof? Clearly based on seeing. However, imagine a person who enters a dark, locked, room, and it appears empty to him. He turns on the light and now sees many things. Since the room was locked, logic dictates that everything was there beforehand. Thus, seeing also has a weakness, in that it is prone to error. A person's soul has a number of layers; some are more external, while some are more inner. In the same way, a logical proof is very external; seeing goes much deeper. Understanding is something external; seeing is something in me.

A Jew has a soul, which feels and "sees" G-d. Many people think that belief based on faith, heard from father from father, is something weak, less than a logical proof. Not so! The belief of am Yisrael is "ma'aminim bnei ma'aminim." The soul actually senses G-d, and this is greater than any logical proof.

The Rambam writes in the end of Hil. Gerushin ch. 2 that a Jew naturally wants to do G-d's will. A "secular Jew" is impossible; it is self-contradictory. Just as there are four categories of beings: inanimate, plant, animal, and man, Yisrael is a separate category. Plants have the quality of growth; animals – of movement; and man – of speech. These are not slight differences, differences in degrees, but rather differences in essence. So, too, Am Yisrael is of a totally different type; they have a different soul. What is it? A great soul tied to G-d. This is true not only for Am Yisrael as a nation. Just as the Jewish nation was created and born supernaturally, so, too, each and every Jew has a supernatural nature. In addition, Jews differ from non-Jews in their connection to G-d. A Jew feels G-d and doesn’t need proof. Sometimes the sensation is stronger, sometimes weaker, but every Jew feels. We spoke about certainty of seeing. The Rebbe stated that the certainty of a person when he sees is not as great as the certainty of Jew in his faith! We mentioned earlier that proof is external, whereas seeing is internal, as we say, "I saw with my own two eyes." On the other hand, knowledge is something additional to the person. Moreover, this whole question (of logic vs. seeing) relates to knowledge of something else, like that of an object sitting on a table. What about knowledge that I exist? We don't need any sort of proof for this. The same is true for a Jew regarding G-d and Torah. He doesn’t need to see or to prove logically, since it is essentially him himself, as we cited earlier from the Zohar, "Yisrael, the Torah and G-d are one." Of course, we need to learn and to understand about G-d, but the basic connection is inherent.

There is a pasuk in Devarim, "You are children to Hashem, your G-d." (Devarim 14:1) The connection between Am Yisrael and G-d is that of a son and his father. Normally, when two people love one another, it is because each sees positive qualities in the other. However, there is another kind of love, that of father to his son. Is this because of positive qualities? No. Rather he loves him just as he loves himself. The same is true in opposite direction; the son loves father just because he is his father!

A regular person loves G-d because he knows Him. A person is born limited by nature, but with proper learning he can come to the logical conclusion that G-d  exists, and can even come to love Him. But when talking about father and son, "You are children" – it is a different kind of relationship, in both directions. The Rebbe explained that righteous gentiles earn a certain degree of G-d's love, but G-d's love of Bnei Yisrael is limitless love, because they are His children. This is true even when they violate His words, "Whether this way or that, they are called children." (Kiddushin 36a) And just as G-d 's love is not dependent on anything, Am Yisrael's love of G-d is not due to any logical consideration. Just as we said regarding knowledge of G-d – that the Jew feels it; he doesn't need logical proofs or even to see – the same is true regarding love of G-d. Thousands of Jews throughout generations gave up their lives for the sake of G-d; not only the great people, but even simple people, who hadn't reached great levels of comprehension. Every Jew, even if he doesn't have great understanding, and even if doesn't behave so – in the depth of his heart he loves G-d  and is willing to give up his life for Him.

Let us return to brit milah. What does a covenant with a baby mean? At thirteen at least he is able to understand. However, the covenant with Bnei Yisrael is different, it is something felt inherently. Is he a creation of G-d, something separate? Or is he a son of G-d, a part of Him, as it were! When we talk of a Jew, we that from the very formation of nation they are above nature – "Your wife Sara will bear you a son." The same is true regarding their connection to G-d; it is above all rules. Even if the person is incapable of understanding, still he has a great soul and can enter a covenant with G-d .

When we come to a Jew and suggest to him to put on Tefillin, some argue, what good is it if he knows nothing? This might be true about regular person – without any knowledge, it means nothing. But here we are dealing with a Jew who has a great soul. He fulfills the mitzvah, and since, "A commandment is a candle and the Torah is light" (Mishlei 6:23) – this is what reveals the greatness of his soul!

This is how we have to look at those Jews who are not yet observant. We need to know that no Jew is "secular," each as great soul, and we have to figure out way to reveal his connection, his inner point. This is one of the ideas of learning Tanya. Chabad is not just the acronym of Chochma, Bina and Da'at, which indicated intellectual research, but to arouse the inner point, on issues above logic. 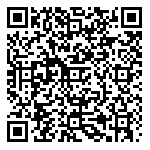 ("Chozer" of the Lubavitcher Rebbe's sichot)