Why is the Hebrew language called "lashon hakodesh?"

The Rambam, in Moreh Nevuchim (3:8) writes that this is because Hebrew does not contain words for the sexual organs or other shameful things, and they are referred to only by nicknames. The Ramban (Shemot 30:13), however, argues with him. The Maharal also writes that it does not seem likely that it would be called lashon hakodesh just because it does not contain shameful words. He writes (Gur Aryeh, Devarim 1:23) that the seventy languages correspond to the seventy nations, because language relates to the nation. Each nation is given its special language based on its nature, as the language expresses the essence of the nation, just as speech expresses the nature of man. (See Ohr Chadash 63a) The holy nation was given the holy language. Therefore, this language is not just one of seventy languages, but rather it is hewn from a different source.

It is said in the name of the Zohar that it is called lashon hakodesh (language of holiness) and not lashon kedosha (holy language), because it comes from a holy source. This is the reason that is does not have shameful words, because it is holy, not like the Rambam that because there are no shameful words it is lashon hakodesh. Therefore, we mention in the prayers, "Who chose use from all nations, and elevated us of all tongues," as this language elevates over all other languages.

This is what the Ramban writes that the holiness of the language is because Torah and prophecy and all holy things are said in that language: "It is the language with which G-d speaks with His prophets and His nation – 'I [am Hashem] ... You shall not have' ... and with it He created His world."

This language influences a person's soul. The Talmud Yerushalmi (Shabbat 1:3) writes: "Whoever is fixed in Eretz Yisrael, eats [even] his regular food in purity, speaks in lashon hakodesh and recites the Shema morning and evening – is assured to be a member of olam haba." The Pnei Moshe writes, "because it causes purity of the soul."

The Shulchan Aruch writes in Orach Chaim (101:4) that it is possible to pray in any language. The Mishna Berura (13) comments that the ideal is to pray specifically in lashon hakodesh, and only on an occasional basis did they permit praying in a foreign language. He adds that nowadays it is completely forbidden, since various sects translated the prayer; one sin leads to another, and they omitted the blessings of ingathering of exiles and of Yerushalayim. Just as they want to erase the memory of Yerushalayim, so, too, they want to erase lashon hakodesh from Israel. May G-d protect us from such heretical views. In other words, they sensed that the redemption of Israel is dependent on the fact that they did not change their language. Since their goal is to erase the redemption of Israel, they seek to change the language of prayer to a foreign language, just as they erased from the siddur every mention of Israel's redemption.

The Biur Halacha adds there that lashon hakodesh has many special qualities over other languages. It is the language with which G-d speaks with His prophets. When we say the prayer in the language that the members of the Knesset Hagedola instituted, even though we do not understand everything, still our prayer goes up properly, because the words themselves have holy effect above, unlike when praying in a foreign language.

Look and see how great the value of lashon hakodesh is; it brings about the redemption and salvation. In our sins, the Hebrew language is like a bride in her father's house, disgraced and abandoned. Nobody pays attention to speak true proper Hebrew, while everyone tries to teach his son French and German and similar languages. Whoever speaks more [languages] is praised, and the Hebrew language no one pays attention to ... Because of this even their prayers are not proper with correct pronunciation, and accents and vowels ... and this is critical in Kriat Shema and prayer. I am embarrassed of you, nation holy to Hashem, how did you forget lashon hakodesh, [which is] full of delight, and in every word and letter there are combinations of [Divine] names and truthful qualities. About this it says, "Life and death are in the hands of the tongue."

The things in whose merit Israel were redeemed are known, that they did not change their language. And now, not only does not even one of a thousand know lashon hakodesh, our natural language, clearly – to understand in depth what he learns, or when he blesses and prays to insure that what he utters should be with the maximum meticulousness, as fitting to stand before the King of the Universe to find favor in His eyes so that it should not be considered habit alone – they do not care even if they deride and blaspheme. Once I heard from a learned Chazan, who wanted to show his meticulousness in praying before the amud, when he reached the blessing of Hashkiveinu, he said, "Guard tzei'atainu." Then I said to him: You guard what goes out of your mouth, 'Go back and cover tzei'atecha' (your bodily waste) ... As an adulterous woman, thus our rich people do; they spend much money teaching their sons and daughters French...

Pele Yoetz writes (la'az): "It is true that the inherent value of lashon hakodesh is great, so that [Chazal] said that one who can always speak, even in worldly matters, in lashon hakodesh, acquires holiness."

The Shalah writes at length in numerous places about the value of lashon hakodesh, and writes: "Fortunate is one who trains himself to speak in lashon hakodesh also during the week."

The sefer Galia Raza writes that because Yaakov Avinu brought Aramaic into the Torah – since Yaakov called it Gal-Ed, whereas Lavan called it "Y'gar Sahaduta," – Israel were exiled to Egypt. The sefer Chanukat HaTorah writes about this on the verse, "An Aramean made my father lost and he descended to Egypt," that this is what is said at the sale of Yosef, "They raised their eyes and saw a caravan of Ishmaelites coming from Gilad ... to bring down to Egypt." (Bereishit 37:25) This means, they came from Gilad, that Yaakov caused that the translation of Gilad will be in the Torah in Aramaic, and therefore he went down to Egypt. This is, "An Aramean tried to make my father lost," that Aramaic caused that my father should be lost and go down to Egypt. Thus, we say in the Haggadah, "He went down to Egypt – he was forced by the dibbur," that because of that Aramaic he went down to Egypt. [Cf. Ya'arot Dvash ont the verse, "Is there no tzari (balm) in Gilad?"]

We mentioned earlier that language is not something technical alone, nor something of convention, but rather it expresses the spirit of the nation. Based on this we can understand the decline of the Hebrew language since the destruction of the Temple. Kuzari writes (II:68) that the language fared what its bearers fared, that it also declined with their decline. But now, when Am Yisrael is shaking off its dirt and returning to its homeland, the language also needs to arise and to be aroused anew.

However, we need to know that the Land and the language go hand-in-hand with Torah. It is utterly impossible to establish Judaism on Land and language alone. Rav Kook zt"l writes (Letters, II, p. 281):

He writes that certainly we should oppose vehemently those who cut off these two branches, the Land and the language, from their root of life, from the source of eternity, from the name of Hashem, G-d of Israel, Who is called over His nation.

His son, Rav Zvi Yehuda zt"l added that with the reawakening of the language to life, G-d sent the Chafetz Chaim to purify the language, and he wrote his work about guarding speech.

Every Jew should take pride in nationalistic issues such as Land and language. Just as Moshe was not buried in Eretz Yisrael because he did not acknowledge his land, and was silent when the daughters of Yitro said about him that he was an Egyptian, whereas Yosef, who acknowledged his land and said that he was a Hebrew, and therefore was buried in his land – so, too, we must take pride in speaking lashon hakodesh. It is obligatory to teach the Hebrew language to one who did not learn it, as the Rambam writes (Avot ch. 2) on the Mishna, "Be careful of a light mitzvah as of a severe one" – learning lashon hakodesh. Conversely, when one does not learn and speak in lashon hakodesh, Rashi writes about this: "It will be eikev you will listen" (Devarim 7:12) – [even] mitzvot that a person tramples on with his heels. Rav Chavel cites in his footnotes in the name of the Maharik: Such as the rejoicing on the festival and speaking lashon hakodesh.

The Ibn Ezra writes: "A pure language is lashon hakodesh, for with it alone G-d's Name is called." 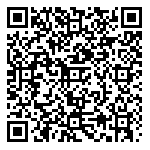