The witnesses of a shtar are what make it into a legally valid document; otherwise it is just a plain piece of paper. Which set of witnesses gives it the power of a shtar: the witnesses who sign it (edei chatima) or those who see it being given (edei mesira)? This is the subject of a dispute, primarily in Gittin, between R. Meir and R. Eliezer: "R. Eliezer says: Even though there are no witnesses on it [the Get], but it was given to her in front of witnesses -- it is valid, and she collects from subjugated property, since witnesses only sign on the Get for 'tikun ha'olam.'" (Gittin 86a) R. Meir argues, and maintains that "edei chatima kartei" -- the witnesses who sign effect the divorce.

The Gemara in the beginning of Gittin (3a) states that the halacha is like R. Eliezer "in regards to gittin." Tosfot (s.v. dekaima) understand that because the Gemara was discussing gittin it said "in regards to gittin," but the ruling is according to R. Eliezer also regarding monetary documents. Thus, they maintain that there must be witnesses present at the time of giving the Get, and without them the woman is not divorced. The signatures help that if the edei mesira are no longer present to testify in person when the woman wants to remarry -- if the Get was signed we can presume that it was given properly. Furthermore, R. Tam claims that even R. Meir requires that witnesses be present at the time of giving, because of the principle, "??? ??? ?????? ???? ?????" (any issue of marital status requires two witnesses). Tosfot continues that also a shtar kinyan (a document effecting a sale or present) must be given in the presence of witnesses according to R. Eliezer. However, it is possible that in monetary matters, where ????? ??? ??? ???? ???? ??? (the admission of the litigant is like one hundred witnesses), the signatures of the witnesses suffice just as the admission of the litigant. This does not apply, though, to gittin and kiddushin, since the husband's admission is not valid there, since it impinges on the woman's permissibility to others.

The Rambam and Rif argue with Tosfot, and maintain that even R. Eliezer agrees that signatures suffice. R. Eliezer means even witnesses of mesira are valid. The Ran explains that if we see the Get signed by witnesses in the hands of the woman, ??? ???? (we are witnesses) that the Get was given, since it was not forged, and the witnesses would only have signed if they were ordered to do so by husband. Therefore, we conclude that it must have been given to woman. Thus, the giving of the Get does not necessarily have to be before witnesses, unlike Tosfot.

If two [witnesses] signed and he transgressed and gave it to her in private, or if the edei mesira are found to be invalid, it [the Get] is valid, since the witnesses that are in it are valid, and the Get is being presented [to court] by her.

This explanation is like the rationale of the Ran.

Here he requires the husband to give the shtar in front of witnesses! The Lechem Mishneh asks, why didn't the Rambam conclude that if it witnesses signed the shtar and it was given in private it is sufficient, as he write in Hil. Gittin? [It is possible to answer that Rambam was only dealing with a case where, for whatever reason, witnesses didn't sign, but why not mention the possibility of signatures? It seems as it this wouldn't suffice!]

The Imrei Moshe (one of the Roshei Yeshiva in Slabodka) pins it on the Rashba's opinion in Yevamot 31b regarding the fifteen women who exempt their co-wives from yibum and chalitzah. The Mishna (Yevamot 30b) states, "Any [of these fifteen] who had a kiddushin or divorce that was questionable, their co-wives must undergo chalitzah and not yibum." (They need chalitzah, since perhaps the prohibited woman was actually not a co-wife; they cannot undergo yibum, since perhaps the prohibited woman was a co-wife, which would exempt all the co-wives from yibum.) The Mishna gives examples of questionable kiddushin and divorce: "He threw the kiddushin to her, and it is questionable whether it [landed] close to him or close to her -- this is a questionable kiddushin. Questionable divorce -- he wrote it in his own handwriting and there are no witnesses on it; etc." This is based on the Mishna (Gittin 86a):

The reason for these three cases is that they are all valid by Torah law, but invalid miderabanan.

There is an obvious difficulty here. How come regarding safek kiddushin the Mishna gives the example of throwing the kiddushin, but does not say the same for safek geirushin? The Gemara (Yevamot 31b) discusses this. According to Abaye, "???? ???? ????" -- the examples given regarding one apply also to the other. Rava questions this, and concludes that while the example of safek kiddushin (throwing) applies also to divorce, Get has the additional case of witnesses but no date, which is not instituted by kiddushin. What about the other two cases of divorce? (I.e., the husband's writing with no witnesses or only one witness.) The Rashba concludes that such a shtar kiddushin is completely invalid, unlike a Get, and therefore the "co-wife" can undergo yibum, since she is, in fact, not a co-wife to an ervah.

Thus, the Rashba compares the husband's own writing to ????? ??? ???, which doesn't apply to kiddushin, since it prohibits her to others. However, regarding divorce, the husband's own writing is valid by Torah law, since he thereby permits her to others, and does impinge upon them. Tosfot in Yevamot (31b, ?"? ??????) is unsure whether a shtar kiddushin written by the husband without the signature of witnesses is valid, since there is no requirement for a date. The Achronim explain that Tosfot maintain that the Torah certainly does not require witnesses in such a case; their question is merely whether the signature of witnesses was instituted miderabanan. They explain that Tosfot assumes that Get also impinges upon others, since it prohibits the woman to a kohen in the eventuality that the husband will die -- and yet the husband's own signature is valid. If so, the same would be true regarding kiddushin. The Rashba, however, understands that a married woman is prohibited to everyone, kohen and yisrael alike, and the Get merely permits her to others (yisrael). In any case, the Rashba links the validity of the husband's own writing to the question of ?? ???????, impinging upon others.

This principle is explicit in Tosfot in the beginning of Gittin (4a, ?"? ?÷???? ??). Regarding monetary documents, where ????? ??? ??? serves as valid proof like witnesses -- edei chatima suffice to give the shtar legal validity, even without edei mesira, whereas regarding Get and kiddushin, where ????? ??? ??? does not suffice because it impinges upon others -- neither do edei chatima. Thus, they also explicitly equate edei chatima with ????? ??? ???. According to the Rashba, what would the halacha be regarding a shtar kiddushin with only edei chatima and no edei mesira? Based on Tosfot's principle, it would be only valid for a Get, but not for a shtar kiddushin.

It is commonly explained that sometimes witnesses are merely to verify (??? ?????), and sometimes they are to uphold the event (??? ÷???). For example, an act of kiddushin not in the presence of witnesses is nothing. What about a Get? According to Rashba, since the husband's own writing is valid, even though there are no ??? ÷??? and no edei mesira, it seems that it is sufficient to have ??? ?????. However, according to Tosfot, we require ??? ÷??? also by a Get. That is why a Get cannot be valid without edei mesira, since even according to the alternate explanation of the Ran, the ??? ???? that obviously the Get must have been given serves only to verify, but cannot take the place of edei kiyum.

Based on this, the Imrei Moshe provides an explanation for the Rambam why the husband's own writing is valid only for Get and not for kiddushin. Perhaps he maintains like the Rashba, that kiddushin impinges on others and needs ??? ÷???, and therefore does not suffice with edei chatima.

However, this dependence of edei kiyum on ktav yado not sufficing, and hence, on whether it impinges upon others, is not clear. Perhaps we require edei kiyum also for Get, even though it does not impinge upon others. This question is tied to a more fundamental one. How do we know that kiddushin needs witnesses? "Davar -- davar" from money. However, there the two witnesses serve only to verify, so how could kiddushin -- which is derived from it -- be different? Moreover, "?? ??? ?? ???? ???" is said about an adulterous woman, and if husband knows that she was unfaithful she is prohibited even if there were no witnesses present at the time of sin. How, then, do we derive ??? ÷??? from "davar?" The Kzot 241 discusses the issue, and others argue with his interpretation.

The Ohr Sameach (Hil. Ishut 9:16) explains that some things do not need witnesses to generate an obligation. For example, if one damages another's property he owes him even if no witnesses were present. They are only needed if the accused party denies the damage. Thus, we do not need the "da'at" of that person, since the Torah imposes the obligation automatically. Sometimes we require the da'at of one party, such as when giving a gift and having others accept it for the recipient, even without witnesses. By kiddushin we require the da'at of both the man and the woman. What makes da'at? If witnesses stand behind a fence and secretly observe the kiddushin, the Rashba and others rule that it is not valid. We see that regarding kiddushin there is a special element of doing it with a full heart, since it impinges upon both the man and woman. Each has responsibilities to the other. Therefore, since it impinges, the husband is concerned that maybe the woman will reconsider and deny accepting the kiddushin, and so too, the woman. Therefore, if witnesses are not present to substantiate the kiddushin, they do not have a full heart to effect the kiddushin. However, when witnesses are present at the time, each is assured that the other will not retract and they commit with a full heart. Thus, because kiddushin impinges, there is no full commitment unless there are witnesses, and hence the need for edei kiyum.

Thus, how can require edei kiyum for kiddushin more than for money, which is the source of the derivations? The answer is that all that we derive from money is that testimony requires at least two witnesses. Yet, the substantiation provided by the witnesses is not identical. By money it is only needed for Beit Din, since the giver knows that the other will accept commits with a full heart, whereas for kiddushin it is needed also for the husband and wife, since they impinge upon each other.

Based on this, we can understand the Rashba's statement, that kiddushin impinges upon others and therefore we need edei kiyum. What is the connection? When we need the da'at of both parties, and each is concerned about the other's retraction, we need witnesses so that the parties will have a full heart. Get, however, depends on husband alone, with full heart, like money, since she cannot retract or refuse. So, too, adultery does not need da'at. Thus, a shtar kiddushin must be given only in front of witnesses, not so a Get. 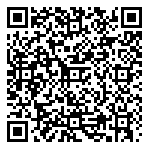