“These are the chronicles of Yaakov: Yosef” (Bereishit 37:2). Chazal interpreted this pasuk to mean that there are many similarities between Yaakov and Yosef. We will focus on a number of points that  appear to characterize Yosef’s role in the development of Klal YIsrael.

1. The greatness of both Yaakov and Yosef, as well as the majority of their activity, came to the fore outside of their natural place, while they were in galut. Yaakov’s rise took place in Charan, when he lived with Lavan, and Yosef became great in Mitzrayim, where he began as a slave.

2. Both were alone and apart from others. The Torah describes that Yosef merited the blessing of Yaakov: “Your father’s blessings surpassed the blessings of my parents, to the endless bounds of the world’s hills. Let them be upon Yosef’s head and upon on the brow of the nazir of his brothers” (Bereishit 49:26). Yaakov’s blessing is a boundless inheritance, and Yosef merited it as the “nazir of his brothers,” the one who was set apart.

3. Both were the fathers of the shevatim.

The Avot acted as individuals, but they lived their connection to Hashem on the level of the group, creating an entire world. Anyone connected to them in any way – whether a son or a member of their camp, a student or servant – lived with the impression that he was part of a kingdom. One who lives on some remote island, even if he lives with others, will not have this sense; a small group of isolated individuals cannot create an entire world that encompasses all cultural needs. The Avot, however, were able to achieve this. It is for this reason that they are called the “Avot,” as all of their descendants for all generations are associated with them.

This is not the case with their children. Each individual is not considered an independent world. Rather, when they unite together, they create a community that builds a complete nation and allows for the dwelling of the Shechina. This collective of Am Yisrael was to become more sophisticated and grow to the point that it was a nation worthy of accepting the Torah and establishing a kingdom in which Hashem’s rule would be reveled in all of its glory.

This is the root of the bracha recited upon seeing a group of six hundred thousand Jews, the number of those present at Matan Torah. Hashem taught us that this number includes the range of talents and ways of thinking among individuals. The Avot incorporated all of these elements in themselves.

After the Avot, Hashem continued to reveal Himself to individuals who were worthy of prophecy, but only through the power of the collective. The efforts made by an individual are easier when he is part of a group.

Yosef inherited this trait of Yaakov, as reflected in the fact that although he was utterly alone in Mitzrayim, he protected his identity and perfection, just as Yaakov had done in Charan. He therefore reflects the special bracha of Yaakov, the boundless inheritance. He maintained his persona despite the external circumstances, and he therefore merited to father shevatim, just as Yaakov had.

Indeed, Yosef’s sons were remarkable in the fact that they were so connected to their father and felt their connection to his reality to such a degree that they did not consider themselves part of Egyptian society. Imagine an immigrant who arrives in a foreign country and manages to advance to such an extent that he becomes a ruler and marries the daughter of an aristocrat. His children are members of the nobility. What are the chances that they will sense any sort of connection to the land from which their father came? Yet Yosef’s sons live their entire lives as the sons of Yosef. They do not integrate in the reality of Egypt. Thus, when Yaakov and his sons arrive, Yosef’s sons connect with them and are counted among them. As a result, they belong to Klal Yisrael, and not to Mitzrayim, despite the fact that they thereby give up their noble standing and join a group of exiles.

This was similarly the strength of Yaakov. Yaakov united his family and gave them the sense of being a collective, thereby causing them to feel connected to Yitzchak and Cana’an, despite the fact that they had never seen either, and not to Lavan and the people of Charan. They passed this ability down to the Jews throughout the generations. One who studies other groups of immigrants will recognize the miracle in this phenomenon.

How were Yaakov and Yosef able to protect their worlds and avoid assimilation among the nations that surrounded them? And how did they create this sense in their families? Chazal teach that both Yaakov and Yosef observed Shabbat. The Ramban cites this idea in his commentary (Bereishit 27:5):

Throughout the Ramban’s comment, he emphasizes the idea that Eretz Yisrael is the place designated for the observance of the Torah, whereas his emphasis regarding Shabbat is its importance throughout the world. Shabbat is to time what the Mikdash is to physical location. They are points of revelation of the truth, the roots of the collective that unites the individual parts. The Mikdash, the place of the revelation of the Shechina, creates a collective perspective on the world, and Shabbat follows the days of action, constituting “menucha” in the sense that a goal has been accomplished.

There are two unique phenomena connected to Shabbat that can be explained through this idea. The first is the antagonism of the nations of the world to Shabbat. (The fact that the concept of a day of rest is now prevalent is only a result of the dissemination of the Jewish concept of Shabbat by way of Christianity and Islam, which absorbed it on an external level.) Because of their opposition to the concept of Shabbat, the nations mock the Jewish People. (See Chazal’s drasha on the pasuk, “Yasichu bi yoshvei sha’ar.”)

The second phenomenon is the opposition of Jews who have rejected the Torah to Shabbat. This is difficult to understand. After all, Shabbat is an easy and pleasant mitzva. What is demanded of the person other than to rest and enjoy?! It is much easier than Pesach, which requires a much greater degree of preparation and organization. Yet society accepts that burden more readily than the Shabbat!

The resolution lies in the words we express in our Shabbat tefillot: “And You did not give it, Hashem our God, to the nations of the world, and you did not inherit it, our King, to those who serve idols, and even in its rest the uncircumcised shall not partake.” The rest of Shabbat is a gift, a connection to Olam HaBa, which constitutes complete “menucha,” the complete attainment of divine truth. As the pasuk states, “Az titaneg al Hashem,” “Then you will enjoy with Hashem” (Yeshayahu 58:14) – the reward for honoring Shabbat is the ta’anug of being close to Hashem in Olam HaBa. Shabbat is the one point of completion in the very imperfect Olam HaZeh. The rest on Shabbat is not physical rest from bodily exertion, but rather the recognition that all of one’s work is complete. Everything is finished and prepared. There is nothing to do but to enjoy the beauty of the world, which lacks nothing. Only one who lives a spiritual life can do this.

Yaakov and Yosef lived in the concealed world of exile, both from the perspective of their location outside of Eretz Yisrael, as well as from the perspective that they were under the rule of idol worshipers whose values were sunk in physicality. Nevertheless, they revealed and connected to the point of the true purpose of the world by experiencing the Shabbat, and they thereby showed us the way.

The period of the chevlei Mashiach is one of confusion and darkness. The observance of Shabbat is the inheritance of Yaakov, “nachalat Yaakov avikha,” which will save him in every time and in every circumstance. “And Bnei Yisrael observed the Shabbat, to fulfill the Shabbat in all generations as an eternal covenant. Between Me and Bnei Yisrael it is an eternal sign.” 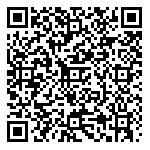