Chazal teach that the places that are mentioned in the Torah have special significance. Thus, for example, they note that Shechem was a location associated with negative historical events, from the sale of Yosef until the split of the melucha. Accordingly, it is appropriate to study the significance of two places in which the Avot lived for extended periods, as well as the events that took place there – Chevron and Be’er Sheva.

Chevron, the city in which the Avot were buried, was also the city in which David began his rule. Indeed, it appears that the reason that David chose Chevron as his first capital (and not Beit Lechem, his hometown) was that the Avot are buried there and had settled there permanently, such that the Torah refers to it as “migurei aviv,” “his father’s place of settlement.” David felt that the choice of Chevron symbolized that he was not a local ruler, but rather a king over all of Klal Yisrael, as he ruled from the place that served as the root of the nation. (According to Chazal, David’s choice of Chevron expresses the fact that he was the completion of the Avot.)

In contrast, it appears that it was not coincidence that Bnei Yisrael chose to coronate Rechavam in Shechem, and not in Yerushalayim. In Shechem, the shevatim lived as a group independent of Yaakov. In the minds of the people, this symbolized the power of the group. They wished to make clear to the new king that he could not rely on the continuity of his rule; he was dependent on the acquiescence of the people. Indeed, this perspective was the very root of the difficult events that took place in Shechem throughout history. (Even on the level of pshat, the people gathered in places that were etched in the historical memory as reflecting the matter for which they gathered; according to the Radak, this similarly explains the gathering of the people in Mitzpeh.)

Throughout his life, Avraham built mizbachot and “called out in the name of Hashem,” and the Ramban explains that Avraham’s intention in doing so was to serve Hashem publicly in order to publicize the very idea of serving Hashem. However, when Avraham moved to Be’er Sheva, he planted an “eshel,” and then “called out in the name of Hashem, the God of the world.” All of the commentaries explain that the eshel facilitated Avraham’s hospitality, through which he taught others about faith in Hashem.

Thus, there is a difference between the manner in which Avraham “called out in the name of Hashem” in Chevron and in Be’er Sheva. In Chevron, his emphasis was on the spiritual plane – the korbanot. It was in Chevron that Avraham was commanded to perform brit mila and the akeida. It is not a coincidence that Avraham arrived in Chevron after parting from Lot, such that Lot had no further connection to the promises given to Avraham there. It was in Chevron that Avraham was informed of Yitzchak’s impending birth. All of these are spiritual matters that relate to the connection between the Avot and Hashem.

In contrast, in Be’er Sheva, Avraham developed a connection with the Pelishtim through the digging of wells and the planting of the eshel. When Yitzchak later passed through Be’er Sheva with the intention of leaving Eretz Cana’an during the famine, he was involved in physical settlement of the area, as Chazal explain in commenting on the pasuk, “Dwell in the land.”

The settlement of the land by the Avot was preparation for the later conquest of the land by their children, not only in the sense of preparing the place so that it would be able to be settled, but also in the sense that they prepared it for the revelation of the Shechina. The Avot created the root of the goal of all of creation by settling in the land and by thereby creating recognition of Hashem’s providence over the land, and by extension the entire world. As we say every day in Shacharit, “Remembered forever His covenant, the matter that He commanded to a thousand generations, which he made with Avraham, and swore to Yitzchak, and established for Yaakov as a statute, for Yisrael an eternal covenant, saying, ‘To you I will give the Land of Canaan, the portion of your inheritance…” The Avot laid the foundation for their descendants’ conquest, which would establish Eretz Yisrael as the place of the revelation of the Shechina. The actions of the Avot were the roots of the actions of their children and a preparation for the ultimate kingdom of Yisrael.

The Ramban writes that the Avot were kings, and the kingdom of Avraham had different elements. On the one hand, his kingdom entailed the building of altars and the offering of korbanot, but at the same time it was a kingdom that revealed the Shechina even in ordinary life, represented by the planting of the eshel. These two elements are represented by the two places in which Avraham lived, Chevron and Be’er Sheva. 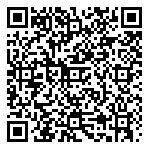