I know, of course, that Haman was a huge rasha, and I certainly join in the chorus of, “Cursed is Haman and cursed are all of the resha’im!” At the seder, I am quite exuberant in requesting, “Pour out your wrath upon the nations who do not know you” (not particularly difficult after three cups of wine!). Nevertheless, it is still difficult for me not to feel some element of admiration for Haman after his remarkable words of praise for the Jewish nation: “There is one nation that is scattered and dispersed among the people in all of the provinces of your realm, whose laws are different from those of any other people, and the laws of the king they do not fulfill, and it is not in the king’s interest to tolerate them” (Esther 3:8).

Did you hear that? We are one nation, as the Torah and the Shabbat attest about us: “And who is like your nation Israel, one nation in the land?” After all of the mussar and criticism that we are used to hearing about the disunity and sinat chinam amongst us, it’s quite nice to open an anti-Semitic newspaper and read that we are, in fact, one nation…

Moving on, Haman calls us “scattered and dispersed.” This is an expression of the amazing and unique quality of the Jewish People – the connection between all Jews, no matter where in the world they find themselves. Indeed, it was this quality that led many non-Jews to accuse us of disloyalty. (Of course, they were wrong. There is no place in the world where Jews have lived or live today in which the Jews are not a blessing for the place. As the navi demands, “Desire the peace of the city to which you have been exiled” (Yirmiyahu 29:7). There is no contradiction between the sense of mutual responsibility among all Jews and loyalty to their country. The Torah is what formed Jewish nationality, the sense of brotherhood beyond geographical borders – which is what forms the basis of non-Jewish nationalism. And it is the Torah that taught us to bring benefit to the countries in which we live.)

The biggest compliment of all is Haman’s closing line: “It is not in the king’s interest to tolerate them.” You will not be able to force them to assimilate; they are completely separate, and there is not use trying. Wow. Halevai that this were true!

The secret lies in the words of Zeresh: “If Mordechai, before whom you have begun to fall, is of Jewish stock, you will not overcome him; you will fall before him to your ruin” (Esther 7:13). As Chazal elaborate, the Jewish nation is compared to both the dust and the starts; when they fall, they fall to the dust, but when they rise, they rise to the heavens. Am Yisrael has no “natural” existence.” When we are on our appropriate level, we are like the stars. But when we are undeserving of special providence, we are as lowly as the dust. We involve ourselves only in Torah and mitzvot, which have no meaning in general society. This can cause others to ostracize us as misfits, or alternatively to be perceived as aristocracy: “And all the peoples of the earth will see that the name of Hashem is called upon you, and they shall fear you” (Devarim 28:10).

The key word in Haman’s statement, “yeshno am echad,” was “yeshno” – which implies that the Jews were “sleeping” in their mitzva observance, and that their God was “sleeping” as well. (The two, of course, are connected, as explained in a number of sources.) Because he did not sense that the Jewish People were fulfilling the mitzvot, he perceived us a disunited group that serves no purpose. Our observance of the mitzvot is what creates the unity among the dispersed and scattered nation. Indeed, once we were united at the time of Purim, we were able to reaccept the Torah as one nation, just as we accepted it at Har Sinai, “like one man with one heart.” Perhaps we might even argue that the fact that there are two different days on which Purim is observed – Purim and Shushan Purim – is reflective of the fact that although we are in a state of disunity, we can overcome it.

May we all merit to fulfill the “laws of the King” so that it will be in His interest to redeem us. 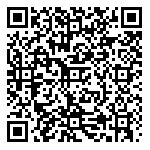