Shaul and the Kohanim

“A man or a woman who has an ov or a yidoni shall be put to death; they shall be pelted with stones; their bloodguilt shall be upon them” (Vayikra 20:27).

The placement of the law of ov and yidoni is difficult to understand.

In the previous section in Parshat Kedoshim, the Torah summarizes the laws of forbidden relationships and the prohibition of sacrificing to molech, upon which the sanctity of Yisrael depends, and it summarizes the obligation to observe the chukim that distinguish between Yisrael and the nations, including kashrut and the laws of purity. The section concludes, “And you shall be holy, for I am holy, and I have separated you from the other nation to be mine” (ibid. 20:26). If the law of ov and yidon has to do with the sanctity of Yisrael, it should seemingly have been brought earlier, as part of the unit prohibiting magic and the like.

The pasuk similarly does not appear to relate to the parsha that immediately follows, Parshat Emor, which discusses the sanctity of the kohanim, with the first matter discussed relating to their obligation to avoid coming into contact with tumat meit. (It is important to emphasize that the kohanim’s obligation is not to avoid all impurity whatsoever, but rather to avoid involvement and closeness to the dead.) Why does the pasuk regarding ov and yidoni appear here?

The Yalkut Shimoni (Emor) states: “‘Say to the kohanim the sons of Aharon’ – What does it say immediately preceding this matter? ‘A man or a woman who has an ov or yidoni.’ For HaKadosh Baruch Hu foresaw that Shaul would in the future rule over Yisrael, and he would kill the kohanim [of Nov] and inquire of the ov… He [Moshe] said before Him: Master of the world – the first king who will rule over Your children will be killed by the sword?! HaKadosh Baruch Hu responded to him:  Do not argue with me. ‘Say to the kohanim’ – whom he killed, who are accusing him.” This midrash appears to explain the juxtaposition of the parshiot based on an isolated event involving individuals, which is difficult to accept. Clearly, the midrash is hinting to some connection between Shaul’s inquiry of the ov and his sin in wiping out Nov, the city of kohanim.

Involvement in the practice of ov and yidoni is an attempt to communicate with the supernatural through involvement with the dead (or bones, which is similar). To this very day, this type of involvement arouses the imagination regarding the possibility of creating contact with something that is above our existence. The kohanim, who are sanctified to serve Hashem, are commanded to do precisely the opposite – to distance themselves from involvement in the impurity of death. It is specifically in this manner that they merit the revelation of the Shechina.

Thus, we can understand the order of the parshiot. First, the Torah commanded us to distance ourselves from the impurity of the nations, as reflected in the arayot and kashrut. Through this, we merit closeness to Hashem and sanctity, as the Rambam writes in his introduction to his count of the mitzvot: “In the fifth book, I will include the mitzvot relating to forbidden relationships and the mitzvot of forbidden foods, for through these two matters we were sanctified and separated from the idol worshippers, and regarding both of them the Torah states, ‘And I have separated you from the nations.’ I have called this book Sefer Kedusha.” After this parsha of kedusha, we learn about the kedusha of the kohanim. The parsha of ov and yidoni is found in between them because they exemplify the opposite of the sanctity that the kohanim are commanded to achieve.

The prohibition against inquiring after the future is part of the general distancing from idolatry, and is primarily part of the obligation of “tamim tehiyeh im Hashem Elokecha” (Devarim 18:13), the mitzva to rely on the nevi’im and to trust in Hashem. The Ramban explains this mitzva: “That we should unite our hearts to Him alone and believe that He alone does everything… and from Him alone should we inquire as to the future, from His prophets and his pious ones – that is, the urim ve-tumim.” The prohibition of ov is included there among the prohibitions of divination and the like. In our parsha, ov and yidoni are mentioned separately in the context of the emphasis on distancing ourselves from involvement with anything relating to the powers of impurity that are connected to death. (As Chazal note, practitioners of these “arts” would sleep in the graveyard so that the spirit of impurity would rest upon them.) This is a higher level of kedusha, one that is connected to nevua and ruach hakodesh, one of the levels of which is inquiry of the urim vetumim. This explains the connection between ov and yidoni and the kohanim. The very first commandment to the kohanim in Parshat Emor is the opposite of ov and yidoni, commanding distance from death.

What led to Shaul’s sin? (Of course, we are speaking of Shaul, who was chosen by Hashem, but we still must understand what is being conveyed to us through this story.) Shaul’s suspicion that Avimelech rebelled against him by assisting David led him to suspect all of the kohanim and to view them all as supporters of David. After all, Shmuel had prophesized that it would be David who would build the Mikdash, establishing with him the future mishmarot of the kohanim. Shaul thought that the kohanim were against him, and he therefore wiped out the city of Nov. This led Shaul to feel that he was not getting a  response from his inquiries of Hashem, and he was embarrassed that he was not worthy of asking the urim vetumim. Out of desperation, he reached the epitome of distance – asking of the ov. Chazal do not mean to say that the events were predicted from the beginning, but rather that bediavad, the order of events reflects the fact that the sin of ov and yidon contradicts the sanctity of the kahuna precisely at the point of inquiring of the dead.

Already at the beginning of Shaul’s sins, Shmuel teaches us that the root of his sin is lack of complete obedience to the word of Hashem: “For rebellion is like the sin of divination, defiance like the inquiry of terafim” (Shmuel I 15:23). Failure to obey creates distance, just as involvement in magical practices creates distance. 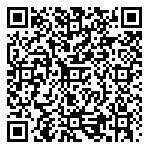