The Financial Success of the Avot

The Financial Success of the Avot

In Parshat Vayetzei, we find that Yaakov became a very wealthy man as a result of his years working in Lavan’s house, returning home with a large quantity of cattle.

We find that the Avot had a dual perspective on the accumulation and possession of wealth. On the one hand, wealth is significant, which is why the Torah emphasizes the success of the Avot in this realm. Hashem promises that Avot that they would be successful financially, and the Torah focuses on the efforts made by Yitzchak and Yaakov regarding their possessions. Indeed, Chazal tell us that “Yaakov remained alone” on the other side of the river because he had returned to retrieve a number of small flasks, “for tzaddikim care about their possessions more than their own bodies, as they are careful to avoid theft.”

On the other hand, commenting on the gifts that Avraham gave to the children of his pilagshim, Chazal tell us that Avraham did not want to benefit from any of the wealth that he received from Pharaoh and Avimelech on account of Sarah. Similarly, Rashi tells us that Yaakov gave all of his wealth to Esav in return for a plot in the Me’arat HaMachpela, declaring, “The wealth of chutz la’aretz is not worth anything to me.” But this is the same wealth that he slaved for night and day, the same wealth that he crossed back over the river to retrieve! Rashi tells us that in his dream, Yaakov saw how angels transferred sheep from Lavan’s herd to his own, signifying how Hashem was helping him succeed financially at every stage. None of this was important to him?!

Man’s involvement in the accumulation of wealth must be evaluated from two different perspectives. From the most basic perspective, since man is dependent on his money, his involvement in attaining it is necessary for his survival. In addition, most financial matters also include a positive element of “settling the world.” From this perspective, we are compelled to involve ourselves in these matters, but they should be limited as much as possible, and they certainly must be confined by ethics and halacha.

Ibn Ezra and Ramban disagree regarding whether Yitzchak was wealthy or poor, and this machloket revolves around an additional disagreement. The Ibn Ezra maintains that Yitzchak was poor; wealth is not necessary for perfected individuals. According to the Ibn Ezra, wealth does not express anything about a person’s stature, and poverty thus does not detract from it. The Ramban disagrees and maintains that financial success is a bracha from Hashem, which reflects perfection. Those who are blessed by Hashem, like the Avot, are wealthy; if a tzadik is poor, that reflects “tzadik ve-ra lo.” This is the basis of the common perception of a wealthy person as successful and reliable and the poor person as someone who cannot be trusted. Wealth is a reflection of Hashem’s love and the individual’s success. If Avraham were to attempt to lead humanity toward the proper way of life while at the same time living in poverty, he would not have been able to successfully convince others. We can thus view the attempts of the Avot to attain wealth as reflecting their desire that others would be influenced by their way of life.

When Esav encountered Yaakov upon his return from Lavan’s house, he asked his brother, “To whom does all of this camp that I met belong?” Chazal explain that he meant to say, “We agreed that Olam HaZeh would belong to me. Where did you get all of these possessions from?” Esav did not understand that people of spirituality and eternity are promised success. Imagine a young woman who earns a living working in a store. The store owner proposes marriage, but she turns him down, arguing that if she were to marry, she would have to quit her job, and then how would she earn a living? The foolish woman does not understand that if her employer pays his workers, he will certainly provide for those whom he loves, whose lives are intertwined with his own.

Yaakov responded to Esav that he showed him his wealth in order to find favor in his eyes – to show Esav that Olam HaZeh and Olam HaBa can co-exist and that those who fear Hashem lack nothing. They are provided for not through overt miracles, but rather through the natural course of events. Indeed, we find that in the time of Shlomo HaMelech, his great knowledge of Hashem was reflected specifically in his enormous wealth and great success and stature.

In order for involvement in the pursuit of wealth to be on this level, it must certainly be conducted with the utmost concern to avoid even the slightest inkling of theft. In addition, this involvement must be rooted in the recognition that one is fulfilling the will of Hashem by helping to sustain the world. One of the points of difference between positive and negative involvement in this pursuit is the difference between wealth of Eretz Yisrael and wealth of chutz la’aretz. The sustenance provided in Eretz Yisrael is a result of direct hashgacha, and eating its fruits is therefore not only physical sustenance, but a reflection of the dwelling of the Shechina. In chutz la’aretz, nature is the guiding force, and it is difficult to see the hand of Hashem in nature. Thus, in chutz la’aretz, the necessary pursuit of wealth demeans the one who is involved in it.

The money that the Avot had was dedicated to their avodat Hashem. But it was not appropriate that the money that Avraham received as a result of Sarah would be used to help him survive. He therefore use it to provide for the bnei hapilagshim, who would teach their students in the manner befitting their level. Yitzchak and Yaakov similarly used their wealth to support the survival of spiritual people in the reality of this world. Any possession that came from lowly sources were given to Esav; they were not used for holy purposes. 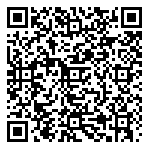