Not Forgetting Who We Are 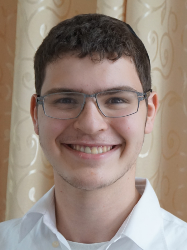 In this Parsha we begin with the passage of Isha Yefas Toar, a woman whom a soldier sees and desires as he’s out in war. The Torah permits a soldier to take such a woman and marry her, but there are numerous conditions. He first must take her into his home and give her thirty days, in which she shaves her head, grows her nails (or, according to Ramban, cuts them short), and cries over her abandonment of her former life. If the soldier still desires her after these thirty days, he may keep her as a wife, but if not, he must let her go free to do as she pleases.

The basic understanding of the special leniency of allowing the soldier to take the Isha Yefas Toar is that his desires are so extreme in wartime that if the Torah would not permit her, he would not be able to control himself. However, the purpose of all the conditions that must be met before the soldier can marry her are subject to some debate.

Rashi explains according to the Sifrei (the Halachic/ Midrashic commentary on Devarim written by the Sages of the Gemara) that the purpose of the 30 days of weeping, cutting hair and growing nails is to make her repulsive to the soldier so he will no longer desire her. Thus, the Torah is devising a method through which a man will be able to control his improper temptations- it teaches that the woman is technically permitted to a soldier, but by the time the soldier undergoes all the requirements, he’ll no longer desire her.Ramban understands that everything the Torah says that the Isha Yefas Toar does is a rite of mourning. (He, and possibly even an understanding in Sifrei, is that we force the woman to convert, though this doesn’t have the full status of a normal conversion unless she ultimately does it willingly. Thus, it is possible that after the initial taking her, which everyone agrees is not ideal, there would be no problem with marrying her.). Rather, we just want the woman to mourn her former life and the gods that she is abandoning now that she is entering into the Jewish nation.

Within this approach, Ramban contends that our allowing the woman to mourn is not because we are compassionate for her, but because we want her to get rid of all her feelings for her former life. The idea is that by expressing all of her intense pain and mourning over the loss of her idolatry and her former ways, she will forget it all and find consolation, and begin thinking about the new life she will have to lead. She will come to accept it, and hopefully even convert willingly, as that is a far more ideal circumstance then forcing her when she doesn’t want to (obviously we ideally would never employ such a method on converts, but here it becomes necessary because of the soldier’s desires. Perhaps it could also be justifiable due to the wickedness of the women in the first place for tempting the soldiers when they went to battle.)

When I saw this Ramban, my first reaction was fear. According to Ramban’s rationale for the reason we allow the woman to mourn her former life, it is evident that the expression of intense longing and closeness could actually help someone part with that closeness. If through mourning one can stop caring and be more removed from what they mourned for, then seemingly, all those times where we really care about someone or something just lead to us being more removed. All those times where we feel an intense level of inspiration or closeness to G-d are actually conducive to being removed from Him!

Of course, there is a difference, but perhaps not an intrinsic one. In the case of the Isha Yefas Toar, she was not practicing her religion or living with her former people at that point. She knew of the life that laid ahead of her, and her mourning was only for a memory, a thought with no fuel to keep it from fading away. However, when we take a piece of inspiration and fuel it, constantly adding more inspiration and living in accordance with it, that is something that could be incredibly lasting and meaningful.(of course, in the case of the Isha Yefas Toar, this is the ideal, unlike when it comes to Torah and our relationship with G-d.)

It’s not too difficult to obtain a moment of inspiration. The problem is, very few people do anything with it. Even though they have this moment where they feel a real inner yearning, a knowledge that there’s more to life, it’s just so much easier to express it all in one burst of inspiration and then forget about it forever. Thus, we are able to allow all the emotions that enable us to reach incredible heights fade away into nothingness, and remain mediocre, failing to realize even a glimmer of the incredible potential G-d granted us. This is the easy, natural path, the path that enables an Isha Yefas Toar to forget everything. It is the difficult but crucial mission that behooves us, as we go through Elul, to not let these feelings pass, but to seize them as catalysts for thought and change. At Kerem B’Yavneh, there is an overwhelming emphasis on this idea, which for me personally has been incredibly transformative. When we really probe ourselves to grow, to connect with G-d, to ask questions and think deeply, we unlock a world within ourselves that we never knew was there. It’s difficult, but with G-d’s help we learn to live life to the fullest, and connect with Him and all our people like never before.We become overwhelmed by the kindness of our Creator, and are able to appreciate everything while understanding the importance of our own contribution as part of G-d’s plan. Let us all make the most of this special time of year to move beyond the fleeting emotions of the Isha Yefas Toar, and become the amazing Jews we can be. 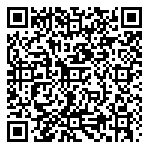