A Long Journey to an Exalted Place

When Yaakov makes his way from Be’ersheva to Charan, the Torah uses the unusual formulation of “va’yifga ba’makom” (Bereishit 28:11) to describe Yaakov’s activities upon arriving at his destination for the evening. Chazal explain that this expression indicates that Yaakov prayed to God; or more specifically that Yaakov established a new prayer, namely the ma’ariv prayer service. Indeed, the root word “pegi’a” denotes supplication or pleading on other occasions in Tanach as well. One example is the story with Ephron the Hittite that appears in Parshat Chayei Sarah. Avraham uses the root word “pegi’a” to ask the Hittites to reach out to Ephron on his behalf when he says: “And intercede (u’fagu) for me with Ephron son of Zohar” (Bereishit 23:8). We find this root word in Megillat Rut too. Rut announces to Naomi “Do not implore me (tifgi’i) me to leave you, to turn back” (Rut 1:16). In line with this explanation of the root word “pegi’a”, we can understand that Yaakov prayed prior to his departure to Charan, although the exact nature of this prayer is not specified in the pesukim.

Obviously, it can be suggested that Yaakov’s prayer was actually tefilat ha’derekh. God’s message to Yaakov in the dream would seem to support this position. God explicitly says to Yaakov:

“Remember, I am with you: I will protect you wherever you go and will bring you back to this land. I will not leave you until I have done what I have promised you” (Bereishit 28:15).

Based on God’s response to Yaakov, it would seem that Yaakov also asked God to ensure his safe and peaceful return home. In fact, according to the Rif and the Rosh, it is appropriate to include such a clause in tefilat ha’derekh. (The Gemara though does not include this clause in the text of tefilat ha’derekh.) And yet, it seems implausible that tefilat ha’derekh was the only prayer offered by Yaakov at this precarious point in time, as he escaped to the home of Lavan.

It would seem that Yaakov’s prayer, its object and intent, is best understood through the prism of the dream that came in the aftermath of his prayer.

Yaakov, who understood that it was his responsibility to reestablish a home that would be infused with the Divine presence, was commanded by his father and mother to leave the land of Israel for an unknown period of time. The disaster that Yaakov faced though was not just his own personal pain and disillusionment. It was the great catastrophe of the painful absence of the Divine presence from Yitzchak’s home and the ensuing destruction of that home. It is possible that this was the object of Yaakov’s impassioned prayer to God, his “pegia ba’makom”. Yaakov beseeched God to restore His Divine presence. He begged God to enable him to create a home and build an altar where God would reveal Himself again and guide the children of Yitzchak and Avraham in their path of Divine worship, the path of righteousness and justice.

At this point in time it was impossible to rectify the wrongs committed by Esav and his wives. Yet, in the dream that filtered through the darkness of the night, it was possible to perceive of this future. In his dream, Yaakov saw a ladder that was positioned on the ground and extended all the way to the heavens. This heavenly ladder was the ramp upon which the angels ascended to sacrifice to their Father in heaven. Yaakov saw God Himself standing at the top of the ladder, receiving the sacrifices that were offered to Him. This vision is explained in the Midrash: “Bar Kapara taught: There is no such thing as a dream without an explanation. “And behold there was a ladder”, this is the ramp, “set on the earth”, this is the altar, [as it is written] “An altar of earth shall you make for me” (Shemot 20:21), “and its top reached to the heavens”, these are the sacrifices whose fragrance reaches the heavens, “and behold angels of God”, these are the high priests, “were going up and down on it”, were going up and down the ramp, “and God was standing over it”, [as it is written] “I saw God standing by the altar” (Amos 9:1). (Midrash Rabbah 68:12) The Ba’al Ha’Turim hints to something quite profound when he writes that the Hebrew words “a ladder set” (sulam mutzav) equal 328 in gematria, “the ramp” (ha’keves) is equivalent to 327, and the words “and behold angels” (v’hinei malachim) are written with the exact same letters as the Hebrew formulation for “these are the priests” (elu ha’kohanim).

Yaakov is reassured by his dream. He senses that his prayers have been answered. In the future, he and his children will build an altar and offer sacrifices that will be lovingly accepted by God. While it is true that many years will pass before this prophecy is realized, even a long, arduous journey begins with one small step, small and yet invigorated:

“So Yaakov lifted his feet, and went toward the land of the Easterners” (Bereishit 29:1). 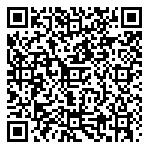