On the first day of Rosh Hashana, we read the miraculous story of Sarah’s pregnancy and the subsequent birth of Yitzchak. At first glance, it seems that the connection between this story and Rosh Hashana is entirely subsumed in the first verse of the Torah reading. Chazal (Gemara Rosh Hashana 10b) teach that God remembered three barren women on Rosh Hashana - Sarah, Rachel, and Chana - thereby creating a temporal connection between the opening verse and Rosh Hashana, by reading Sarah’s story on the day that it happened. This approach understands the remainder of the Torah reading as a mere extension of the first verse, and leaves us with the sense that the Torah reading is somewhat of a missed opportunity. Surely there must be a more impactful Torah story that could enrich and encourage us on this awesome and uplifting day! These feelings are intensified at the end of the Torah reading, which concludes with the verse, “And Avraham sojourned in the land of the Philistines for many years”, a postscript to the story of the peace treaty signed between Avimelech and his chief-of-staff Phichol, and Avraham. Of what relevance is this seemingly tedious incident to the uplifting and important day of Rosh Hashana? Why did Chazal choose this Torah reading for this awe-inspiring day?

In truth, this brief verse encompasses the very essence of Rosh Hashana.

One of the central themes of Rosh Hashana is the Coronation of God as King of the world. Homiletically, Chazal state the God commands us: “Say kingship [malkhiyot] before me, so that I will be coronated King over you” (Gemara Rosh Hashana 16a). The verses that describe God’s kingship are incorporated into the section of the prayer service that discusses the sanctification of the day [kedushat hayom], in line with the opinion of Rabbi Akiva, and the section concludes with the blessing “King over all the world, Who sanctifies Israel and the Day of Remembrance”. This synthesis demonstrates that God’s kingship is intrinsically connected to the holiness of the day. What though, is God’s kingship? Can God’s kingship be adequately expressed by merely reciting ten verses culled from the Torah, Neviim and Kesuvim? Can we properly fulfill our awesome obligation to coronate God as King of the world by simply blowing the shofar and reciting the kingship section of the prayer service?

It seems rather obvious that blowing the shofar and reciting these verses are a call to action for us to live our lives over the coming year in a manner that demonstrates that God is the King of the world. God’s kingship over the world begins with the oral expression of these verses on Rosh Hashana, but this is just a preliminary step. The realization of God’s kingship is dependent upon a grand and involved process that engages the entire world, which Chazal eloquently expressed as follows:

Our God and the God of our forefathers, reign over the entire universe in Your glory, be exalted over the entire world in Your splendor, reveal Yourself in the majestic grandeur of Your strength over all the inhabitants of Your world. Let everything that has been made know that You are its Maker, let everything that has been fashioned understand that You are its Molder, and let everything with a life’s breath in its nostrils proclaim: “God, the God of Israel, is King and His Kingship rules over everything”.

If, at the end of the prayer service, we close our machzor and summarily also close our hearts and our minds, then this powerful prayer will remain embedded in the pages of our machzor, where it will wait for us for an entire year, until next Rosh Hashana. But, if we realize that God’s Coronation, and the ability of the rest of the world to recognize and proclaim God’s Kingship, is dependent upon us and our actions, then as we close our machzor, we will commence another path of Divine service – a way of life that is predicated on sanctifying ourselves to call out in the name of God, and cause others to call out in His name as well, ultimately reaching not just our own intimate social circles, but extending to all of humanity.

This approach towards life is hardly novel. Avraham Avinu dedicated his entire life to bringing this message to the world, and teaching others to call out in the name of God. Rambam describes it as follows:

Then he began to stand up and call out in a great voice to the whole world, to let them know that there is One God for the whole universe, and unto Him it is proper to render service. And thus he went onward, from city to city and from kingdom to kingdom, and gathered the people [in each place], until he reached the land of Canaan and called out, as it is said: "And there he proclaimed the Name of the Lord, God of the universe" (Hilkhot Avoda Zara 1:3)

The peace treaty that Avraham made with Avimelech at the end of the Torah reading on the first day of Rosh Hashana was based on Avimelech’s recognition of the God of Avraham, as a direct result of Avraham’s behavior and way of life:

At that time Avimelech and Phichol his general said to Avraham, “God is with you in everything that you do” (Bereishit 21:23)

This peace treaty also afforded Avraham the opportunity to continue his Divine service, as noted at the very end of this section:

And he planted an eshel in Beersheva and there he proclaimed the Name of the Lord, God of the universe. And Avraham sojourned in the land of the Philistines for many years (Bereishit 23:33-34)

The Torah reading on this day opens with the story of Sarah’s miraculous pregnancy, which began on Rosh Hashana. This story in and of itself though, does not sufficiently express the power and the energy of this day. It is specifically the end of the Torah reading that outlines for us the work that lies ahead of us in the coming year. Wherever we live, and wherever life takes us, we will call out in God’s great name. This begins as an act of speech, but will become evident through the full gamut of our behaviors and our way of life, causing people, both our fellow Jews, as well as other citizens of our shared world, to proclaim: “God, the God of Israel, is King and His Kingship rules over everything”! 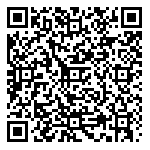