A Beka Was Its Weight: The Duality in Avodat Hashem

A Beka Was Its Weight: The Duality in Avodat Hashem

Our parasha relates, “The man took a golden nose ring, a beka (half shekel) was its weight, and two bracelets on her arms, ten gold shekel was their weight.” What is the significance of this jewelry? Rashi explains, “A beka was its weight” is an allusion to the half shekel that the Jewish people would take in the future, as it says, “a beka for each head.” The two bracelets on her arms represent the two paired luchot. And finally, the weight of ten gold shekel symbolizes the Ten Commandments written upon these luchot. What is the relevance of these allusions?

We saw in the previous parasha that Avraham educated his household in two primary areas. “They keep the way of Hashem, doing charity and justice.” “They keep the way of Hashem,” represents mitzvot that are between man and God, while “doing charity and justice,” represents mitzvot that are between man and his fellow man. The passuk does not say that they “keep the way of Hashem and they do charity and justice.” Rather, “doing charity and justice.” Here, the Torah hints to us that it is impossible to distinguish between the two realms. It cannot be that a person is perfect in his service of God but has despicable character traits when it comes to his fellow man. Similarly, a person cannot be flawless in his interactions with other people without having a basis in the Divine ethic and mitzvot between man and God. This is reminiscent of the words of Avraham to Avimelech when Sarah was abducted to his palace, “Surely there is no fear of God in this place and they will kill me because of my wife.” The Malbim explains that there can be a nation, enlightened in culture, music, education, and all other disciplines. And that same nation can commit the most heinous crimes against humanity and justify them according to their human moral code. When human ethics are not dictated by a Divine, absolute code, they can be distorted according to the corrupt desires of mankind. Avraham hints to this – because there is no fear of God in this place, they might even kill me! They will find the justification for this murder because they want my wife.

The reverse is also true. A story is told of a pious Jew who kept every single detail as written in the Shulchan Aruch. One day, he found himself at a wedding with many guests, one of whom was an individual with dwarfism. The Jew suddenly remembered the law as written in the Shulchan Aruch – when one witnesses an individual with dwarfism, he must recite the bracha, “Who makes creatures different.”ֲֲ  Out of his great enthusiasm to fulfill the mitzvah, he ran up to him, lifted him up, and in a loud voice recited the bracha. Describing such an action, Chazal declared, “Any Torah scholar who does not behave with derech eretz toward his fellow man, a dead animal is better than he is.” It is inconceivable that someone would shame his fellow man in public out of a desire to keep mitzvot!

This is what Eliezer indicates to Rivka. Eliezer sees that Rivka is simply perfect in her interpersonal conduct. She runs, lifts water, brings the water to the camels, goes back and forth, and does her work with a special wisdom. Eliezer says – yes, you are perfect. But there are two luchot! One represents mitzvot between man and his fellow man. There is another, however, which represents the relationship between man and God. To join Avraham’s household, fealty to both luchot is necessary. This is also hinted with the nose ring. The nose, or sense of smell, alludes to good deeds. Eliezer gives Rivka this piece of jewelry to teach that good deeds are only half of the shekel. A commitment to the Divine ethic must accompany these kind actions. Now that Rivka is going to the home of Avraham, she will actualize these two elements. 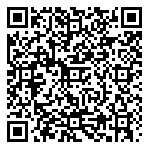