“Then Yehuda approached him” – with this, the buds of redemption began to emerge.

This is what Yechezkel HaNavi describes in the haftarah of this parasha – “I will make them into a single people in the land…one king will be the king of them all, never again will they be two nations, and never again will they be divided into two kingdoms…David my servant will be prince for them, forever…they will dwell on the land that I gave to my servant, Yaakov…I will make a covenant of peace with them - it will be an everlasting covenant with them”.

Even after the destruction of the second Beit HaMikdash, when they were scattered, nevertheless they unite together and yearn for redemption. They remain one nation through the wonders and miracles of Hashem.

“They will dwell on the land…” This connotes a permanent dwelling in which the land will become a portion for them.

“That I gave to my servant, Yaakov…” This symbol was revealed to Yaakov when the stones united into one stone, just as the branches united into one. And it is also represents the unification of Yisrael into one nation at the end of days, at which point they will inherit a limitless portion.

“David my servant….” Hashem promised three things which would be always and forever :

The unity of Yisrael must come from a desire to appease one another and to give in to the other. Indeed, this is what Yehuda says :

“Please, my lord, let your servant appeal to my lord….you who are the equal of Paroh.” He uses words of conciliation and pleading.

“Therefore, please let your servant remain a servant to my lord instead of the boy…” Yehuda offers himself as a servant to the Egyptian ruler, a step in which he forfeits his own freedom for all eternity.

May it be that each of us will merit to contribute his portion toward peace, brotherhood, and redemption through giving and sacrificing to one another with generosity and love. 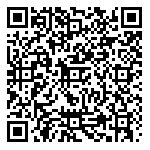