Rav Moshe Feinstein derives two important lessons with respect to one’s self esteem and maximizing one’s potential from pesukim in our par-sha. The first lesson is derived from the opening words of the parsha. Why is the verb תשא (to uplift) used when counting the people? There are other more direct terms that could have been used – like to count למנות?

ג€‹ Rav Moshe suggests that the specific term “tisa”– to uplift is used in order to alleviate one’s concerns of feeling inferior to others. One may desire to learn Torah, but when they compare themselves to oth-ers who are wiser and more learned, one may experience despair. One’s humble sen-timents can lead to low self-esteem. When counting all members of Am Yisrael, each individual is counted as one. No matter howֲ smart, strong or affluent, every member is attributed the same value when counting. One need only apply himself and to work hard to be able to achieve. To “lift himself up”- to strive for excellence.

ג€‹Later in the parsha, a second similar lesson is deduced. Hashem tells Moshe that he has selected Betzalel to assist with the construction of the Mishkan. The pasuk states: “Re’ei karati b’shem Betzalel” See – I designated Betzalel.. (Shemot 31:1). Rav Moshe inquires: where did Hashem pre-viously designate Betzalel? We do not find a previous pasuk that articulates any such delegation. Rav Moshe explains – if Betzalel possessed special talent with respect to architecture, obviously he was gifted with such characteristics in order to use them for the good of society and to fulfil Ratzon Hashem (the will of God). He was allotted this skill so that he could contribute to the building of the Mishkan.

ג€‹Each and every individual has specific skills. Some individuals have the ability to sing or sculpture, while others have the power of persuasion or the ability to orga-nize or manage. No matter what talent one enjoys, one is to direct that talent towards Ratzon Hashem. To recognize that he was gifted with a specific ability in order to uti-lize it for a specific purpose.

ג€‹ After being required to social distance for nearly a year, we should reflect on what we can do to contribute to our shuls, neighbor-hoods and the greater Jewish community. We each have skills that perhaps we have not tapped in the past. Ki Tisa et Rosh- we should take this opportunity to raise up our heads, to maximize our potential and as Bezalel did, utilize our skills and talents to improve the society around us. 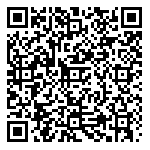