The Death of Nadav and Avihu

"It was on the eighth day, Moshe called Aharon and his sons and the elders of Israel." (Vayikra 9:1) Chazal teach (see Rashi) that on that day, which was Rosh Chodesh Nisan, the Divine Presence dwelled in the mishkan, and G-d was as joyous as on the day of Creation. It says here, "vayehi," and it says in the Creation, "vayehi" – "It was evening and it was morning." (Bereishit 1:5) This is because the ultimate goal of the creation of heaven and earth is the dwelling of the Divine Presence on earth, through which the connection between the upper realm and the lower realm is evident.

At the height of that joy: "A fire went forth from before Hashem and consumed upon the altar the burnt offering and the fats; the people saw and sang glad song." (Vayikra 9:24) This represents the descent of the Divine Presence to the lower realms. In contrast: "A fire came forth from before Hashem and consumed them [Nadav and Avihu], and they died." (10:2) That same fire led to the death of Nadav and Avihu – a great downfall of the great joy that there was at that moment! Why was it necessary to spoil this great joy and to kill them at just this moment? Why did G-d not wait to kill them at another opportunity?

In the Midrash Rabbah on Parshat Bamidbar (2:25):

Nadav and Avihu satiated their eyes of the Shechina [at Mt. Sinai], but didn't benefit from the Shechina. Why did they not die at that time? This is comparable to a king who was marrying off his daughter, and her best man was found to be drunk. The king said, "If I kill him now, I will spoil my daughter's celebration. Tomorrow my celebration comes, and it is better in my celebration than in my daughter's."

The sin of Nadav and Avihu was in bringing "before Hashem an alien fire that He had not commanded them." (Vayikra 10:1) Yet, Moshe consoles Aharon by saying, "Of this did Hashem speak, saying: I will be sanctified through those who are nearest Me, thus I will be honored before the entire people." (Vayikra 10:3) Chazal say (cited by Rashi): Moshe said to Aharon: My brother, I knew that the House would be sanctified through those close to G-d, and I assumed through me or you. Now I see that they are greater than me and you." The question is: If they are greater than Moshe and Aharon, how could they have sinned so greatly by offering an alien fire before Hashem?

The Netziv explains in Ha'amek Davar that Nadav and Avihu sinned because they had a great passion to serve G-d. Because of their extreme greatness and closeness to G-d, love of G-d burst forth from them, and without asking permission from Moshe and Aharon they offered an alien fire. This was also their sin at Mt. Sinai: "They gazed at G-d." (Shemot 24:11) They achieved intense devotion; they overcome their corporeal existence and felt like angels, and therefore satiated their eyes of the Shechina.

However, G-d did not kill them "on His wedding day" – at Mt. Sinai, but rather "on the day of His heart's joy" – on the day of the dwelling of the Presence in the Tabernacle. What is the difference between these two occasions?

At ma'amad Har Sinai, the Shechina descended, but then returned to the upper realms – this was a temporary connection. However, at the mishkan, "the day of His heart's joy" – here a permanent connection was created between G-d and Am Yisrael. Here began the application of Torah in practice by the people. Therefore, it is called "the day of His heart's joy" – because here begins the joint life, as it were, between Am Yisrael and G-d in a permanent manner.

The dedication of the mishkan celebrates the fulfillment of G-d's command in practice, as a model for generations. When a person fulfills mitzvot he needs to know before Whom he stands, and how exactly to carry out G-d's command. Any slight deviation in the fulfillment of the mitzvah can impair the service of Hashem for generations. Therefore, Hashem wanted to cause a great shock amongst the people so that they will understand and learn the lesson that one needs to be extremely precise in the service of Hashem. Any change or deviation, even if it is "for the sake of Heaven" – is deserving of death.

Based on this we can understand the meaning of the Midrash: "My daughter's celebration – this is ma'amad Har Sinai." The Torah was given there to Israel, but the application of Torah in practice did not begin until the building of the mishkan, when Am Yisrael began the sacrificial service, which is the ultimate symbol of the connection between Heaven and earth. This is called G-d's celebration, since through this the whole purpose of Creation is achieved. Here the mishkan was sanctified through great people, like Nadav and Avihu, who acted out of closeness. However, this is not the way to serve G-d, and therefore they died, because the service of G-d needs to be done based only on G-d's command and without any deviation – and only then can Heaven and earth be connected. 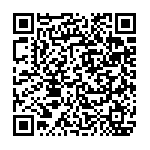