How did Aharon Earn the High Priesthood?

Chazal explain that the service of the Kohen Gadol in the Kodesh Hakadoshim on Yom Kippur is done with white (linen) garments and not with the regular garments containing gold threads - because "the prosecutor does not become the defender." I.e., we do not want to remind of the sin of the golden calf.

There is a great question, though: Aharon himself made the calf. (See, however, Shemot Rabbah 41:7.) If so, there is no greater reminder of the sin, so how could Aharon enter to the Holy of Holies even if dressed in white garments?

Furthermore, why, in fact, did Aharon agree to the people's request and make the calf for them. He should have given up his life and not made the calf, as idolatry is one of the three sins about which are said, "Let him be killed and not violate."

We would like to explain this based on Rav Shlomo Levenstein. The Gemara (Sanhedrin 96b, Gittin 59b) describes the great massacre of Nevuzaraddan, the chief executioner of King Nevuchadnezzar of Babylonia. He arrives and sees the blood of the prophet Zechariah bubbling, and he tries to "calm it." For this purpose he kills there the members of the large and small Sanhedrin, young priests, young men and women, and after he kills the choice ones of Israel, he threatens to continue killing until he stops the blood from bubbling. After this "declaration," the blood subsides from boiling. Who was this prophet, and why was he murdered?

Melachim II ch. 11 tells of the wicked Atalia, who wanted to rule, and in order to establish herself, destroys all the royal lineage of the Davidic dynasty. The only one who is saved is a year old baby, whose name was Yoash, son of King Achazia, who was killed earlier. He is hidden in the Temple for six years, under the custody of Yehoyada the High Priest, and at age seven is coronated and Atalia put to death. Yehoyada the High Priest seals a covenant in which the king and the people commit to following the ways of Hashem.

At that time, the prophet Zechariah, the son and legacy of Yehoyada, was inspired with prophecy and rebuked the people for their idolatry. The nation refused to accept his rebuke, and upon the king's order, stoned the prophet and killed him in the Temple courtyard - "King Yoash did not remember the kindness that [Zechariah's] father Yehoyada had done for him, and he killed his son. As he was dying he said, 'My G-d see this and demand redress.'" (Divrei Hayamim II 24:22) G-d saw, remembered, and demanded redress for the blood of the prophet Zechariah, and for more than 200 years (cf. Yalkut Shimoni II:233), his blood was not absorbed in the earth. Not only that, but the blood was boiling and bubbling until Nevuzaradan came.

We see how great G-d's wrath is for the killing of a priest who is also a prophet, especially in the Temple.

Aharon is found in exactly the same circumstance - he is a priest and a prophet, and stands at the foot of Mt. Sinai, which was a holy place at that time, a kind of Temple. The Gemara states (Sanhedrin 7a):

"Aharon saw and built an altar in front of it." What did he see? R. Binymin b. Yefet said in the name of R. Elazer: He saw Hur slaughtered in front of it, and said: If I don't listen to them - they will do to me like they did to Hur, and will fulfilled with me - "If will be killed in the Temple of Hashem a priest and prophet," and they will have no atonement forever!!! It is better that they serve the calf; perhaps they will have atonement through teshuva.

Aharon could have easily given up his life to die for G-d's name, and thereby save his soul, but then there Am Yisrael would be in danger of destruction. Aharon preferred to sin and be punished, as long as Am Yisrael will have atonement, since it is p[possible to repent for idolatry. This is the great self-sacrifice of Aharon on behalf of Am Yisrael.

What emerges is that Aharon was chosen to be high priest because of his involvement in the sin the golden calf, and not in spite of it. (Cf. Vayikra Rabbah 10:3) The Chatam Sofer comments on Rashi in Parshat Shemini: "Come close to the Altar - Aharon was embarrassed and afraid to approach. Moshe said to him: Why are you embarrassed - you were chosen for this!" We usually understand that Moshe was consoling Aharon, and said to him: Even though your embarrassment is justified, even so this is your role: to sacrifice, and therefore you must approach. However, based on our explanation, "you were chosen for this" should be understood: In the merit of this - in merit of you behavior and self-sacrifice at the golden calf, you were chosen to be high priest. "Fortunate is the nation for whom this is so." (Tehillim 144:15) 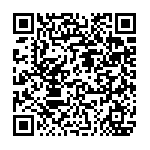