There is a significant discrepancy between the Torah's initial presentation of the sin of the spies and Moshe's recount of it in parshat Devarim. In parshat Shelach, the spies report that the Land of Israel devours its inhabitants, and tell of the awesome strength of its inhabitants, so that Bnei Yisrael would not be able to overcome them even with G-d's help. (cf. Rashi Bamidbar 13:31)

In contrast, Moshe does not mention the negative qualities of Eretz Yisrael in his recount, but rather relates that the people complained that G-d does not truly love them, but hates them instead. Rashi (1:26 s.v. besin`at) comments on this, "He actually loved you, but YOU hated Him, as people commonly say, `What you feel toward your friend, is what [you perceive] he feels toward you.'" In other words, since Bnei Yisrael felt hatred toward G-d, they therefore attributed G-d's behavior in taking them out of Egypt as a desire to punish them, rather than to benefit them. Moshe summarizes the sin by saying, "In this matter you do not believe in Hashem, your G-d." (1:32) It is unclear, though, why is this sin referred to as a lack of belief ("emunah")?

We find, as well, other places in the Torah that the concept of "emunah" is used not in its simplest, apparent meaning of "belief." In the brit bein habetarim (covenant of the pieces), when Avraham was promised by G-d that he would have descendants, the Torah notes that "he had belief in Hashem." (Bereishit 15:6) Rashi explains that he did not ask for a sign about this promise, but did request a sign about inheriting the land, as it says, "Whereby shall I know that I am to inherit it?" (v. 8) Chazal state that because of this request, exile was decreed upon his descendants. Does belief in G-d and His abilities, however, change through the request for a sign? Avraham's doubt was whether he was worthy of receiving the land or would sin, perhaps, prevent it. How does this relate to a lack of "emunah?"

Similarly, the Torah defines Moshe's sin at Mei Meriva with the phrase, "Because you did not believe in Me to sanctify Me." (Bamidbar 20:12) Regardless of how we explain the sin, certainly Moshe did not doubt G-d's abilities, but rather for some reason he mistakenly hit the rock instead of speaking to it. In any case, what does this have to do with a lack of "emunah"?

Upon analysis, we see that the word "emunah" has a number of meanings beyond "belief." It can mean "faithfulness;" "raising another," as in, "[Mordechai] had reared Hadassah, she is Esther" (Esther 2:7); "reliance" on someone or something; "permanence and stability," as in, "His hands were steadfast until sunset" (Shemot 17:12); "trust," and others. A person who has "emunah" in G-d is not one who merely recognizes and accepts the existence of G-d, but rather one who lives in the recognition that "hashgacha" (Divine Providence) accompanies him in every step, and who sees and recognizes G-d's presence in all aspects of life.

This relationship is similar to that of a son who relies on and completely trusts his father, and is secure that his father looks after his needs and acts in his best interests. If we were to meet a child who asks, "How do I know that my father will look after me tomorrow?" and asks his father for a sign that he will continue to look after him -- it is clear that this son does not recognize and have faith in his father. So too, one who asks for a sign from G-d, demonstrates that there is a veil and a lack of clarity in the absolute recognition and trust that should exist between man and G-d. This veil is because man, despite all his efforts to purify himself, is still corporeal, and is influenced by the physical reality which envelops him and obscures from him absolute recognition of G-d's presence.

For this reason the Torah notes Avraham's trust in not asking for a sign, and faults him for when he did. (Obviously, this was a minor fault discernable only on the high level of Avraham Avinu. However, though the generations it magnified into a fault of consequence.) Moshe, as well, misjudged whether the miracle of the water deserved to be done with a greater revelation of G-d's ability, or if it should be in a more hidden manner since he wasn't convinced that Bnei Yisrael deserved it. This is, again, a lack of faith only on an extremely high level, but since it was done in public, it had a negative impact on Bnei Yisrael.

So too, regarding the sin of the spies, had Bnei Yisrael recognized and loved G-d properly -- they would have recognized that there was no real obstacle preventing them from entering Eretz Yisrael. However, since Bnei Israel's recognition of G-d fell short of their knowledge of Him, the difficulties seemed more real and raised doubts in the people, so that they no longer trusted His words. Thus, lack of faith was the source of their sin.

We can add that part of the fundamental nature of Eretz Yisrael is the faith that in this land even material success is not dependent on a person's efforts, but rather on Divine Providence, as explained in the Torah, "The land to which you come ... is not like the land of Egypt ... where you would plant your seed and water it on foot. .... But the land which you cross over to possess it, ... from the rain of the heavens it drinks water; a land that Hashem, your G-d, seeks out." (Devarim 11:10-12)

Thus, life is dependent on "emunah," since with a perspective of trust this is an advantage in that a person does not have to toil. However, from a perspective lacking emunah, it is a disadvantage, since there is no economic security, as Bnei Yisrael complained, "Someone who loves his son, does he give him a rain-field or an irrigated field?" (see Rashi Devarim 1:27)

Just as life in Israel is through the merit of "emunah", it is obvious that the manner of acquiring (or losing) Eretz Yisrael is also dependent on the level of "emunah." When Bnei Yisrael live with a material outlook, and lose their trust in G-d, they are not capable of living on the necessary level of spiritual awareness that the land requires, and they are refused entrance or exiled. In the future, when the exiles will be gathered it says, "Look from the peak of Amanah." (Shir Hashirim 4:8) Chazal explain that on account of "emunah" the exiles are ingathered.

Chazal comment (Sotah 48b), "What caused the reward of the righteous to be wasted in the world to come? ... The small amount of "emunah" that they had in G-d," since a person merits closeness with G-d and a revealed guidance proportional to his trust in and recognition of Him. 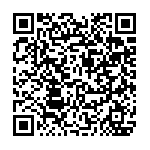