In order to explain this, we first need to examine the significance of the destruction of the Temple in its own time setting, which was radically different from ours.

The Temple was the center and focal point of Jewish life, serving many religious and national functions. First and foremost, G-d's presence dwelled in the Temple, "They shall make a Sanctuary for Me -- so that I may dwell among them." (Shemot 25:8) As such, it served as the gates of prayer, "May You hear the supplication of ... Your people Israel, which they shall pray towards this place." (Melachim I 8:30) The Temple also served to bring peace to the world and peace between G-d and man. In addition, it served to unify Israel, through the mitzvah of "aliya laregel" on the festivals and through the communal sacrifices. Furthermore, it served as a source of national pride, as we find in the Midrash (Shir Hashirim Rabbah 4:11):

Knesset Yisrael said before G-d: Master of the Universe, I remember the security, tranquility and calm that I dwelled in and now has left me. I cry and plead and say, "Who will return me to the earlier days when the Temple was built, and you would come down from the heavens and rest Your presence on Me, and the nations would praise me, and when I would plead about my poverty you would answer me. Now I am embarrassed and shamed."

The people's reactions to the destruction varied, much as we find different reactions to the loss of a loved one. Some people try to detach completely from the person, unwilling to talk or hear about him at all. At the opposite extreme, some do not separate at all, and are unable to find a replacement for the loss. From a psychological perspective, neither of these extreme approaches is considered healthy. The balanced approach is to remember the person, yet at the same time to continue with life and to try to find realistic substitutions for the loss.

So too, at the time of the destruction of the Temple, people's reactions varied. There were those who felt that their entire relationship with G-d was severed, as we find in Yechezkel (20:32) following the first exile, "As for what enters your minds - it shall not be, that which you say, `We will be like the nations, like the families of the lands, to worship wood and stone.'" Similarly, Christianity grained great momentum after the destruction of the second Temple. On the other hand, there were those who tried to maintain total connection with the Temple, as we find in Bava Batra (60b):

The Rabbis taught: When the second Temple was destroyed, many became ascetics not to eat meat nor to drink wine. R. Yehoshua dealt with them. He said to them, "My children, why are you not eating meat and drinking wine?" They said to him, "How can we eat meat from which sacrifices were offered on the altar, and has now ceased?! How can we drink wine that was poured on the altar, and has now ceased?!" ... He said to them, "My children, let me tell you. Not to mourn is impossible, because the decree [regarding the destruction] was already issued. To mourn overly is impossible, because we do not enact a decree on the community unless the majority of the community can uphold it. ... Rather, this is what the Sages said: A person may paint his house, but he leaves a small area [unpainted] ... as it says, `If I forget you, O Jerusalem.'"

R. Yehoshua's solution was to commemorate the destruction, but in a limited way; to mourn the loss, but to continue living.

This balanced approach was most greatly utilized by R. Yochanan b. Zakai, who instituted numerous enactments "zecher lamikdash" (in commemoration of the Temple). An analysis of the various enactments (listed in the fourth chapter of Rosh Hashana) shows that some were aimed at finding a substitute for the Temple, while others were aimed at preserving its memory. For example, in the times of the Temple, when Rosh Hashana occurred on Shabbat the shofar would be blown only in the Temple. RYB"Z instituted that now it should be blown anywhere where there was an established beit din (rabbinic court). Also, in the times of the Temple, the Sanhedrin would not accept testimony regarding the new moon after midday to avoid confusion with the daily order of the sacrifices. RYB"Z abolished this enactment, since the concern was no longer relevant in the new reality. In contrast, in the times of the Temple, the lulav and etrog would be taken for only one day outside of the Temple, and for seven days in the Temple. RYB"Z now instituted to take it seven days everywhere, just like they used to in the Temple itself, "zecher lamikdash." These two attitudes of replacing , yet remembering, are similarly reflected in his other enactments.

While this blended approach has sound psychological basis, there seems to have been Divine guidance, as well, in this direction of finding a new focal point in Jewish life. Initially, the priests were intended to provide the spiritual guidance and leadership for the people. The image of the ideal kohen is depicted by the prophet Malachi (2:7), "For the lips of the kohen should safeguard knowledge, and people should seek teaching from his mouth; for he is an agent of Hashem, Master of Legions." Yet in the 150 years prior to the churban, we find a tremendous decay in the ethics and the stature of the priests. Various sages bemoaned the corruption of the priests: Abba Shaul b. Botnit said in the name of Abba Yosef b. Chanin, "Woe is to me from the family of Bytus! ... Woe is to me from the family of Yishmael b. Pabi! Woe is to me from their fists; they are High priests, their sons treasurers, their sons-in-law administrators, and their slaves beat the people with sticks!" (Pesachim 57a) At the same time, the influence and spiritual leadership of the Torah scholars was rising. This contrast is clearly depicted in the following story (Yoma 71b):

The spiritual leader, the true "kohen," is not the one who is genetically linked to Aharon, but rather the one who follows the ways of Aharon. Chazal underscored this point with the maxim, "Better a Talmid chacham who is a mamzer (bastard, of illicit genealogy) than a kohen gadol who is an `am haaretz' (ignoramus)." RYB"Z saw in this shift of religious leadership Divine direction in establishing Torah as the new supreme center of Jewish existence. As such, it is understandable that when deciding where to blow the shofar on shabbat, he chose the Beit Din, which symbolizes the Torah, to substitute for the Temple.

Why, indeed, was the Temple destroyed? The gemara (Yoma 9a) teaches that the first Temple was destroyed because of the sins of idolatry, immorality and murder. Yirmiyahu (9:12) points to the root cause of these sins, "Because of their forsaking my TORAH." (See, however, Nedarim 81a, and Maharal Netzach Yisrael ch. 4 who reconciles these two sources in the gemara.) The second Temple was destroyed because of "SIN'AT CHINAM" (baseless hatred). RYB"Z therefore saw the need to strengthen these two areas, Torah and chesed, to atone for and to rectify the churban. Indeed, we find in Avot D'Rabbi Natan (4:5) that R. Yehoshua was accompanying RYB"Z. Upon seeing the ruins of the Temple, R. Yehoshua lamented, "Woe is to us that this place, where Israel's sins were atoned for, is now destroyed!" RYB"Z responded to him, "My son, do not feel bad. There is another means of atonement which is greater than it. What is that? Gemilut chasadim (acts of lovingkindness), as it says, "For I desire kindness, not sacrifice." (Hoshea 6:6). Elsewhere, we find that RYB"Z recommended to a family whose members would die young that they should involve themselves with Torah, and would thereby live. (Rosh Hashana 18a) Presumably, to R. Yehoshua, who was already steeped in Torah study, he advised increasing acts of chesed. To the family, who was already involved with acts of chesed, he advised increasing Torah study. [Similarly, the gemara (ibid.) states that although the sin of the House of Eli would not be atoned for through sacrifices, it can be atoned for through Torah and gemilut chasadim.]

What emerges, is that the rectification of the churban requires increased dedication to Torah and to gemilut chasadim. Here is where fasts and holidays achieve opposite results. Fasts encourage dedication to Torah and tefilla. However, the hunger and tension of the fast is liable to cause strife amongst people, as we find (Bava Metzia 59a), "When there is no longer barley in the pitcher -- strife comes to the house." On the other hand, festivals are times that bring people close together, but there is a concern that the joy of the festival will lead to frivolity and a decrease in Torah study. For this reason there is a custom of fasting BH"B (Monday, Thursday and Monday) after Pesach and Sukkot, lest there were people who acted lightheadedly during the holiday.

With this, we can finally explain the words of Zecharya. The fasts, as well as the festivals that will replace them, enhance in one way the service of G-d, but potentially detract in another. For the fasts to turn into festivals successfully, we need to ensure that we maintain the proper balance -- "Love truth and peace!" Truth refers to the Torah, as we find in Mishlei (23:23), "Purchase truth, do not sell it -- wisdom, discipline and understanding." Peace refers to gemilut chasadim, which generates peace amongst people. Through increased effort in these two areas, Torah and gemilut chasadim, we can rectify the root causes of the churban, and bring about the building of the third Temple. 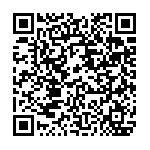