“Ki hinei hamelachim no’adim, avru yachdav. Heima ra’u, kein tamhu; nivhalu nechpazu. Ra’ada achzatam sham…” (Tehillim 48:5-6): “For behold the kings joined together” – this is Yehuda and Yosef. “They advanced together” – this one was filled with ire (evra) towards the other, and this one was filled with ire towards the other. “They saw and were astounded” – [this refers to the brothers’ reaction:] “And the men were astounded, each man to his fellow” “They were troubled and fled” – [this refers to the brothers’ reaction:] “And his brothers could not respond.” “Trembling took hold of them there” – this refers to the shevatim. They said: Kings are discussing one with the other; what concern is it to us if the kings are in discussion? (Midrash Rabba, Bereishit 93:2)

This midrash is apparently attempting to answer the question of why only Yehuda is involved in the discussion with Yosef. Why do we not hear from the other shevatim? The midrash suggests two answers. The first (recorded in a previous midrash) is that Yehuda was the “guarantor” for Binyamin, but although this explains why Yehuda was vocal, it does not explain why the other brothers made no attempt to intervene. The midrash’s second answer is that the shevatim viewed the interaction between Yosef and Yehuda as the struggle between kings, and they, as private individuals, had no right to take part.

The title of “king” has nothing to do with the size of the kingdom upon which the person rules, but rather on the personality of the king himself. A king views everything from the perspective of the group, whether it comes to living his own life (as in “Who are ‘the kings’? The Rabbis”) or with regard to his influence on society. When the shevatim as a group and each one of them as individuals – including Yehuda – worried only about themselves, they lost their “kingship.” Thus, after the sale of Yosef, the Torah records that “Yehuda went down from his brothers.” As Chazal explain, Yehuda had suggested that the brothers part ways, with each one concerning himself only with his own needs.

At the moment of crisis, when Yehuda took upon himself the burden of responsibility for his brother, his malchut was restored. Indeed, Yehuda’s speech is one of reconciliation with Yosef and all the brothers. This is the source of the kingdom of Beit David, the glory of which is not external magnificence, but rather responsibility for the group. (This is the meaning of David’s response to Michal, who questioned the propriety of his dancing before the people: “And with the maidservants that you referred to – among them I will be glorified.”)

What did Chazal see in this particular perek of Tehillim that reflects the climax of the struggle between Yosef and his brothers, and in particular between Yosef and Yehuda? As a whole, this perek describes the struggle of the nations to acquire Yerushalayim. Close study of our parsha indicates that behind the simple meaning of the words, the real subject of discussion is Yerushalayim and the Mikdash. Indeed, Chazal explain that Yosef cried on Binyamin’s shoulder because he foresaw the destruction of the Beit HaMikdash, which was in Binyamin’s nachala. What is the significance of this?

The stories of the Avot, and all of the events recorded in Sefer Bereishit, are the source of the creation of the purpose of the world, as expressed in the reality in which Yisrael rules over its land. This is the final goal of the entire chain of events. By living in the land, the Avot formed the root and the foundation that created the connection between Eretz Yisrael and Am Yisrael for all generations, establishing it as an “inheritance from their fathers.” (Although some commentators explain that “their fathers” refers to those who left Mitzrayim, the Ramban writes that it refers to the Avot.) The establishment of the Kingdom of Hashem in the land that is directly guided by Hashem’s providence was expressed at its height by the Mikdash built in the place that Hashem chose. Indeed, the conquest of the land was not considered complete until the Mikdash was built. Thus, the pasuk in Yehoshua describes that “the land was tranquil,” and Rashi explains that it was through the Mishkan in Shilo that the land was tranquil, as this denoted the conclusion of the conquest.

The conquest of the land and the building of the Mikash in it are not dependent on actions accomplished through natural means, but are rather dependent on the level of perfection attained by the nation. The Avot built the foundation, and their children merit through them the brit of Torah and Eretz Yisrael; Yehoshua was another link in the chain, distributing the inheritance of Eretz Yisrael and passing down the Torah (“Moshe received the Torah from Sinai and passed it to Yehoshua, and Yehoshua to the Elders…”). But the Mikdash and Yerushalayim are dependent on the spiritual status of Bnei Yisrael.

This explains why the bracha regarding Yerushalayim that is included in Birkat HaMazon was changed. When it was established by David and Shlomo, this bracha was written as one of thanksgiving, but after the churban, it was changed to a text of supplication. In contrast, the bracha regarding Eretz Yisrael and the Torah remained unchanged after the churban. Eretz Yisrael and the Torah always belongs to Am Yisrael; the Mikdash and Yerushalayim belong to Am Yisrael only when they are considered a unit. For this reason, Yerushalayim is referred to as “the city that unites together,” and for this reason the chachamim instituted that during regalim, amei ha’aretz could be trusted regarding the tahara of the korbanos; they wished to create a situation in all of Yisrael were bound together with regard to the Mikdash.

The idea of the “twelve shevatim” is not simply the designation of a number, but is rather representative of the perfection of the group. When one is missing and the others are separated, the power of the unit is nullified. This is essentially what churban entails. The unity of the shevatim creates the power of the group. Although Yosef knew that the Mikdash would eventually be rebuilt, he realized that the disunity among the shevatim, even though it was resolved, would result in a painful historical process involving the breakup of the kingdoms in the time of Rechavam and the disputes and sinat chinam of the time of Bayit Sheni.

When we study the Torah’s account of Yosef and his brothers, we ignore the personal perspective of the people involved in the story, and rather study it from the global perspective. Both Yosef and Yehuda were kings; they both had the power of leadership that guides the collective. Binyamin represents the place of the Mikdash and the revelation of the Shechina, and his nachala, including Yerushalayim, is found between those of Yosef and Yehuda. Yosef attempted to rule over Binyamin, but through Yehuda’s self-sacrifice, Binyamin was eventually considered part of Yehuda. Hundreds of years later, when the kingdom was broken up, Binyamin joined the Kingdom of Yehuda (despite the historical struggle between David and Shaul), and not the Kingdom of Yosef, and this established that it would be the Kingdom of Yehuda that would form the basis of Yisrael for all generations. 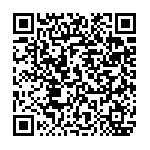