Chazal teach that there were three instances in which Moshe became angry, and as a result erred regarding a halacha: in Parshat Shemini, when he forgot the halacha regarding eating kodshim when in a state of aninut, at Mei Meriava, and in forgetting the din regarding kashering vessels in the context of the war against Midian. A mistake on Moshe’s part, however, is also Torah, as it is one of the foundations of our belief that Moshe’s nevua was direct and complete; he prophesized using the same words that he heard from Hashem, without adding or subtracting.1 Thus, understanding one of Moshe’s errors requires particular examination.

After Aharon explained to Moshe why he had not eaten the korban, the pasuk states, “Moshe heard and he approved” (Vayikra 10:20). Chazal teach that he was not embarrassed to admit that he had heard this halacha but had subsequently forgotten it. Apparently, it is more embarrassing to forget what one has learned than to never have known it at all. The gemara in Chagiga (14a), however, seems to imply that one may conceal the fact that he does not know something by claiming that he has forgotten it, implying that it is better to forget something than to not know it at all.

Regarding most people, there is nothing embarrassing about stating that one has forgotten something, as forgetting is natural, but if one never learned at all, he is deemed lazy. Regarding Moshe, however, the opposite is true. If he never learned something, that means that Hashem never told it to him, and there is no fault in that. But any forgetfulness on his part was liable to call his reliability into question. Despite this, Moshe did not hesitate to admit that he had forgotten the halacha.

The Seforno writes that Moshe “rejoiced over the good logic of his brother and his sons, as they had seen and taught well.” Apparently, then, the question of whether or not Aharon should have eaten the korban while in a state of aninut was subject to sevara, logic. Given that Moshe had forgotten the law, what was his sevara in thinking that Aharon should indeed have eaten from the korban? We can understand this by briefly reviewing Moshe’s other “mistakes.”

The command issued to Moshe at Mei Meriva was ambiguous (see Ohr HaChaim there), and there was therefore room for Moshe to deliberate what precisely was demanded of him. This ambiguity does not reflect a flaw in his understanding of the nevua. Rather, he was supposed to conclude that his first responsibility was to ensure that the people had water, and to then provide it to them in a manner in which their emuna would be strengthened. Moshe’s anger towards the people led him to faulty judgment. Thus, the claim against him was, “Because you did not trust in me,” not that he did not fulfill the command.

What led to Moshe’s error in the third case? The Ramban explains at length that Moshe considered the war against Midian a milchemet mitzva, and therefore anticipated that the people would kill the women of Midian as well, as is required in a milchemet mitzva. However, since they did not realize that they would have such great success in battle, there was no explicit command to this effect, and there was therefore room to assume that the war was actually a milchemet reshut. The Ramban notes that in the wars against Sichon and Og, they did not separate from the tuma or the vessels that they took as spoils because in a milchemet mitzva, there is no prohibition of eating forbidden foods and impurity is permissible for the tzibbur. Thus, according to Moshe’s perspective, in which the war against Midian was a milchemet mitzva, the halacha regarding the vessels should have been similar to that in the case of the wars against Sichon and Og. It was only after he realized that the people had not treated the battle as a milchemet mitzva that he taught the halachot of purity and impurity. Thus, Moshe’s “mistake” did not have to do with the halacha, but rather the application in this circumstance.

One of the central lessons of our parsha – one that is not ordinarily discussed – is the conflict between joy and mourning.2 The fact that simcha overrides aveilut applies not only in the context of the dedication of the Mishkan, but in many other halachic contexts as well. The Kohen Gadol is commanded to be constantly “before Hashem,” such that he should never be in a state of aninut. Although in future generations the kohanim would not eat korbanot when in a state of aninut, Moshe assumed that in the context of the great simcha of the dedication of the Mishkan, eating the korbanot overrode aninut.

Why did Moshe reach this conclusion? We can understand that the complete happiness of being before Hashem leaves no room for sadness; there is no place for mourning or pain, because “strength and joy are in His place.”3 Moshe, who stood entirely before Hashem at all times, lived in a state of constant joy. His joy was so great that he did not sense that there should be any distinction between the kodshei sha’ah and the other kodshim; they all should have been eaten by Aharon and his sons, even when they were in a state of aninut. Because of Moshe’s closeness to Hashem and the great joy that it entailed, he erred regarding this halacha.

In studying this difficult parsha, we pray that we will merit simcha that is not mixed with any sorrow, when Hashem redeems His people.

1 This is unlike the other nevi’im, whose words reflected their personal power of imagination and comprehension.


2 We are not speaking of mourning in the sense of human pain, which only a cruel person does not sense; see the Ramban’s introduction to Torat HaAdam. Rather, we are discussing recognition of tragedy and loss, as many have noted that it is still necessary to cry for the sons of Aharon.


3 The reason that we do not sense this is because we are not truly happy, but we are rather entrenched in materialism, which is rooted in sadness. The proof of this is that when we are sad, we eat more out of self-pity. 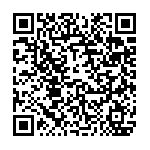