Parshat Bamidbar: Looking at the Aron

“But do not let them go inside and witness the dismantling of the kodesh, lest they die” (Bamidbar 4:20). The pasuk teaches us that out of respect for the aron, the Levi’im were not permitted to see it when the Mishkan was dismantled. Is this a general prohibition, or does it apply only when the Mishkan was dismantled? Later in history, when the aron was returned by the Pelishtim, the people of Beit Shemesh were punished for failing to treat it with proper respect, and according to one view, they sinned by looking at it. This implies that there is indeed a general prohibition to look at the aron. Why, then, are the Kohanim permitted to look at it? The midrash explains (Yalkut Shimoni) that since the Kohanim are called “kodesh,” they are not harmed by coming close to the kodesh. What does this mean?

Furthermore, the gemara in Yoma (54) describes that the Kohanim would show the aron to the Jews who had come to Yerushalayim during the aliya laregel. Based on our pasuk, why was this permitted? The gemara answers that the prohibition related to the time when “the aron is placed in its pouch” – that is, when it was still in transit during the wandering in the midbar. At that point, Am Yisrael is compared to a bride in her father’s house; she is still embarrassed, maintaining a relationship of distance with the groom. In contrast, in the Mikdash, Am Yisrael is compared to a bride in her husband’s house; the relationship is closer, and the prohibition of looking at the aron therefore no longer applies. At the time of the Mikdash, the spiritual level of Yisrael is greater.

A similar distinction is made in the gemara in Pesachim (87), commenting on the pasuk (Hoshea 2:18), “On that day… you will call me Ishi, and you will no longer call me Ba’ali”: “Rabbi Yochanan said: Like a bride in her father-in-law’s house, and not like a bride in her father’s house.” The relationship between a woman and her husband is made up of a number of components. On one level, marriage is a financial partnership. The bond is created through a kinyan and it creates obligation to the woman, ensuring her rights (for the most part). When they live together in one house, they create a joint identity, as expressed in the halachic principle, “Ishto kegufo – one’s wife is like himself.” One distinction between these two levels relates to the degree of embarrassment. We know ourselves that a boy and girl can talk with each other freely until they begin to sense a personal element in the interaction – what we call “love” – and at that point, they blush and feel uncomfortable. The Halacha dictates that a daughter is considered erva at the point when she is embarrassed to stand undressed before her father. An engaged girl feels this embarrassment towards her future husband, until she moves into his house. This is not because the routine destroys her emotions, but rather because she has at that point achieved complete unity with her husband. She is no longer embarrassed from him, just as a person is not embarrassed from his hand.1

The relationship between a believer and his avodat Hashem goes through stages. A person may recognize that he was created and that leads to obligations to G-d, but he may not identify with that knowledge. He is like a person who is ill and who knows that he must change his lifestyle, forcing himself to do so, even though he is not happy about it. Even if a person who recognizes the importance of moral boundaries, if he does not accept upon himself limits, his intellectual awareness will not stop him if he is tested. The relationship with Hashem is simply a legal obligation when it is only the external boundaries that prevent a person from stumbling.2

The presence of the aron is an expression of the brit between Hashem and Yisrael. Thus, the Kodesh HaKodashim is compared to the bedroom, and the badim of the aron are compared to the woman’s breasts, fulfilling the pasuk, “Bein shadai yalin.” But there is no place for revealing that love when they have not separated from lowly physicality. Thus, this relationship must be private, like all true intimate relationships. But when the Dod brings the Ra’aya to “the house of my mother,” there he can kiss her like a brother kisses his sister, as there is no need for embarrassment.

In the same way, the navi describes the difference between the concepts of “Ba’al” and “Ish.” The term “Ba’al” implies acquisition, and in that sense the relationship is the same with anything he “owns.” This parallels the use of names for God that reflect similarity between man’s relationship to Him and other gods. “Ish,” in contrast, parallels the use of the Shem Havaya, which reflects the special relationship between Yisrael and Hashem. Similarly, the Beit HaMikdash in Yerushalayim, which is called a “house,” represents a stage higher than the level of obligation entailed in betrothal. The Mikdash reflects the connection of marriage, complete and revealed love.

There appears to be another hint as well in this regard. The Levi’im were warned not to view the aron specifically when the curtain was removed, and the people of Beit Shemesh were punished when the aron was not in its place. The nature of the relationship determines its essence. When the aron is in its place, looking at it does not cause harm, just as one who is visiting a couple and who talks to them within proper boundaries is different from one who initiates friendly interaction outside of the home. When the aron is in its place, outsiders can look at it. Indeed, in the future, the nations of the world will connect with the Mikdash and Yerushalayim; once there are walls separating the God of Yisrael from others, they will be able to relate to Him. However, when there are no walls, there is an inherent danger.3

The Levi’im were instructed to guard the Mishkan, thus preventing Yisrael from coming to close. The Kohanim, in contrast, are protected by the kedusha of the aron, as they are more closely connected to kedusha itself. Even the Kohanim, however, are commanded not to come to the Kodesh whenever they please. Only Moshe, who freed himself of all physicality, was not bounded in this realm.

May we merit that our eyes see beyond the parochet, when the aron is returned to its place.


1 This explains why the metaphor in Shir HaShirim repeatedly compares the relationship to one of a brother and sister. Although the bond of marriage is the strongest bond, the relationship between siblings has a dimension of unconditional acceptance. A husband and wife give and receive from one another, and human limitations lead to the fact that certain actions are done in private. The relationship between siblings, in contrast, entails no element of embarrassment, as it has no component of desire. As the degree of love between a couple increases to that of spiritual partnership, there is less room for embarrassment. Thus, although marital relations take place in private, a woman goes to give birth publicly. See the Seforno’s discussion regarding Rachel and Leah’s conversation regarding who would sleep with Yaakov.


2 Some people claim that there is no need for separation or “fences” between the sexes, as if one does not understand their import, those fences will not help them, and if he does understand the need, then he doesn’t need them. In truth, there is no need to discuss this issue, since the Halacha has already established these guidelines, and there is therefore no room to complain. Nevertheless, we will address the issue for those who need intellectual convincing. If one wishes to live without any restrictions, any attempt to coerce him will be fruitless, and may even be harmful. As they say, contracts and keys only protect against honest people – but despite their honesty, we need contracts and keys. Only one who intellectually understands the importance of boundaries in all realms – whether with regard to relationships or with regard to smoking – will avoid those ills in an unconditional manner. The boundaries are thus an expression of his will, and they will help him cope with the challenge. Thus, parents who wish to save their children from slipping in their use of technology must discuss the matter with their children, leading them to conclude on their own that the limits and filters are for their own benefit. These limitations are not external, but are intended to help them fight their own battles.


3 The Derech HaChaim, by the brother of the Maharal, explains that in ancient times, kiddushin was accomplished through bi’ah, because their love was complete. A shtar would then reflect the mutual obligations. However, due to yeridat hadorot, we now perform kiddushin through money, which expresses a utilitarian aim. 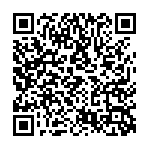