As we begin Sefer Bamidbar, with Shavuos around the corner, we will explore a midrash (Tanchuma, Bamidbar 6), that emphasizes that the Torah was transmitted via three means: water, fire and the desert. This is derived from specific pesukim. Water, as it states:   גם שמים נטפו גם עבים נטפו מים (Shoftim 5:4): Fire as it states: והר סיני עשן כולו (Shemos 19:18); and the desert as it states in our parsha , "וידבר ה' אל משה במדבר סיני" (Bamidbar 1:1).  The midrash explains that these three items are free, so too the Torah is accessible to all.

The Kesav Sofer suggests that each item highlights a different attitude that is crucial when receiving the Torah.  Water signifies humility.  Just as water flows downward, so too one should exercise modesty and be humble when learning Torah.  In any other area of study, the more one knows the better they feel about themselves.  Yet, with respect to Torah, the more one knows, the more one realizes how much more there is yet to understand.

A story is told of a man who davened with tremendous concentration on Yom Kippur.  He was later honored with the fourth aliya.  When the gentlemen returned to his seat, he complained to his neighbor how disappointed he was that he received revi’i, when the person that was honored with shlishi, he felt was less worthy. This individual was pouring his heart out to Hakadosh Baruch Hu.  It is easy to be humble when confronting Hashem.  The challenge is to be humble via one’s fellow man.  That is why Moshe is described as “anav mikol adam” – he was humble with respect to all men, not just before God.   Similarly, as we know, the Torah was given on Har Sinai, rather than on the tallest and grandest of mountains, again demonstrating the importance of humility when receiving Torah.

Fire signifies the spark that Torah ignites in an individual and the way it enlightens the path one takes in life, as is stated כי נר מצוה ותורה אור  (Mishle 6:23).  Torah is our guide like a torch in a dark forest at night.  Torah directs us and formulates for us the way in which we should conduct ourselves.  We have to guide our decisions and actions based on Torah. As the gemara in Shabbos (31) states – one should be kove’a itim L’torah.  Translated literally, that statement is understood as referring to establishing set times to engage in the study of Torah.  Perhaps it could be understood differently.  One should be kove’a itim, L’torah!  To fit the times to the Torah, rather than adjust the Torah to fit the times.

The desert symbolizes that Torah was given to a nation that wandered in the desert, relying on the manna and not in pursuit of lavish luxuries.  To properly accept the Torah, one has to prioritize and seek to obtain Torah rather than materialism.  When our children witness our happiness, is it when we attend a shiur, or go to a ball game.  One is not expected to disengage from all amenities, but to prioritize and emphasize the significance of Torah in one’s life.

In addition, Rav Neiman  (Darchei Mussar), explains that the Torah was given in the desert to accentuate that one must have Emunah and bitachon in Hashem, recognizing that what one has is from Hashem.   As if we are in the desert and depend upon Hashem.  Just as we were gifted with the manna and the be’er in the desert, so too all we have is granted to us by Hashem.   The more we recognize our dependence on Hashem, the more Hashem will care for us.  We need to  place our reliance on God, and then we will be able to understand the depths of the Torah.

As we are about to celebrate the day on which we received the Torah, we should internalize these important messages derived from these three elements: water, fire and the desert.   We should work on our humility, recognize the Torah as lighting our path and guiding our behavior and setting our priorities straight, having a “desert mentality” of not requiring much and recognizing all we have is a gift from Hashem.   Let us prepare ourselves accordingly for a most meaningful kabbalas HaTorah this Shavuous. 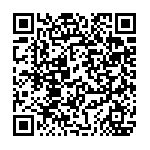