They Brought before Hashem an Alien Fire

They Brought before Hashem an Alien Fire

"A permament fire shall remain aflame on the Altar; it shall not be extinguished." (Vayikra 6:6) This pasuk prohibits extinguishing the fire which is on the altar. What is the symbolic significance of this prohibition?

Fire is unique, in that the rest of creation was completed by G-d during the six days of creation, whereas fire was formed by Adam on motzei Shabbat. The Gemara (Pesachim 54a) concludes that fire was also conceived of during the six days of creation, but was not actually created until after Shabbat, when G-d inspired Man to strike two stones against each other to create fire. Thus, the origin of fire is in the Divine thought, and is referred to by Chazal (Yoma 21b) as "the fire of the shechina (Divine Presence)" or "the heavenly fire." The actualization of fire, however, was accomplished by man.

We must always strive to unify these two aspects of fire. We cannot rely on "the heavenly fire" alone, as G-d expects mankind to complete His intention in the creation of the world, and to bring about its actualization. "That G-d created to do" (Bereishit 2:3) -- G-d created, and it is up to us to do. At the same time, man has to realize that his actions alone are incapable of forming anything new, but can only bring to realization the inherent potential provided by the Divine thought. Chazal associated this idea with the word in Shir Hashirim (2:5) "ba'ashishot" -- with two ishot (fires), the heavenly fire and the earthly fire. (Shir Hashirim Rabbah 2:14)

The construction of the Mishkan (Tabernacle) marked a milestone in the history of the world. G-d had desired a dwelling in the lower realms as well, but man's sins had caused His presence to withdraw to the upper realms. Now, through the building the Mishkan, it returned once again to the lower realms. The fire of the altar expresses this integration of the heavenly fire and the earthly fire, of the Divine creation and the work of man.

Chazal emphasize this idea in their comment on the pasuk, "The sons of Aharon the priest shall put fire on the altar" (Vayikra 1:7): "Although the fire [on the altar] descends from the heavens, it is a mitzvah to bring an ordinary one." (Torat Kohanim) The Kli Yakar explains that this is in order to integrate the heavenly fire with the earthly one. For this reason, it is prohibited to extinguish the fire on the altar, for that represents detaching the heavens from the earth. This is also the idea behind the statement in Avot (5:7) that the rain never extinguished the fire of the Altar, since the heavenly fire is eternal and immutable.

With this introduction we can understand the sin of Nadav and Avihu, "They brought before Hashem an alien fire." (10:1) At first glance, there does not seem to be anything wrong with their action. After all, the kohanim are commanded to bring an ordinary fire, so why was it considered alien?

The Rashbam offers a novel interpretation to this dilemma. The sequence of events, as described in the Torah, seems to contain four separate events:

2) A heavenly fire came forth and consumed the fats on the outer altar. (9:24)

3) Nadav and Avihu offered an unauthorized fire on the inner altar. (10:1)

The Rashbam suggests, however, that all four events were actually simultaneous! G-d's glory was manifested by a fire which came forth from the Holy of Holies, moved past the inner altar where it consumed Nadav and Avihu who had brought their own fire, and continued on to the outer altar where it consumed the fats. It is about this very fire that the pasuk says, "The glory of Hashem appeared to the entire people." (9:23)

Symbolically, this tragedy represents the idea that it is impossible for man to rely on his actions alone, without the help of G-d, and without the recognition that the heavenly fire is the basis and origin of all. 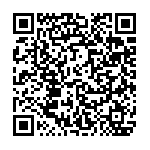