"I will be sanctified through those who are nearest Me" (Vayikra 10:3) is the common theme that connects this week's Parsha with its Haftarah. In both the Parsha and the Haftarah a great tragedy occurred in the midst of great joy, at the time that the Divine Presence came to dwell in Am Yisrael. On the eighth day of the miluim sacrifices, on the day that the Mishkan was dedicated, at the climax of spiritual elevation: "The glory of Hashem appeared to the entire people! A fire went forth from before Hashem and consumed upon the Altar the burnt-offerings and the fats; the people saw and sang glad song and fell upon their faces." (Vayikra 9:23-24) From this climax the crisis arose: "The sons of Aharon, Nadav and Avihu, each took his firepan ... and they brought before Hashem an alien fire that He had not commanded them. A fire came forth from before Hashem and consumed them and they died before Hashem." (10:1-2)

The second episode is described in the Haftarah. In the joyful celebration of the bringing of the Ark to Yerushalayim, as preparation for building the Temple, when "David and the entire house of Israel were rejoicing before Hashem with all kinds of cypress-wood instruments – with harps , lyres, drums, timbrels and cymbals" (Shmuel II 6:5) came the great tragedy: "They came to the threshing floor of Nachon, and Uzzah reached out to the Ark of G-d and grasped it, for the oxen had dislodged it. Hashem became angry with Uzzah and G-d struck him there for the blunder (shal); and Uzzah died there by the Ark of G-d." (6:6-7) Da'at Mikra comments: "'Whenever it says 'became angry' in Tanach it involves burning and fire.' (Rashi Shemot 15:8) It is possible that a tongue of fire went forth from the Ark and burned Uzzah, similar to the death of Nadav and Avihu."

Nadav and Avihu's sin is explicit in the Tanach: "They brought before Hashem an alien fire." Chazal were not satisfied until they added sins: They ruled before Moshe their teacher; they entered the Mishkan drunken, lacking the requisite clothes or without washing; they did not marry; they degraded Moshe and Aharon. Each one of these sins on its own deserves a great punishment, all the more so that it says, "I will be sanctified through those who are nearest Me" – "When G-d does justice to the righteous, He is feared, elevated and praised ... and so it says, 'Awesome is G-d from your holy [places]' – do not read, 'from your holy [places]' but rather 'from those who are holy to you.'" (Rashi Vayikra 10:3) However, how did Uzzah sin? The Tanach explains that he touched the Ark, "for the oxen had dislodged it." Should he have watched idly while the Ark fell? As the Abarbanel writes: "Uzzah had proper intentions and his thoughts were for the sake of Heaven, so why did G-d kill him in His anger with no falsehood in his hands and no deceit in his mouth?"

1. "Uzzah was punished for this, as it says, 'Uzzah sent his hand to grasp the Ark.' G-d said to him: Uzzah, it bears those that carry it, can it not certainly bear itself?" (Sotah 35a) The Gemara makes clear beforehand that when Israel crossed the Jordan River, there was a miracle, and the priests, who seemed as if they were carrying the Ark, in truth were carried in a miraculous manner by it. Therefore, the Abarbanel explains, "Uzzah sinned with lack of faith, in thinking that the Ark would fall to the ground ... and because he did not trust in Hashem and did not believe in His hashgacha over the Ark – he was punished with death." Even though his grasp of the Ark was instinctive and almost involuntary – it reflects a mundane attitude towards the Ark, and this was Uzzah's sin. This also seems to be the explanation of the sin in the continuation of the Gemara, "G-d struck him there for the blunder – on account of his mistake." Rashi: "The mistake that he made in grabbing it."

2. Uzzah was punished because "he attended to his needs (asah tzerachav) before it." Rashi explains: shal is from the word yishal zeitecha and u'veshilyata (Devarim 28:40) – something that is dropped from above to below." It seems that Rashi explains "attended to his [physical] needs" literally, but this does not fit with the simple meaning of the verses that Uzzah's sin was that he touched the Ark.

It is possible that the Gemara's statement, "attended his needs" should not be taken literally, but rather to lightheaded behavior on the part of Uzzah towards the Ark, similar to what it says, "Against the great men of Israel he did not stretch out His hand – they gazed at G-d, yet they ate and drank." (Shemot 24:11) Rashi explains: "They were looking at Him with a casual    heart while eating and drinking." This is similar to the sin of the people of Beit Shemesh, "He struck the people of Beit Shemesh, for they saw the Ark of Hashem." (Shmuel I 6:19)

An additional explanation is that "attended to his needs" means that Uzzah walked with shoes before the Ark, and this is the intention of the verse, "G-d struck him there for the shal," from the word, "shal na'alecha (Remove your shoes)." "Attended to his need" alludes also to shoes that are man's needs. It is cited in the name of the AR"I and the GR"A not to bless "she'asa li kol tzorchi" on Yom Kippur and on Tisha B'Av, when wearing shoes is prohibited.

3. The third explanation is that the sin is not a personal sin of Uzzah, but a sin of the institution under David's responsibility: "Rava expounded: Why was David punished [Rashi: that Uzzah died on his account]? Because he called the words of Torah 'song,' as it says, 'Your laws were song for me.' G-d said to him: 'The words of Torah, about which it says, 'Rest your eyes from it – and it is gone' (Mishlei 23:5), and you call them, 'songs?' I will cause you to stumble on something that even the young children know, as it says, 'To the children of Kehat he did not give [wagons], for the sacred service was upon them, they carry on the shoulder,' and he brought it on a wagon."

According to this approach, it is possible to list additional sins in the mistaken planning for bringing up the Ark. Ibn Ezra writes on the verse: "The Levites shall encamp around the Tabernacle of the Testimony so that there shall be no wrath upon the assembly of Bnei Yisrael, and the Levites shall safeguard the watch of the Tabernacle of the Testimony" (Bamidbar 1:53) – "like Uzzah, who touched the Ark." Thus, we understand why David was upset about this, because he understood that it was his fault that the tragedy occurred.

4. In the Kabalistic works, Uzzah is elevated to immensely spiritual levels: "What occurred here is similar to what occurred with Nadav and Avihu at the dedication of the Mishkan ... and therefore here, also, G-d was sanctified through his honored ones, and G-d inflicted a breach against Uzzah. David was upset about this [that Uzzah was chosen and not he], similar to what Moshe said, 'I thought either through me or you [Aharon]' ... Therefore it says, 'He died there with the Ark of G-d,' and Chazal comment,  'Just as the Ark endures eternally, also Uzzah comes to the world to come ... Similarly, the Alshich explains that in [Uzzah's] death, his soul was bound with the Ark of G-d." (Be'er Moshe, Ozrover Rebbe, Shmuel II 6:7-8, p. 431)

Indeed, the Alshich explains about the death of the children of Aharon: "Through the removal of the righteous, the Divine Presence is filled above with an influence of upper sanctity, for yichud is made, as those who versed in Kabala know." This death, which is reflective of "He is awesome in deed (alila) toward mankind" (Tehillim 66:5), as the explanation of R. Yehoshua, "Even the awesome deeds that you bring upon us – you bring them with a pretext (alila)." (Tanhuma Vayeishev) It is as if G-d uses a "weak explanation" in order to fulfill his plans.

This explanation elevates Uzzah to the level of the holy and pure. Whereas other explanations see his sin as a coarse violation, and others see it as a light violation, we saw an explanation that Uzzah did not sin at all. He was chosen to serves a pretext to sanctify G-d's Name, which is necessary at the time that the Divine Presence descends to earth – because, "I will be sanctified through those who are nearest Me". 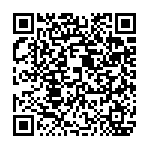