If we pay attention, we note that wherever "Yerushalayim" is mentioned it is accompanied by an expression of "building" or "city," such as: "To Yerushalayim Your city return with mercy;" "Build Yerushalayim, the Holy city, speedily in our days;" "Who builds Yerushalayim in His mercy. Amen." On the other hand, almost everywhere that Zion is mentioned, it is not accompanied by any designation: "Who comforts Zion;" "May our eyes see Your return to Zion with mercy;" "Zion, ask for the safety of your captives;" "Zion said, 'G-d has forsaken me;'" "For G-d has comforted Zion." This is not mere coincidence!

The explanation of this seems to be that Yerushalayim has two aspects: One aspect is its being a special and unique city, which is splendidly built with external beauty. But there is an additional aspect. It is a city of holiness; the city in which the Temple is; the city in which "ma'aser sheni" is eaten; a city of holiness and purity. The city's essence as a beautiful and properly built-up city from an external perspective is expressed by the name Yerushalayim: "The built-up Yerushalayim is like a city that is united together." (Tehillim 122:3) However, the spiritual nature of the city and its sanctity are expressed by the name, Zion: "May our eyes see Your return to Zion with mercy." Therefore, the blessing, "Who comforts Zion and builds Yerushalayim," is fitting. The notion of "comforting" relates to the return of the Divine Presence and the sanctity of Yerushalayim, and this finds expression in the name, "Zion." However, regarding Yerushalayim, is says, "and builds Yerushalayim" -- the physical building of the ruins of Yerushalayim.

According to our explanation, the prophet is expressing G-d's war over the two aspects of the city, the spiritual side and the physical side -- over Yerushalayim, that the city will be rebuilt with splendor, and also over Zion, that the sanctity and Divine Presence should return to the holy city. Therefore, regarding the spiritual aspect of the city it says, "I will not be silent" -- I will not be quiet and restrained, but rather cry out a great and bitter cry to return the sanctity of the city. But, with regards to the building of the city, "I will not be still" -- I will not sit passively, but will fight for it in order to build it anew and to return is as before, built splendidly.

It says in this week's Haftorah, "Ascend upon a high mountain, O herald of Zion; raise your voice with strength, O herald of Yerushalayim!" (Yeshaya 40:9) Zion, which expresses the spirit, must be up upon a high mountain, as the pasuk says, "Who may ascend the mountain of Hashem." (Tehillim 24:3) Yerushalayim, which expresses the tidings of the rebuilding of the city, must be heralded with a strong voice, in an active manner.

"Comfort, comfort, My people, says Your G-d" (Yeshaya 40:1) -- a double comfort. According to our explanation there is another facet to the double comforting. A comforting to Zion -- that the sanctity and the Divine Presence will return to the holy city, and the building of Yerushalayim -- that the ruins and rubble of the city will be rebuilt with splendor.

All that remains for us now is to pray for the blessing with which we opened, that we should merit that G-d will comfort Zion and build Yerushalayim speedily in our days. Amen. 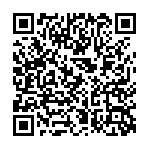