In order to evaluate the comparison, we need to define what the phenomenon of Jewish Hellenism was, and what the Hellenist Jews did. It says in the Book of the Maccabees (I:1):

In those days, there went out from Israel wicked people, who led many astray, saying: "Let us go and sign a covenant with the nations that are around us, since from the day that we turned away from them, much bad has come upon us," and this matter was good in their eyes. People from the nation volunteered and they went to the king ... they built a gymnasium in Yerushalayim like the practice of the nations; they made themselves an orlah, and abandoned the sacred brit [milah]; they drew close to the nations and committed themselves to do evil.

It further tells that the rebellion broke out after Matityahu saw "that a Jewish person came forward before everyone to sacrifice on the altar at Modi'im at the king's command." Thus, the Jewish Hellenists were people who were traitors to the nation and their Torah, and joined the worst of the nation's enemies.

The great majority of those whom we call "chiloni'im" (irreligious), nonetheless fast on Yom Kippur and celebrate the Seder night, as surveys show. They would not consider writing on the oxen's horn, "we have no share in the G-d of Israel," (as the Greeks instructed the Jewish Hellenists to do, according to the Midrash), and they do circumcise their children. Even though they violate much of what we were commanded in the Torah brazenly, "we judge them as forced and as children who were taken captive," as the Chazon Ish writes. (E.H. 118:6) All of the laws written about mumarim (apostates) do not apply nowadays, "and it is upon us to bring them back with chains of love." (Chazon Ish Y.D. 12:16)

However, beyond this, the era is entirely different. One of Rav Kook's letters was sent to a concerned and tormented father about his sons who turned their back to Judaism and joined the Socialist party, and even detached themselves from any nationalist Zionist  connection. Rav Kook zt"l guided him how to relate to them, so that in the course of time they would return to their source, which, I heard, happened. Rav Kook entreats him not to reject them, but to draw them close, and even to help them financially. Among the rest, he writes to him that in our generation, after thousands of years that Torah influences mankind, "We no longer have that accursed heresy that those go to it do not return." (Letters #113)

After the father asked for an explanation for this statement, Rav Kook zt"l wrote another letter (#332) in which he explained himself. Although the later generations are lower than the earlier generations, all this is only due to the individual soul. However, from the inner perspective, i.e., the Jewish people as a whole, each generation adds to its predecessor, because the sanctity accumulates, and therefore the klipa does not have the ability to capture souls, only to weaken the faith, and any evil in them is only external. "Many of them stick to the nation in its entirety, and are proud of the Jewish People, even though they themselves do not know why." "This is the metaphor of 'a poor man, riding on a donkey,' which the tikunei Zohar writes is the generation preceding the Messiah, which is good inwardly and bad outwardly."

We ourselves saw self-sacrifice in the most recent war, "and such a generation who goes out boldly to be killed for ideals that he considers lofty ... cannot be lowly, even if they are completely mistaken, but his spirit is lofty and great and noble." Thus, it is clear that there is no comparison between the irreligious of our generation to the Jewish Hellenists of those days. 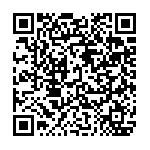