The basis of Perek Shevuat Ha'edut is the pasuk at the end of Parshat Vayikra, "If a person will sin: If he accepted a demand for an oath, and he is a witness -- either he saw or he knew -- if he does not testify, he shall bear his iniquity." (Vayikra 5:1) If a person is summoned to testify on his friend's behalf, and he swears falsely that he does not know any testimony -- he must bring a guilt offering (korban chatat). This is called "korban shevuat ha'edut."

It is obvious that only one who is able to testify is obligated to bring a korban edut, whereas one who is not qualified to testify is not obligated, since there is no point in his coming to court anyway. This is what the Mishna teaches (Shavuot 30a), "Shevuat ha'edut applies only to men, but not to women; to distant people, but not to relatives; to qualified people, but not to those disqualified." Rashi explains that the source for this law is the phrase, "vehu eid" ("and he is a witness"). The Achronim ask on this, the Gemara 35a derives this law from the later phrase, "im lo yagid" ("if he does not testify"). Why did Rashi bring the beginning of the pasuk and not the end?

There is a second question. The Mishna continues, "It applies only to those fit to testify." What does this extra phrase add, in addition to all the distinctions mentioned beforehand? The Gemara on 31a discusses this. Rav Papa's opinion is that it comes to exclude a king, who is inherently fit to testify, but due to his honor is not required to do so in practice. Thus, if he were to swear falsely -- he does not bring a korban shevua. Rav Acha b. Yaakov (RAB"Y) explains that this phrase excludes a gambler, who is only disqualified miderabanan. Thus, the Mishna teaches that since he is not fit to testify miderabanan -- he does not have to bring a korban edut.

The Gemara further states that Rav Papa only excludes a king, who is not "fit" from the Torah, and would not exclude a gambler, who is only "not fit" miderabanan. RAB"Y, however, who excludes a gambler, would certainly exclude also a king. The Rishonim (cf. Tosfot and Rashba) ask, how could a gambler be obligated in a korban edut? Even if he were to come to court to testify, Beit Din would not accept his testimony anyway!

We would like to answer these questions based on a discussion in the Responsa of R. Akiva Eiger (#179). His son-in-law raised the question, if a person accepts upon himself an unqualified witness (see Sanhedrin 24a) and then came other witnesses who proved them false ("hazama") -- do we do punish them with "ka'asher zamam" or not? On the one hand, they are not valid witnesses. On the other hand, since the litigant accepted them, Beit Din can judge on the basis of their testimony.

R. Akiva Eiger wants to answer base on our Mishna, which states that women are exempt from korban edut. The Gemara (32a) discusses whether a single witness must bring a korban edut. On the one hand, Beit Din will not obligate money based on a single witness, but only administer an oath. Yet, if the defendant will not swear -- he has to pay, and thus the testimony can cause a situation of a monetary obligation. The Gemara cites a dispute, and concludes that all admit that the witness of a Sotah (i.e., after due warning a women had yichud in front of two witnesses, and one witness could testify that she committed adultery) is obligated in korban edut, since the husband would be able to divorce her without paying the ketuba. Thus, even a single witness is relevant. Similarly, the single witness of a husband's death (whom Chazal believed to allow the woman to remarry and collect her ketuba from the first husband's estate) -- is obligated.

Now, a woman, a relative, and certain disqualified witnesses are also believed for these testimonies. Thus, R. Eiger reasons, in these cases a woman and a relative should be obligated in a korban edut, just like a single witness. Then why does the Mishna state that it doesn't apply to women and relatives, since it applies in these cases?

R. Eiger answers with the following principle. In order to be obligated in korban edut there must be two conditions:

The witness must be a qualified witness.

The person must be able to testify in practice. Both of these criteria are alluded to in the Torah in the two phrases:

"and he is a witness"

"if he does not testify." Thus, a woman who is summoned to testify about a husband's death is not obligated in a korban edut, since she is not valid "witness." The Gemara which obligates the single witness of a Sotah and the witness of a husband's death refers only to a single witness who is qualified, who fulfills both criteria -- he is valid witness and he can testify in practice. A relative, however -- even though his testimony is accepted by Beit Din -- is not a valid witness, and therefore is not obligated in a korban edut.

With this, we can answer our first question of why Rashi quoted the pasuk, "and he is a witness," and didn't suffice with the Gemara's source, "if he does not testify." An unqualified witness who testifies witness about a husband's death is only excluded from the earlier phrase -- "and he is a witness."

We can also answer the Rashba's question. How can a gambler be obligated in korban edut if Beit Din will not accept his testimony anyway? R. Akiva Eiger answers that RAB"Y was referring only to testimony about a husband's death and Sotah, where he can testify. Rav Papa considers the gambler a valid witness, since he is only disqualified miderabanan, unlike a king who is not fit to be a witness mideoraita, even if he were to testify. In others testimonies, however, where the gambler's testimony would not be accepted, even Rav Papa agrees that he is not obligated in a korban edut.

Based on this, we can explain the fundamental basis of the dispute between Rav Papa and RAB"Y, whether to exclude only a king or also a gambler, as follows: What is the nature of Chazal's disqualification of a gambler? Rav Papa understood that Chazal merely decreed that Beit Din cannot accept his testimony. Thus, where his testimony is accepted, he fulfills both criteria. RAB"Y, however, would seem to maintain that Chazal disqualified the gambler, and thus he lacks the criterion of being a "witness."

R. Eiger concludes that the same principle would seem to apply to hazama, where the Torah says, "vehinei eid sheker ha'ed" (Behold! The witness is a false witness) -- he must have the title of "witness." Thus, if the litigant accepts an invalid witness, even though the testimony is accepted -- he is not a "witness," and would be not subject to the punishment of hazama. What further results is that if the litigant accepts a single, valid, witness as two, he will be held responsible both for korban edut and hazama, since in this case he fulfills both criteria -- he is valid witness, and can obligate money (just as everyone would admit that a single witness is obligated in the cases of Sotah and a husband's death).

The Rambam (Hil. Edut 21:5) writes that if a person falsely testifies that a woman committed adultery after due warning and yichud, and is not entitled to her ketuba -- he is punished with hazama. Based on his approach above, R. Eiger writes that this is only true for a valid witness. However, he cites the Ran, based on the Yerushalmi, that if a person accepted a single witness, he is not obligated in a korban edut. This seems to go against the Gemara about a witness of Sotah and a husband's death! We must differentiate whether Chazal accepted the testimony of the single witness, or an individual person did. If Chazal did, they gave him title of "witness," but if an individual person accepted him -- he is considered a witness only in regard to the litigant (because of the principle of "hodaat baal din kemeiah edim dami"), but not in regards to Beit Din, as far as korban edut and hazama.

The sefer Zemach David (which deals with the Torah of R. Eiger) raises the following question regarding a single witness that the litigant accepted, who is subject to hazama according to R. Eiger. The Gemara in Makkot asks, why do we rely on the second set of witnesses more than on the first set? It answers that edim zomemim is a "chidush," a "gezeirat hakatuv" (novel, Divine decree). Thus, even if we accept R. Eiger's principle that a single witness is considered a "witness," how do we know that the Torah said the "chidush" of hazama even in a case where the testimony is only valid because of the litigant's acceptance? Based on Torah law itself, the testimony is not accepted, so who says that the Torah stated its chidush here to believe the second group? Perhaps the issue should be left unresolved as having contradictory evidence!

He raises another question, which R. Eiger himself alludes to. In the beginning of the last chapter of Yoma (73b), the Gemara states that if a person swears that will not eat and eats non-kosher food -- he is guilty for violating his oath. It asks, but a person is already bound from Har Sinai not to eat such food, so of what consequence is this oath? Reish Lakish answers that he swore not to eat a "chatzi shiur" (half-amount), which is not prohibited by the Torah. The Gemara continues, however, that even Reish Lakish agrees that it is still prohibited miderabanan, so how does his oath apply? If you were to say that a person is only considered bound by oath from Har Sinai if there is an issur deoraita -- then why is a gambler not obligated in a korban edut according to RAB"Y, since he is fit mideoraita (and thus from a purely Torah perspective he can testify)? The Gemara answers that a gambler is not worthy of testifying at all, and it says, "if he does not testify." (Rashi explains that his testimony would not be accepted.)

But according to R. Eiger, the whole dispute of Rav Papa and RAB"Y is not in a normal case, but only in the cases of Sotah and a husband's death where the testimony is accepted! So how could the Gemara say that the gambler is not able to testify at all? Rather, this Gemara indicate that the dispute is about a regular case, and even so Rav Papa and RAB"Y argue, but in the case of a husband's death -- everyone would agree that he is obligated in korban edut! 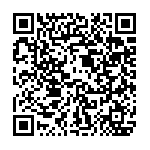 One witness - Will have to swear?
Rav Mordechai Greenberg
Nasi Hayeshiva
ע P