The Role of Miracles

The Role of Miracles

The parasha opens with Hashem’s words to Moshe Rabbeinu, introduced by the verb “vayidaber,” and he spoke. Rashi explains that this particular verb connotes a sense of rebuke. Indeed, the midrash describes how Hashem said, “Alas, for those that are gone and no longer found,” referring to the Avot. Avraham was promised the entirety of Eretz Yisrael but when it came time to bury his wife, he was forced to purchase the land at a high price and still did not question or complain. Similar episodes occurred with Yitzchak and Yaakov. Yet, Moshe doubts and questions Hashem’s dealing with the Jewish people.

Given this, one would expect the ensuing pesukim to contain harsh words of criticism. Yet, the pesukim instead illustrate the special relationship between Hashem and the Jewish people and the miraculous nature in which Hashem plans to redeem them from Egypt. Hashem even uses the name “yud key vav key” which symbolizes mercy and miracles. Where is the criticism or rebuke in these pesukim?

The gemara in Yoma (29a) quotes the passuk in Tehillim (22:1), “To the conductor, about the morning hind…” and explains that Esther recited this as she came before King Achashverosh. Why is Esther likened to the morning? Just as the morning is the conclusion of the entire night, Esther’s story was the conclusion of all the miracles performed for the Jewish people. The Maharsha points out that this comparison seems reversed. Redemption and miracles are generally compared to morning and exile to night. In that case, Esther should have been compared to night – just as night signals the end of daylight, so too Esther symbolizes the end of the miracles. Furthermore, during the time of Esther there were no overt miracles performed. Rather, the story unfolded through natural means.

Rav Yonatan Eibeshitz explains that this entire premise is mistaken. Indeed, miracles should be compared to night. He gives the following parable: In many homes, it is common that there is a small light left on throughout the night. If a child wakes up, and doesn’t know what time it is, but notices his mother turning off this light, he immediately understands that it is the morning. There is no need for the small light burning inside when one can just open the window and let in the sunlight. When does one need miracles? When he is surrounded by darkness, when he doesn’t see HaKadosh Baruch Hu and doubts His presence. So, he asks for a miracle to prove that Hashem is really present. When a person requires miracles in order to believe, that is a low level. A higher level is when one can turn off the light, the miracle. There is a great light outside.

Chazal say that Esther is compared to the morning. Just as the morning marks the conclusion of the night, Esther marks the end of miracles. The Jewish people at her time did not require overt miracles in order to believe. They saw Hashem through the natural occurrences around them.

Hashem said to Moshe – my interactions with the holy Avot were generally via nature and not overt miracles. They simply did not require them in order to believe in Me. “By my name Hashem I didn’t become known to them.” For the Avot, I didn’t need to be recognized through wonders and miracles.  Similarly, during the time of Esther, the people occupied a high level and experienced HaKadosh Baruch Hu through the story of Haman and Mordechai. They could have explained away the events as coincidence and totally human driven, but chose instead to notice Hashem’s hand.
Moshe argued that the Jewish people were dismayed by the middat hadin that they perceived in Egypt. Hashem answered, “I am Hashem” – the attribute of mercy. Had you been able to see that I am compassionate even when things look harsh, you would not require miracles at all. Even when things seem bleak, indeed it all emanates from a place of mercy. But, now that I recognize that you don’t notice my hashgacha, I must perform miracles. This is not the ideal way of revelation. The more that the Jewish people strengthen their faith, the less need there is for miracles. This is the rebuke that Hashem directed at Moshe.

In the time of Chazal, there was no more prophecy. A chacham is someone who connects through Torah. He does not need prophecies and miracles. His true praise is his hard work and commitment to Torah, not his supernatural abilities. 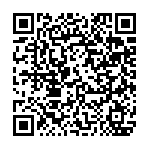