The Gemara (Berakhot 8a) states:

In the West (i.e., Eretz Yisrael), when a man marries, they ask: “‘Matza’ or ‘motzei’?” Matza – as it is written, “One who has found (matza) a wife has found goodness.” Motzei – as it is written: “I find (motzei) that woman is more bitter than death.”

What exactly is intended by this Talmudic statement? What is the distinction between matza and motzei in that one relates to a happiness while the other relates to bitterness?

Rav Shimshon Pincus (Tiferes Shimshon) suggests as follows. When a couple marries, they are in love. They are determined to build a life together. As life progresses, and the couple experiences some challenges, they may question whether they made the correct choice. For a marriage to succeed, one must realize that the decision of selecting a mate was made in the past. One cannot second guess that decision every day and think about whether they chose the best mate. Those who move forward after making the initial decision will have a happy marriage. The term matza is in the past tense. It is the path to happiness.

Motzei, on the other hand, is in the present tense. If one re-evaluates their decision every day, their marriage will be bitter. Each party will be suspicious of the other’s allegiance and commitment. For the relationship to flourish, there must be a real commitment. Sure, issues arise in a marriage, but the couple can work hard and resolving misunderstandings.

Rav Chaim Soloveitchik relates that upon leaving on his first date with his future wife, his father, Rav Aharon Soloveitchik told him “start with your eyes open and your heart closed.” Make a careful and mindful decision.  However, once you've decided, close your eyes and open your heart.  Just enjoy being together and don't look back.

We live in a disposable generation. If we don’t like something, we just buy a new one. We cannot have that attitude when it comes to marriage. That is something that we have to work hard at to improve. As Hazal tell us (Sota 2a), finding the proper mate is as hard as splitting the Red Sea. It is not natural for two individuals to come together as one. When there is a misunderstanding, grab the wedding album and remind each other of the love you felt then and wish to maintain.

Hashem found favor (“hen”). What does that mean? Once he chose us, he doesn't wonder every moment, “Am I going to keep this nation or not? They really sinned against me?” No! He does not re-evaluate whether it was the correct decision to select Am Yisrael as the treasured nation. It’s a done deal. We’re married to HaKadosh Barukh Hu.

The message to us is clear. Once we made the determination to marry, we do not second guess that decision on a daily basis. If we want a happy marriage, there is no room for testing the waters. Accept things as they are and build a strong, trusted and happy life together.  May we do our best to enhance our relationship with our spouse and ensure a happy and healthy environment in our homes. 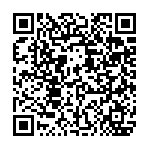