It says in our parsha: "When Rachel had given birth to Yosef, Yaakov said to Lavan, 'Grant me leave that I may go to my place and to my land.'" (Bereishit 30:25) Only after Yosef was born did Yaakov seek to return to Eretz Yisrael. Rashi explains: "After the opponent of Esav was born ... When Yosef was born, Yaakov trusted in Hashem and wanted to return." Since the actions of the patriarchs serve as a sign for their children, in the future, as well, only when the phenomenon of Machiach son of Yosef will appear – will we be able to return to our Land from the long exile. This is what we find in Chazal that Mashiach son of Yosef precedes Mashiach son of David (cf. Succah 52, Megillah 3).

What is that facet of Mashiach son of Yosef that serves as the preface for the return to Eretz Yisrael and the appearance of Mashiach son of David? The approach of the GR"A in Kol Hator, and that of Rav Kook zt"l in Misped Birushalayim is well known. However, there are seventy facets to the Torah, and we would like to explain this idea with an additional approach based on the teachings of R. Zadok Hakohen of Lublin in numerous places.

The return to Eretz Yisrael is not just the physical return to our own territory. It is primarily the restoration of G-d's rule in the world as in previous days, like in the days of David and Shlomo. It is the building of "G-d's Throne in the world," as Rav Kook zt"l writes. We pray, "The throne of David, your servant, speedily return into it (Yerushalayim)." It says about Shlomo, son of David, "Shlomo sat on the throne of Hashem as king." (Divrei Hayamim I 29, 23) Shlomo's reign expressed G-d's kingship in the world. To coronate Hashem over Israel and the world means to take Hashem's Torah and to turn it into a source of guidance and instruction in all areas of life without exception – economics, justice, security, education, etc. – so that in every field Hashem's word will be evident: "His kingship rules over everything." Rav Kook zt"l similarly writes, "In the future Hashem says to Knesset Yisrael: In the past I gave you the Torah, and now I give you life." (Orot Hakodesh)

This is one of the great goals of the Oral Torah, which is referred to as malchut in the Kabbalistic works. "Malchut is called the Oral Torah" (Petichat Eliyahu, Siddur) It's goal is to take the tiferet (splendor) of the written Torah that was given from Heaven and to bring forth from it Hashem's kingship in the world, which is the Oral Torah that infuses G-d's word in all of life. The return to Eretz Yisrael is the fulfillment of this goal: "For Torah will come forth from Zion and the word of Hashem from Yerushalayim" (Yeshaya 2:3); "For there sat thrones for justice, thrones for the house of David." (Tehillim 122:5) Therefore, Rav Kook zt"l writes: "The (future) State of Israel is the foundation of G-d's throne in the world."

A fundamental stipulation to succeed in fulfilling this goal – to ensure that the involvement in the Oral Torah will properly lead to the word of Hashem, that the guidance for the various parts of life that we derive from the Torah will truly be the coronation of Hashem – is the trait of complete righteousness: "A righteous person is the foundation of the world." (Mishlei 10:25) The attempt to derive from the Torah guidance that is not explicit in it has a great danger in it. A person can feel certain that his understanding and his explanation are true, but in truth, it is all wrong. All of his impulses, desires, seeking of honor, and various self-interests enter in the course of the interpretation without notice and without intention. His conclusions are all wrong, and they are not the word of Hashem, but his own words, to which he adapted the words of the Torah without notice. (Cf. introduction to Em Habanim Semechah.) "For bribery will blind the eyes of the wise." (Shemot 23:8) Throughout history there were many who thought that they were expressing Hashem's word (Shabbetai Zvi, Reform, and many others), but they were none other than a great distortion of Hashem's word.

In order to prevent this corruption there needs to appear first a great degree of supreme righteousness, which appeared by Yosef the righteous. This is Yosef who subjugates himself completely to Divine, spiritual values. He does not fall to any temptation, to any desire, to any self-interest. He is a person who lives alone in Egypt, a land full of seduction, for many years, and retains his righteousness and does not fall to the temptation of the wife of Potiphar. He is one can flirt with his inclination without worry. When his brothers come before him and he can return to them that which they did to him, he stands like rock in face of the vengeance that can develop in everyone. He is the one who declares, "I fear G-d." (Bereishit 42:18)

This is righteousness that allows the formation of Hashem's words from within the Torah, with absolute certainty that what will be created is indeed, the word of Hashem and not his own words. When there is this quality of righteousness, it is then possible to turn to the great goal of Eretz Yisrael – forming the word of Hashem in all areas of life – with certainty that this is the word of Hashem, and that we are upholding the kingship of Hashem and building His Throne. Perhaps this is the meaning of the Kabbalistic works that say that tiferet (Yaakov – Torah) influences malchut (David – Oral Torah) through yesod (Yosef Hatzadik).

Therefore, the appearance of Mashiach son of Yosef precedes the appearance of Mashiach son of David, and it will instill and reveal the righteousness that is inherent in Israel, His holy nation. This righteousness is expressed in the covenant that is etched in our flesh, whose essence is to nullify all interests before the word of Hashem, to be the King's servants. (Thus, it says in the Midrash: "Israel merited to inherit Eretz Yisrael only in the merit of milah.")

This appearance will bring to the fulfillment of the pasuk: "Your people will all be righteous, they will inherit the land forever; a shoot of My planting, My handiwork, in which to glory." (Yeshaya 60:21) – speedily in our days, Amen! 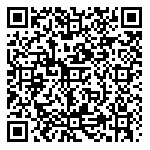