Haftarah: "There were Four Men who were Lepers"

Beyond the general connection between Parshat Metzora and its Haftarah, which deals with lepers, we read in the Haftarah the practical application of one of the halachot. In the parsha we learned: "His dwelling shall be outside the camp" (Vayikra 13:46), and in the Haftarah: "There were four men who were lepers at the city gate." (Melachim II 7:3)[1] Chazal identify those four as Gechazi and his three sons. (Sanhedrin 109b; Sotah 47a) Thus, Elisha's curse was fulfilled: "'Naaman's leprosy shall therefore cleave to you and to your children forever!' When [Gechazi] left his presence he was [white] as snow with leprosy." (5:27) There, Gechazi's leprosy is mentioned; our Haftarah continues to talk about the leprosy of his descendants.

This is probably the lighter part of Gechazi's punishment. The more severe part is described in the beginning of Perek Chelek: "These are the ones who do not have a share in the world to come ... four commoners: Bilaam, Do'eg, Achitophel and Gechazi." (Mishna Sanhedrin 90a) It seems that besides Gechazi's sin in the episode with Naaman, there were many other offences, which add his name to the undignified list of those who were rejected from life in the world to come.

The Gemara continues to explain his sin: "What did he do? Some say: He hung a magnet for the "sin of Yerovam" (the golden calf) and suspended it between heaven and earth. Others say: He engraved [G-d's] name in its mouth, and it would proclaim and say, 'Anochi' and 'Lo yihyeh lecha.'" (Sanhedrin 107b) According to both explanations, Gechazi greatly enhanced the power of Tumah, and with an act of magic he either suspended Yarovam's statue in the air or caused a voice to issue from its mouth.[2] It is obvious that Gechazi sinned and caused others to sin by doing so, and we have already learned: "One who sins and causes others to sin is not given the opportunity to repent." (Sanhedrin 107b)[3]

The Gemara offers another explanation for Gechazi's sin: "Some say that he drove the rabbis away from [Elisha's] presence." Rashi: "He drove students away from Elisha's yeshiva." The Gemara proves this from the pasuk mentioned before Gechazi's leprosy: "The disciples of the prophets said to Elisha, 'Behold, the place where we are staying is too cramped for us.'" (7:1) The Gemara infers that until now they had not been cramped. According to the Gemara, benches were added to the Beit Midrash after Gechazi was removed. Indeed, preventing student registration is also considered causing others to sin like idol worship.

This sin appears also in another source:

Gechazi was great in Torah, but he had three [wicked] things: He was stingy, immodest, and he would not accept the resurrection. Stingy – when Elisha was sitting and teaching, Gechazi would sit at the gate and the students would see him and say: "If Gechazi is not entering, we should enter?!" Elisha would sit and teach and people did not benefit. Immodest – as the Shunamite woman said to her husband: "[Elisha] is a holy man of G-d who passes by us regularly" (Melachim II 4:9) – He is holy, but his student is not holy, as it says: "Gechazi approached to push her away" – he put his hand into her beauty [i.e., between her breasts]. He would not accept the resurrection – etc."[4]

Chazal also teach about the hostile attitude Gechazi held towards his mentor: "For what was Gechazi punished? For calling his master by his [personal] name as it says: 'Gechazi exclaimed ... and this is her son whom Elisha had revived." (Sanhedrin 100a) Furthermore, leprosy comes, of course, because of gossip, which he also engaged in: "Gechazi told gossip about his rabbi and he was stricken with leprosy until the day he died" (Avot D'Rabbi Natan 9).[5] Through the gossip and the lie that he told Naaman, he ended up swearing in vain, which itself causes leprosy: "R. Shmuel bar Nachman said in the name of R. Yonatan: Leprosy comes because of seven things - for gossip and for bloodshed and for swearing in vain ... as it says,  'Ho'el (a word for swearing; i.e., swear that Elisha sent you)! Take two talents!'" (Erechin 16a)

Above all, Gechazi was punished for chilul Hashem (Bamidbar Rabbah 7:5):

Elisha sanctified Hashem's name, as he didn't want to take anything from Naaman; Gechazi chased after him and falsely swore that he was sent to bring money. Thus, he desecrated the name of heaven that Elisha had sanctified. Hashem said to Gechazi: Wicked one, you said, "As Hashem lives, [I swear] that I shall run after him and take something ("me'umah") from him" (5:20) – you swore in My name to desecrate it, by your life you said "me'umah" – and "mumo" (his condition, i.e., leprosy) you shall take.

[We will add here the pasuk in the Torah that mentions taking from banned property: "No part ("me'umah") of the banned property may adhere to your hand." (Devarim 13:18)]

Why were his sons punished? It is possible Chazal's rule applies here, too: "Do'eg, Achitophel, Gechazi, and Avshalom ..., who set their eyes upon something not fit for them – what they sought was not given to them, and what they had was taken from them." (Sotah 9b) The Radak writes: "Since his sons knew about it."[6] The Zohar writes: "Elisha saw more then the rest of the prophets, and he saw that no decent son would issue from Gechazi. Therefore, he cursed them all."[7]

Yet, for this rejection that Elisha completely rejected Gechazi he was punished, which will be addressed in another study.

[1] Rashi also notes here: "At the city gate," as it says: "He shall dwell in isolation; his dwelling shall be outside the camp."

[2] We will not enter here into the argument between the Rambam and the Ramban, if there is any substance to the forces of Tumah or if it is just sleight of hand.

[3] The Gemara cites another opinion: "The interpreters of verses used to say, all of them enter the world to come, as it says ... 'Moav is my washbasin' – this is Gechazi who was smitten on account of matters involving bathing." (Sanhedrin 104b)

[4] Yerushalmi, Sanhedrin 10b, quoted from Ishei HaTanach, pp. 97-98. For parallels to the story of the woman, see Pirkei D'Rabbi Eliezer 33 and Brachot 72a. Regarding the resurrection see our study on the Haftarah of Vayeira in Invei Hakerem Bereishit, pp. 92-95.

[5] In the GRA's version of Avot D'Rabbi Natan, which appears in Nach im Torah Sheb'al Peh, the version is: "Afflictions [of leprosy] come also upon liars, as we found with Gechazi, who told lies about his rabbi and he was afflicted with leprosy until the day of his death".

[6] The Radak directs his words towards David curse of Yoav, "Upon all his father's house" (Shmuel II 3:29): "If Yoav sinned what did his father's house sin? The pasuk was only referring to those who assisted him and strengthened his hand, as it says in the Torah: 'Then I shall concentrate my attention upon that man and his family' (Vayikra 20:5), and Onkelos translates: 'Those who assist him.'" 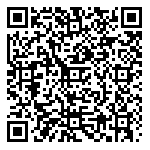