The Midrash Rabbah on our parsha (16:2) relates the following incident:

There was a certain peddler who would travel around the towns near Tzipori, and would announce: "Who wants to buy the elixir of life?" ... [R. Yanai] heard him announcing. He called the peddler over and said to him: "Show me the elixir of life that you are selling!" He took out a book of Tehillim, and showed him the verse, "Who is the person who desires life?" What does it say afterwards? "Guard your tongue from evil ... Turn from evil and do good." (Tehillim 34:13-15)...R. Yanai said: All my life I was reading this pasuk and I did not know how simple its meaning was, until this peddler came and informed me, "Who is the person who desires life?" Therefore, Moshe warns Israel and says to them: "This is the law of the metzora" ... the law of the motzi shem ra (slanderer).

What novel interpretation did that peddler add to R. Yanai's understanding of that pasuk?

The Maharal explains that what struck R. Yanai in the peddler's rendition of that pasuk was that observing proper speech is not just a remedy for life – but it is life itself! Speech is man's life, and one who harms his ability of speech diminishes his vitality.

The connection between the ability of speech and a person's vitality appears in Parshat Bereishit in the pasuk: "Hashem formed the man of dust from the ground, and He blew into his nostrils the soul of life; and man became a living being." (Bereishit 2:7) Onkelos translates "a living being" as "a speaking spirit." Speech connects the body and soul, and this is the living being of man. For this reason man is referred to as medaber (speaker), because this is his entire essence and the source of his vitality, and this is his advantage over other animals.

Thus, when a person harms his ability of speech, he ruins all of his limbs, as Chazal say: "This is the law of the metzora – This is what it says: 'Let not your mouth bring guilt on your flesh' (Kohelet 5:5)." Through the sin of the mouth man reduces all his flesh, because speech is not something confined, but it is all of man.

This is the new insight of that peddler: "Who wants the elixir of life – guard your tongue from evil," because the tongue is a person's life. If he guards his tongue, which is life – he is called alive, but if the person is a slanderer – how can he have life?

Therefore, one who speaks lashon hara is punished with tzara'at, because a leper is considered dead, as it says: "Let her not be like a corpse" (Bamidbar 12:12), and Rashi explains that a leper is considered dead. This is tit-for-tat. Since he harmed his ability of speech, which is a person's vitality – therefore, he lost the source of life, and his defilement is like that of a corpse.

However, we can learn an additional point from the peddler's words on the pasuk, "Who is the person who desires life ... Guard your tongue from evil ... Turn from evil and do good." There is an emphasis here not only on avoiding evil, but also on doing good. Thus, the Gemara teaches in Masechet Avoda Zara (19b): "Lest a person say, I guarded my tongue from evil and my lips from speaking deceit, I will go and indulge in sleep? Thus, it says, 'Turn from evil and do good.' Good is none other than Torah, as it says, 'For I have given you a good teaching, do not forsake My Torah.'" (Mishlei 4:2)

This means that since the ability of speech is the life force of man, it is not enough that he guards his mouth and sin from speaking evil. Rather, he should use the ability of speech for "do good," which is none other than Torah, as it says, "For I have given you a good teaching." Therefore, a person should verbally utter the words of Torah, and it is not enough that they should be in his mind alone.

Thus, the Gerema in Eruvin (54a) says, "Shmuel said to Rav Yehuda: Sharp one, open your mouth and read, open your mouth and learn, so that it will remain with you and you live long, as it says, 'For they are life to he who finds them (lemotz'eihem)' and healing for all his flesh. (Mishlei 4:22) – Do not read lemotz'eihem, but rather lemotzi'eihem (who utter them) verbally. " It is not enough to learn Torah in the head; one needs to utter the words of Torah with the ability of speech, which is ones vitality, and for this he his assured long life, as it says, "For it is your life and the length of your days."(Devarim 30:20)

About this it says, "Death and life are in the power of the tongue" (Mishlei 18:21), because one who desires to live should speak the words of Torah: "For they are our life and the length of our days, and in them we will speak day and night." 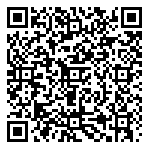