Haftorah: "The Plowman will Meet the Reaper"

The conclusion of Parshat Acharei Mot warns Bnei Yisrael: "Do not become contaminated through any of these [illicit relations] … Let not the land disgorge you for having contaminated it, as it disgorged the nation that was before you." (Vayikra 18:24-28) The prophecy of Amos, which is the Haftorah of Parshat Acharei Mot and also the Haftorah of the joint parshiot Acharei-Mot and Kedoshim (Rama O.C. 428:8), relates initially to both parts of this warning. There is a prophecy of rebuke about the "sinful kingdom," whose punishment will be exile -- "I will shake out Bnei Yisrael among all the nations, as [grain] is shaken in a sieve" (9:9) -- as promised in our parsha. However, the second half of the Haftorah deals with the Messianic era: "On that day I will raise up the fallen booth of David (9:11); "Behold, days are coming" (9:13), in which, "I will return the captivity of My people Israel … I will plant them upon their land and they will never again be uprooted from their land." (9:14-15)

Amos prophesizes that in the context of those days, "The plowman will meet the reaper, and the treader of grapes [will meet] the one who carries the seed." (9:13) Like many other prophecies of the Messianic era, this prophecy relates to the dispute that we find within Chazal and the Rishonim as to whether in the Messianic era there will be a miraculous transformation or the blessing will come within a natural framework. On the pasuk, "I will cause wild beasts to cease from the land" (Vayikra 26:6), it says in the Sifra: "R. Yehuda says: He will remove them from the world. R. Shimon says: He will curb them so that they will not harm." The Ramban explains that their dispute revolves around this issue, whether the animal's wild nature will be altered. In the Gemara (Brachot 34b) the Amoraim also dispute this issue: "R. Yochanan said: All of the prophets prophesied about the Messianic era … He argues with Shmuel, for Shmuel said: There is no difference between this world and the Messianic era other than the subjugation of the kingdoms." The Rambam and Ramban also argue over this issue: The Rambam (Hil. Melachim 12:1) rules like Shmuel, whereas the Ramban (Vayikra 26:6; Devarim 20:6) like R. Yochanan.

We would like to explain this prophecy, "The plowman will meet the reaper," based on the principle of "fluid prophecy." The essence of this principle is that there are prophecies that are subject to various explanations and applications, and how the prophecy will actually be fulfilled is dependent upon Bnei Yisrael. If they will be worthy of it, the prophecy will be fulfilled in a short time and in a clearly miraculous manner. Otherwise, it is possible that the same prophecy will be fulfilled on a lover level, within the framework of the normal laws of nature. (We elaborated upon this principle and brought many examples of it in the book, "Yonah -- Prophecy and Rebuke," pp. 187 ff., and what is relevant here is found on p. 213 ff.)

The commentators, in explaining this prophecy, all refer to the blessing stated in the Torah, "Your threshing will last until your vintage, and the vintage will last until the sowing." (Vayikra 26:5) They explain, "There will be so much grain so that they will be involved in the reaping of the grain until the time of plowing, so that the plowman will meet the reaper, like it says in the Torah..." (Radak, Rashi and others) Their language indicates that there will be an unusual bounty of grain, but there is no indication of a miraculous nature to this bounty.

How do we know that a tree will be planted and bear fruit on the same day? It says, "He made a memorial for his wonders" (Tehillim 111:4), and it says, "fruit trees, yielding fruit each after its kind" (Bereishit 1:11), that on the very day that it is planted -- on that very day it bears fruit.

The same idea is found in the Radak in his explanation of Yechezkel’s vision, "Along the stream will grow every [species of] food tree … every month it will yield new fruit" (47:12) -- "The fruit will not cease, since every month there will be new fruit, and this will be a miracle." Chazal similarly taught, "Trees are destined to produce fruit every day, as it says, ‘It will bear branches and produce fruit,' just as branches are every day, so too fruit [will grow] every day." (Shabbat 30b) According to these interpretations, "The plowman will meet the reaper," promises not only a bounty of grain, but also rather an actual miracle, in contrast to today's practice, "Those who tearfully sow will reap in glad song." (Tehillim 126:2) In the future, the sowing and reaping will be at the very same time.

Here, too, we will see in these prophecies "fluid prophecies," whose level of fulfillment depends on Bnei Yisrael’s spiritual level. The greatness of bounty and the strength of the miraculous manifestation are directly proportional to the degree of the refinement of Bnei Yisrael. The physical blessing of increased grain within a natural framework, which is alluded to in the words, "The plowman will meet the reaper," has the potential to turn into a wondrous, miraculous blessing of, "On the same day he plants; on the same day he reaps," which is alluded to in the very same pasuk. The proper interpretation of the pasuk Bnei Yisrael will determine themselves, in accordance with the principle of "fluid prophecy."

The Lubavitcher Rebbe explains the same way, in resolving the Rambam’s ruling, "that in the Messianic era nothing will change from the nature of the world" (Hil. Melachim 12:1), with the words of the Sifra, that in the times of the redemption there will occur miracles in the plants. He suggests that according to the Rambam there are two stages in the Messianic era: In the first stage, nothing will change in the nature of the world. However, later on, when the entire world will recognize G-d's rule, "'and the earth will be filled with the knowledge of Hashem as water covering the sea bed,' which is the completion of the state of 'they merit' -- the world's nature will be altered, and a miraculous guidance will be practiced." 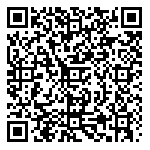