In your Mouth and in your Heart

The topic of teshuva appears in our parsha: "For this commandment that I command you today - it is not hidden from you and it is not distant ... Rather, the matter is very near to you - in your mouth and your heart - to perform it." (Devarim 30:11,14)

What is "this commandment?" Some Rishonim explain that this refers to the entire Torah. However, the Ramban writes that "this commandment" is the commandment of teshuva (repentance), which appears just before this: "You will return unto Hashem, your G-d."(30:2) The Torah dictates here the positive mitzvah of teshuva. This is the meaning of "in your mouth and in your heart," because teshuva is comprised of remorse (charata) and commitment for the future (azivat hacheit) - which is a commandment "in the heart," and confession (viduy) - "in you mouth."

All mitzvot in the Torah, whether positive or negative, if a person violated one of them, whether intentionally or unintentionally, when he does teshuva and repents from his sin - he must confess before G-d, blessed be He, as it says, "A man or woman, if they do any of the sins ... They should acknowledge their sins that they did" - this is verbal confession.

The Meshech Chochma (Parshat Vayeilech) raises a question on the verse, "[Am Yisrael] will say on that day, 'Is it not because my G-d is not in my midst that these evils have come upon me?' I will surely have concealed My face?" (31:17-18) Why was the teshuva of Am Yisrael ineffective, when the recognized the sin of idolatry and decided to cease worshipping idols, that G-d does not accept their teshuva?

The Meshech Chochma explains based on the Rambam mentioned earlier. He asks: at first glance, how can there be a mitzvah of teshuva, that the person say, "I accept upon myself not to sin and to observe the mitzvot of the Torah." Even without the mitzvah of teshuva he is commanded from Mt. Sinai not to violate G-d's commandments?! Just because he sinned, does the sin become permissible for him that it is necessary to command him again? The very same prohibition that he had before he sinned obligates him also after he sinned - so what need is there to add an additional commandment of teshuva?

However, the Mesech Chochma continues, there is a possibility of the mitzvah of teshuva, and that is teshuvat hamishkal (counterbalance). The Rambam writes in Shemone Prakim (introduction to Mishnayot Perek Chelek), that a person should tilt himself to the opposite side and prohibit to himself things that were permissible to him. For example, the Gemara writes about David Hamelech that to atone for the sin of Bat-Sheva he who would dress up his concubines and tell his evil inclination: You desired something prohibited to you (Bat-Sheva); I swear that I will refuse something permissible - and abstain from them. Thus, for every sin a person can actively do teshuva by prohibiting to himself thing that are permissible of the same sort.

However, regarding the sin of idolatry, anything of the sort is prohibited, and therefore for idolatry there is no teshuvat hamishkal by tilting to the opposite side. Thus, the teshuva of counterbalance of the Rambam does not apply, and there is only one possibility - verbal confession for the sin of idolatry. Therefore, when Am Yisrael says, "Is it not because my G-d is not in my midst that these evils have come upon me?" - there is, indeed, remorse and acceptance for the future and this is teshuva. However, they are already commanded from Har Sinai not to worship idolatry and there is no means to fulfill the mitzvah of teshuva through action. The only thing that they can do is to confess verbally about their sins, and this they did not quite do. Therefore G-d says that teshuva like this does not help, and therefore, "I will surely have concealed My face on that day."

May G-d grant us during these days to repent with complete teshuva, and we will merit " your will return unto Hashem, your G-d." 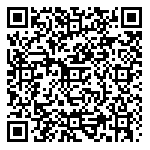